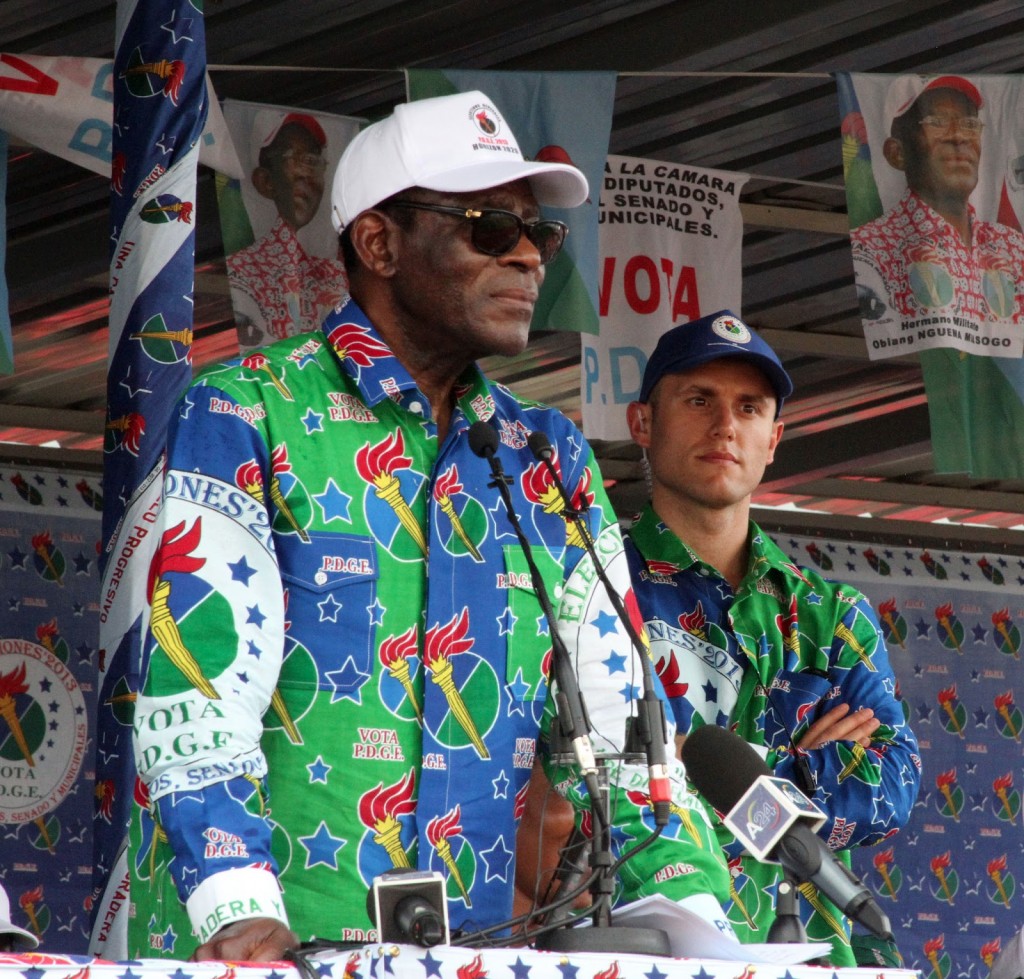 Just two men, both from the same family – Francisco Macías Nguema and Teodoro Obiang Nguema Mbasogo – have led Equatorial Guinea since independence from Spain on 12 October 1968.

President Macías soon set about dismantling the democratic structures agreed at independence. He assumed absolute power in March 1969, created a single party state in February 1970 and decreed himself President for Life in July 1972. Ruling by decree for the next seven years, he executed thousands of citizens, including over two-thirds of the original 1968 parliament, and forced a quarter of the population into exile.

President Obiang seized power in a military coup on 3 August 1979, installing himself as provisional head of state under a military council, before declaring himself president on 11 October 1979. He is Africa’s longest continuously serving head of state. In August 1982, a new constitution was implemented after a referendum, setting seven-year terms for the presidency. The constitution gave extensive powers to the president; including naming and dismissing members of the cabinet, making laws by decree, dissolving the Chamber of Representatives, negotiating and ratifying treaties and serving as commander-in-chief of the armed forces.

The current ruling party Partido Democrático de Guinea Ecuatorial (PDGE) was not formally created until 1987, and is dominated by President Obiang’s Fang ethnic group. In July 1988 it ran as the only legal party in the second set of legislative elections, winning 100% of the seats in parliament. Three years later, Equatorial Guinea switched from a single party state to a multi-party democracy after a constitutional referendum. However, in parliamentary elections held in November 1993 the PDGE secured 68 of 80 available seats. The Convergencia para la Democracia Social (CPDS) and two smaller parties shared the remainder.

Subsequent parliamentary and presidential elections, held in an environment that has not been conducive to a free and fair process, have produced landslide victories for President Obiang and the PDGE. In the May 2013 legislative elections, the PDGE won 99 of the 100 Chamber of People’s Representatives seats and 54 of the 55 elected seats in the Senate. In the last three presidential votes – 1996, 2002 and 2009 – Obiang has averaged 96.77% of the vote, with official turnout recorded at over 90%. The electoral process has been adhered to, but a commitment to truly competitive democratic processes remain absent.

On 29 August 2014, President Obiang called for a National Dialogue that November, involving all opposition political leaders – including those in exile, the most high profile of whom is Severo Matías Moto Nsá, leader of the Partido del Progreso de Guinea Ecuatorial (PPGE). This took place in the capital city, Malabo. Despite these overtures Obiang has been accused of abuses of power and using the country’s oil to entrench and enrich himself, at the expense of citizens.

On 12 November 2015, Obiang confirmed his intention to run as the PDGE party’s presidential candidate in the upcoming vote. Despite a constitutional referendum in 2011 which put in place a two term limit (each of seven years), he remains legally able to do so as the legislation does not apply retroactively. After 36 years in power, President Obiang shows no intention of going anywhere, with the  a dynastic succession to one of his two sons Teodorín, currently Second Vice President or Gabriel Lima, Minister of Hydrocarbons, a possibility.

Oscar Scafidi is an African security and risk consultant, history teacher and travel writer. He is the author of the Bradt Guide to Equatorial Guinea and in June 2016 he will attempt to kayak Angola’s longest river, the Kwanza, in support of local mine clearance efforts.