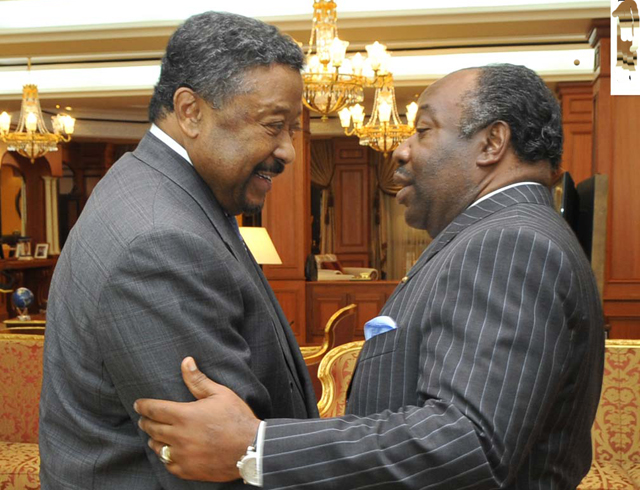 In Gabon, four main institutions manage the electoral process: the Ministry of Interior, the Autonomous and Permanent National Electoral Commission (CENAP), the Constitutional Court and the National Council of Communication (CNC). None of these institutions are seen as independent.

Incumbent President Ali Bongo Ondimba was elected in 2009, just four months after the death of his father, Omar Bongo Ondimba, who served as president for almost 42 years. At the time of his death, Omar Bongo was the longest-serving ruler in the world, royalty aside. After one term in office, President Ali Bongo seems intent on preserving family rule and remaining in power beyond 2016. The Bongo family has ruled Gabon for 49 years to date.

Gabon was governed under a single-party system from 1968 until 1990. In 1989, the return of opposition figure Father Paul M’Ba Abessolo to the capital Libreville after 13 years in exile seemed to herald the start of a transition to a more democratic era.  In 1990, popular protests against the rise in the price of commodities forced Bongo to accept a conference that opposition leaders hoped would promote this transition. A year later, the constitution was amended to formalise adoption of a multi-party system.

However, Bongo remained in power. He won 51% of the votes in the 1993 presidential election; and parliamentary elections in 1996 were dominated by the PDG. Both polls were widely viewed as rigged. After winning a second term as elected president in 1998, Bongo’s position was further entrenched in 2003 when parliament reversed a 1997 constitutional amendment that had introduced presidential term limits. The amendment also removed the country’s run-off system, replacing it with a single round of voting in presidential, legislative and senatorial elections. These changes were led by the ruling PDG and were passed with minimal political opposition. They allowed Omar Bongo to stay in office until his death in 2009.

Ali Bongo won the 2009 presidential election but secured only 42% of the vote, significantly lower than the 79% polled by his father in 2005. His main challengers were former allies within the ruling PDG who resigned from the party to run as independents. Ali Bongo’s poor performance reflected widespread popular scepticism regarding his ability to position himself as his father’s heir: Omar Bongo had been an adept manipulator of political patronage to undermine the opposition. In the 2011 legislative elections, the first since Omar Bongo’s death, the PDG fared far better than its leader had in the presidential contest, mainly due to a divided opposition: the party won 114 of 120 seats. Ali Bongo has struggled to distance himself from his father’s legacy, despite efforts to cast himself as a business-oriented, modern president.

Presidential elections are scheduled before the end of 2016. In 2014, Jean Ping, one of Gabon’s most powerful ministers and former Chair of the African Union Commission, emerged as a serious challenger to Bongo. Ping has severed all ties with the PDG and, on 15 January 2016, was nominated as the presidential candidate of the newly formed United Opposition Front for Change (FOPA). FOPA members include many former supporters of Ali Bongo’s father. So although Gabonese voters may have the option of supporting a more credible opposition in 2016, the same political elites that have dominated politics since the early 1990s remain to the fore.

Kamissa Camara is the Senior Program Officer for West & Central Africa at the National Endowment for Democracy (NED). Prior to NED, she worked for the International Foundation for Electoral Systems (IFES) where she managed electoral assistance programs in sub-Saharan Africa and the Caribbean. She has trained over 300 electoral management officials in Senegal, Niger, Guinea, Côte d’Ivoire, Mali, Burundi, Nigeria, Uganda, Gabon, DRC, France and the United States on electoral operations and elections management. She tweets at @kamissacamara