What’s at stake in Tanzania’s constitutional referendum? Part I: One nation, two governments

Tanzania is scheduled to hold a national referendum on 30 April 2015. For the first time in the history of the United Republic, citizens will be able to vote for a new constitution – or katiba. Our Briefing Note and interactive timeline explain how the country reached this milestone. Despite a belated attempt to educate Tanzanians about its contents, many prospective voters remain unfamiliar with the 296-article proposed constitution. This piece – the first in a series of three on the proposed katiba – considers the relationship between the two constituent parts of the Union. The series is written by ARI’s Nick Branson.

After three years of fractious debate over the basic law, Tanzanians might consider the forthcoming referendum something of an anti-climax. The proposed constitution embraces continuity more than change. Most importantly, the government structure will remain as it has been since the Acts of Union in 1964. 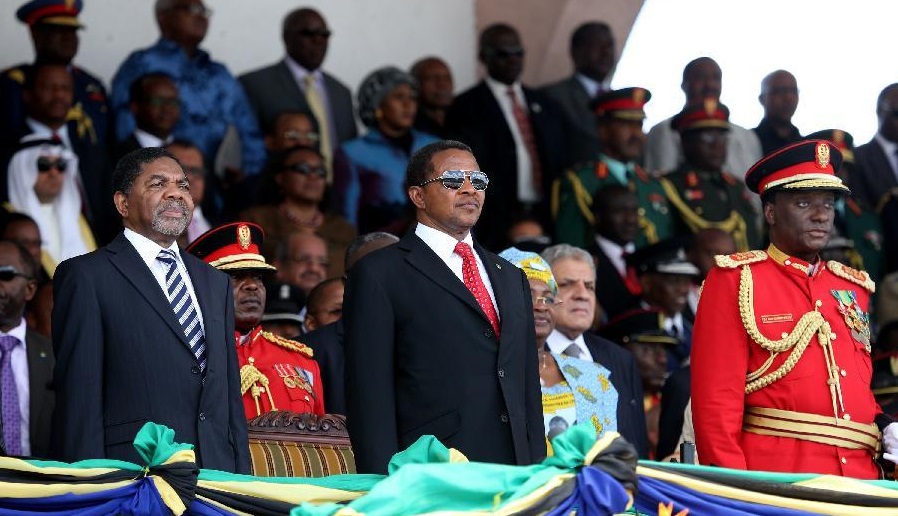 It could have been different. The Warioba Commission, following extensive consultation with citizens and legal experts, recommended a three-tier government; one for mainland Tanzania, another for Zanzibar, and a smaller parliament for the Union. This would have reversed the historical trend whereby Bunge, the National Assembly in Dodoma, has assumed responsibility for an ever-increasing number of ‘Union matters’ (as opposed to matters which fall under the authority of devolved government). Initially limited to 11 core functions related to national security, finance and external affairs, the number of Union matters doubled in the 30 years following independence. Warioba recommended a reduction to 7, but the new katiba endorsed by the Constituent Assembly proposes 16.

The failure to establish a separate government for the mainland will disappoint many from both parts of the Union, but for different reasons. Those on the mainland see no reason why Tanganyika should not have an autonomous government and parliament, just as Zanzibar does. Under the 1964 agreement, the Isles have their own dedicated president, cabinet and legislature, in addition to an independent judiciary where kadhi courts adjudicate on family matters applying the principles of Islamic law.

Yet many Zanzibaris believe that they remain a junior partner in the Union, and would prefer a fully-fledged federation. Under the new katiba, taxes on exports and tourism will continue to be collected by the national government; but some fear that this arrangement will be extended to newly-discovered gas reserves off the island of Pemba. These fears appear baseless as crude oil, petroleum and natural gas were removed from the schedule of Union matters of the proposed constitution. However, if the plebiscite succeeds and dispute erupts, it will fall to a new Union Affairs Commission, created under Article 128, to adjudicate.

A new katiba could also exacerbate tensions between different sects of religious conservatives. In 1993, Christians on the mainland scuppered plans by Zanzibar – where the population is 99% Muslim – to join the Organisation of the Islamic Conference (OIC). Article 76(ii) of the proposed constitution affords the government of Zanzibar “the ability and freedom to establish a relationship or partnership with any regional or international community or institution”. If Tanzania elects a Christian president in October, will they allow the Isles to explore a relationship with the OIC?