This is the final piece in a series on Tanzania’s proposed constitution, or ­katiba. Here we consider how historical attachments to African socialism have been balanced with efforts to enshrine new norms and values in the basic law. Read about the preservation of the two-tier government in part one, and changes to the presidency and parliament in part two. The series is written by ARI Senior Researcher Nick Branson.

Tanzania’s founding president, Julius Nyerere, was a prominent advocate of socialism, but also committed to fundamental freedoms. His 1967 Arusha Declaration, which was integrated into the 1977 katiba, balanced socio-economic rights with civic and political ones. Nyerere cited human rights abuses as justification for invading Uganda and toppling Idi Amin from power in 1979. Tanzania also made significant contributions to the 1981 Banjul Charter. 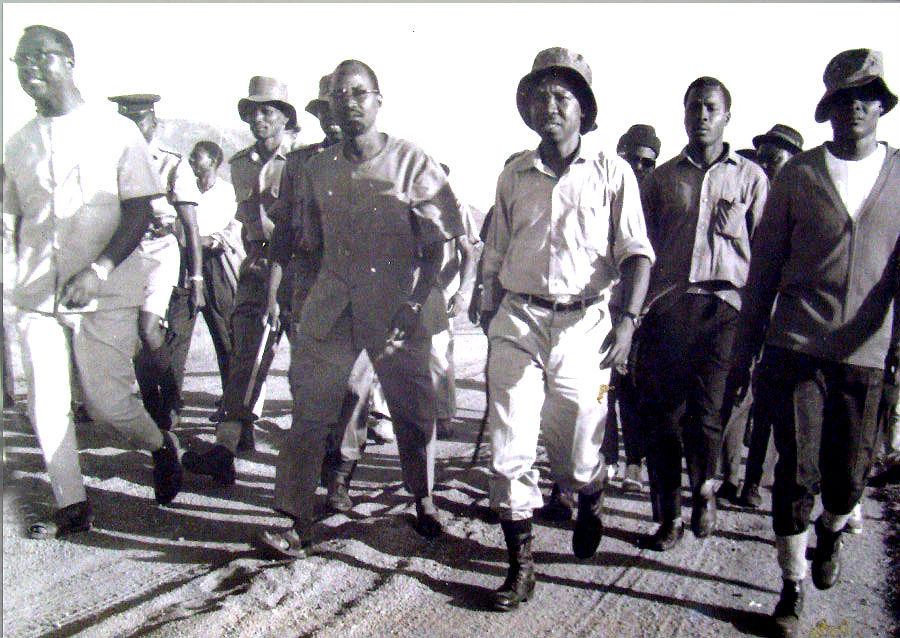 President Julius Nyerere on the Arusha Declaration March in 1967. Image via juliusnyerere.net

Reading the text of the proposed constitution, it is striking how much of Nyerere’s now dated rhetoric has been retained, and how this is juxtaposed with modern rights. Despite the United Republic having moved from African socialism to a market economy and multi-party democracy two decades ago, the preamble and first two chapters contain five references to Mwalimu’s trademark principle of kujitegemea, or national self-reliance.

This doctrine has been extended to Article 23(ii)(a) which stipulates that “only Tanzanian citizens shall have the right to own land”, a major departure from the Warioba draft. It has also been updated to promote gender equality. Under Article 23(ii)(d) women would be able to acquire, own, use, develop and manage land on the same conditions as men for the first time. This is balanced with provisions for communal land ownership: Article 56(c) provides for minorities “to be given land where they traditionally live and source or produce food”.

If adopted, Chapter V would enshrine in the basic law the fundamental freedoms which Tanzania has long articulated in its international relations. Additional protections are made for the right to privacy, enshrined in Article 37 and extended to judicial investigations under Article 48(iv). Further ambitious innovations include the right to a clean and safe environment, and to potable water, under Articles 50 and 51; while Article 57(d) provides for equal pay for women.

These rights would be granted in exchange for fulfilling responsibilities to the nation. For example, Article 61(i)(a) obliges Tanzanians to “participate dutifully and honesty in lawful and productive work” – another phrase reminiscent of Nyerere. Parliament has been tasked with embodying the new rights and responsibilities in law, potentially offering Tanzanians the opportunity to adopt a new Bill of Rights.

Chapter VI provides for changes to the laws on citizenship; an issue which was hotly debated by the Constituent Assembly. Article 68(ii) declares that Tanzanian nationality can be acquired by birth or by registration. Those born in the country must have one parent from the United Republic if they are to obtain citizenship; however, registration is open to those married to nationals, and those either born or adopted during such a marriage. For the first time, Tanzanian men and women would be able to transmit citizenship to their spouse, provided the marriage lasts a minimum of seven years.

Although dual-nationality remains prohibited, Article 70(vi) provides for those who have lost their citizenship to register as Tanzanians once again. Parliament must legislate on the procedure, but as an interim measure, Article 72 provides for those of Tanzanian descent to be afforded a ‘special status’ when visiting the United Republic. It does not, however, define what that would entail or whether such individuals would be eligible to inherit or purchase property. Unless the government is quick to detail the provisions in legislation, it risks leaving itself open to legal challenge on this issue.

This series has considered a number of constitutional changes which have piqued the interest of the author, rather than attempting a comprehensive analysis of the 1977  katiba, the 2013 Warioba draft, and the proposed constitution. The reflections of interested readers are welcome by email.