Margaret C. Lee is Associate Professor of African, African American and Diaspora studies at the University of North Carolina at Chapel Hill. The focus of her latest book, Africa’s World Trade, is informal actors’ interactions with global trade networks. Through interviews with African participants, Lee brings the reader into contact with individuals at the forefront of this phenomenon. In so doing, the study goes beyond much of what has been written on Sino-African relations, extending debates about informal economies into a global context, says Jamie Hitchen.

As Africa’s exposure to the global economy continues to increase, the possibility of accelerating globalisation from below should not be ignored. In this context, Lee provides new and welcome insights into less formal, south-south trade relations.

Focusing on China’s engagement with Africa in the informal realm, Lee seeks to discover and understand the world inhabited by global informal traders who operate on the edge of legality. “Trading Posts”, Guangzhou or “Chocolate City” in China, and Oshikango on the Namibian-Angolan border, provide the setting for snapshots. 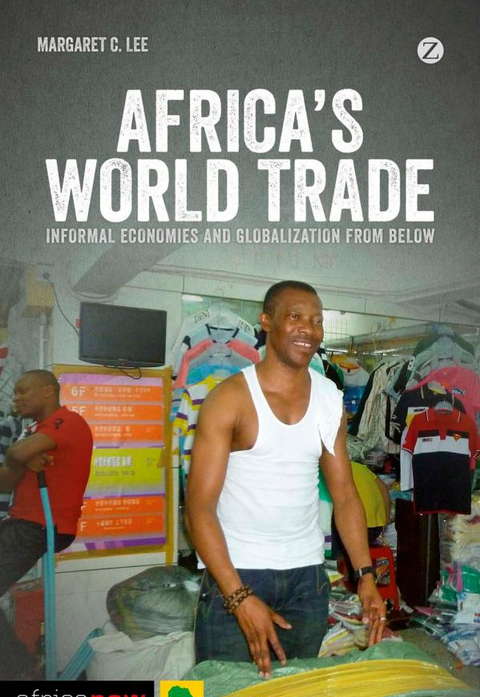 In Guangzhou, Lee interviews African traders beset by challenges. Many report being frequently cheated by Chinese businessmen, harassed by immigration officials and restricted, mainly on the basis of race, to one enclave of the city. They feel constantly under threat. In Oshikango, she observes growing xenophobia towards Chinese traders but they still retain a degree of independence and are rarely threatened by state officials if they pay the requisite bribes.

Beyond the experience of traders, the book discusses the impact on local markets of a flood of cheap goods from China. Both African and Chinese informal traders bring Chinese goods to Africa which are then sold at a price that undercuts local products. This liberalised trade is inhibiting domestic development and leads Lee to offer a strong critique of the “elite consensus” among African leaders that has developed in support of neo-liberal capitalism.

In the final chapter, this criticism extends to the US African Growth and Opportunity Act (AGOA). Lee, building on previous critiques, convincingly argues that it has failed in its objective to give Africans access to US markets. In particular she laments the lack of a “rule of origin” provision which has enabled ‘quota-hopping Chinese businesses’ to create “screwdriver plants”, factories that assemble using goods from elsewhere for transhipment. Despite the creation of jobs, economic development has not occurred and factory workers are forced to endure abhorrent conditions in exchange for a pitiful salary.

The value of Africa’s World Trade lies in capturing the experience of traders and bringing nuance to our understanding of globalisation within a south-south framework. These are voices lost in discussions about rising GDP figures and Lee rightly contends that economic growth does not necessarily equate to economic development. Her critique of the hegemony of neo-liberalism in Africa, through AGOA, highlights how it undercuts nascent local industries and has failed to provide economic development for the majority of poorer citizens.

A significant omission, which Lee acknowledges and which leaves the book open to suggestions of imbalance, is the lack of interviews with Chinese traders, particularly in Guangzhou. While African voices are heard, a greater analysis of how their experience fits within wider arguments and discussions of the globalised informal economy would have been helpful.

In summary, Lee provides valuable insights on the human beings at the heart of informal global trade who are an undoubted, but often unseen, part of economic relations between China and Africa. The informal shapes the formal and vice-versa, even at the global level. Further evidence, capturing more and differing voices, will be welcome but this book provides a succinct introduction to the phenomenon of growing globalisation from below. It is a topic that policymakers, journalists and academics interested in Africa’s relations with the world’s leading and emerging economic powers, should consider carefully.

“Africa’s World Trade” will be complemented by a forthcoming study by the same author provisionally entitled “Africa’s International Global Trade Regimes: Globalization from Above”.
This review was originally published on Africa at LSE, and is reposted here with permission. Jamie Hitchen is a Policy Researcher at the Africa Research Institute.