On Africa’s future: Snapshots from the OECD Africa Forum in Paris

In his opening remarks at the OECD Africa Forum in Paris on October 7, Angel Gurría – the organisation’s Secretary-General – cited a number of statistics which attest to “remarkable dynamism” in many African economies over the past decade. As one would expect from a realist, Gurría also flagged widening inequality, the “ticking time bomb” that is youth unemployment on the continent and the fact that – for all the economic growth – some 50% of the population is classified as living in extreme poverty.

The theme of the OECD forum was “Harnessing natural resource wealth for economic transformation”, but diverse related topics were addressed during panel discussions. Here are a few comments I found striking, from panellists to whom it is always worth paying close attention:

Donald Kaberuka, President, African Development Bank: “We can learn much from Asia, but no country’s economic model can be transposed to another. There is no escalator or lift to development. Asian countries have made many mistakes. But the role of institutions is critical, the state being one of them. In Africa, dismantling the state [during structural adjustment] was catastrophic. Latin American countries missed the demographic dividend and are paying the price. We must get it right in Africa and must use natural resources to do it. But countries that do not have abundant natural resources are not condemned to failure”.

Carlos Lopes, Executive Secretary, United Nations Economic Commission for Africa: “Think of piracy in the Straits of Malacca, Kashmir, Myanmar, elections in Vietnam. Asia is very good at marketing and Africa is not”. 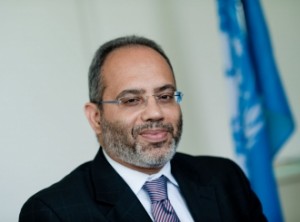 On economic growth and structure

Lamido Sanusi, Governor, Central Bank of Nigeria: “Is Africa’s average GDP growth really fantastic? China grew at 10% plus for 30 years. The question we need to ask is: at what rate does Africa need to grow to alleviate poverty? From its low base, Africa should be growing much faster. The growth in recent years has also been driven largely by external demand, so any shock will create huge fiscal and growth problems”.

Donald Kaberuka: “Social inclusion will be critical for the sustainability of economic growth. In my opinion, the best way of all to do this is to get the children – male and female – of the poor into education.”

Lamido Sanusi: “What is China exporting to Africa that can’t be produced in Africa? Everything was produced in Africa before structural adjustment. The situation can be explained by under-investment in technology, infrastructure and education. We need to compete with China, India, Brazil and others. Localisation of production is required. In Nigeria, we grow tomatoes but we import all tomato paste from China and a Chinese-owned company in Italy. Petroleum products are the largest UK export to Nigeria. It’s good that we’re now talking about industrial policy. It used to be taboo to mention it when discussing development”.

Carlos Lopes: “There are two untruths which you often hear. Firstly, that most of the economic growth in Africa has been generated by natural resources. Secondly, the significance of FDI from certain countries is inflated and the type of investment misrepresented. At 4% of its total FDI China’s investment in Africa is merely risk capital. I wish they would do more. The number one investor in Africa is South Africa and services – not natural resources – account for most FDI on the continent”.

Mario Pezzini, Director, OECD Development Centre: “Even if FDI in Africa were twice as high, it would not be sufficient to absorb the number of people coming onto the job market annually. If agricultural productivity improves, there will be a need to absorb all those who lose rural employment and livelihoods. Urban centres are not up to the job”.

Carlos Lopes: “Africa needs to create 15 million jobs a year. We can’t do this through agriculture if we carry on doing it the way we do now. The focus is on agriculture as a social issue. It needs to be treated as an economic issue, as a business. We have 60% of the world’s uncultivated arable land in Africa. We could feed the world, not just Africa”.

Carlos Lopes: “In the context of regional integration, there is the political taboo of market integration. The issue of trade has been hijacked by the international agenda. We’re still discussing Doha after 12 years. So much is happening above the head of the state – international rules and treaties and so forth – or under its belly, like trade by-passing border posts”.

Donald Kaberuka: “We need acts of integration, not texts and words”.

Lamido Sanusi: “Where are African governments spending their money? Salaries, overheads and subsidies. There are only three or four countries in Africa pursuing realistic policy. Nigeria, Kenya and Ghana are not among them. In Nigeria, a rent-seeking oligarchy controls the political process and it is easier to make rent from oil money than to build manufacturing”.

Donald Kaberuka: “Many countries fight corruption at low levels but not at high levels”.

Lamido Sanusi: “I think frankly that some African governments have not decided what they want to achieve. They also need to think about linkages. For example, if Nigeria industrialises the impact on Benin will be huge – it survives on importing goods from China to sell into Nigeria”.

Mario Pezzini: “We have to focus on how increased tax revenue is spent as much as calling for more efficient taxation”.

Carlos Lopes: “In 2011, tax revenues from natural resources increased by 40%. Profits made by international extraction companies increased by 110%. We need a completely different regulatory set-up in Africa”.

Fatih Birol, Director and Chief Economist, International Energy Agency: “Africa generates US$400 billion per annum in oil and gas revenue. The continent’s oil output is equivalent to that of Saudi Arabia, the world’s largest producer. Its gas output is double that of Qatar. But two-thirds of the oil and half the gas is exported. Energy consumption in Africa is the same as that of New York State, which has a population of 17 million. 700 million people have no access to electricity and this number will not decrease in the next 20 years”.

Donald Kaberuka: “There is an energy crisis in every country in Africa, and donor funding cannot solve it. We need a new approach, leveraging development assistance and private investment”.