Sool Region: sovereign ambiguity vs a geopolitical system of nation-states?

On independence in 1960, Somalia was widely regarded as “the African electoral democracy most likely to succeed”. The people were (mostly) united by language, religion and culture, with few of the inconvenient ethnic divisions that were meant to make democratic nation-building so difficult. To outside observers, the sheer vitality of democratic debate, building on centuries-old discursive traditions, was evidence of just such a bright, representative future.

That the rosy predictions were to prove so wrong was a surprise to many outsiders and not a few Somalis. Indeed, while it is tempting to employ the certainty of hindsight in seeking reasons for the collapse of the Somali state, it is beholden on those who take such questions seriously to recognise that, as naive as the optimism seems today, many of the presumptions that lay behind it were reasonable enough. The question as to just why it has proven so hard to establish a single, legitimate Somali state is a perfectly valid one; and the answers are neither as obvious as we often assume nor easily found in the political morass that is Mogadishu or its Nairobi hinterland.

Somaliland is often (and rightly) held up as evidence that state-building and electoral democracy in the Somali Horn is possible. But within the territory of the old British Somaliland Protectorate, Sool Region paradoxically offers much evidence as to why the process is so difficult.

The residents of Sool overwhelmingly hail from a single clan grouping in the form of the Dhulbahante. While Sanaag region, to the north, boasts four major sub-clans from two quite different lineage traditions, Sool boasts a degree of kinship homogeneity that is rare even in the Somali Horn. Yet it is one of the most persistently conflict-affected areas in the region. The Dhulbahante are split between affiliation to Puntland, Somaliland and Khatuumo State; a division that is actively fomented by those three polities, with each regularly declaring an intention to impose government on the region. None however have been able to convince a sufficient proportion of the Dhulbahante to settle the matter. While that situation sounds fundamentally dysfunctional, there is a sense in which it represents an important level of socio-political functionality.

On a recent research trip to Laas Aanood, the administrative capital of Sool, I was struck by the way in which people I spoke with were eager to identify themselves as “Somalilanders”. This in spite of the fact that the graffiti around the town’s Nugaal University still showed explicit support for the anti-Somaliland insurgent group SSC; and that loyalty to Somaliland is tenuous at best in the town. This illustration is superficial, but demonstrates a point which I found interesting.

While low-intensity conflict and significant levels of inter-state tension have persisted for many years, the people of Sool get on with their lives. Business, social life and travel continue in the midst those tensions through employment of a sort of ambiguity that allows for flexibility in political (but not clan) affiliation. 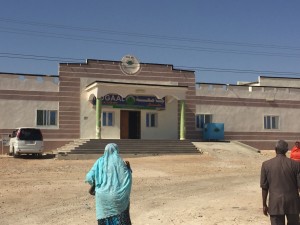 For our study in Laas Aanood we carefully ensured that research questions would not demand responses that indicated loyalty to any one of the political entities that lay claim to the region. The research was about gender and socio-political structure, rather than national or regional affiliation, so we didn’t feel it necessary to press for a potentially awkward response. When we requested the consent of respondents the form had a space to indicate gender, the word in Somali being jinsiga – an important item of information given the nature of the research. No one objected to completing the form, but almost every respondent completed the section with the response “Somaliland” rather than “male” or “female”.

It had taken days of discussion with local partners to come up with different translation options for the word “gender“, which has no direct Somali equivalent. We used jinsiga because it is the term favoured by international and local agencies, and we thought it would be the easiest to understand in that context. However, the word jinsi can also refer to one’s origin, and it was in that context that our respondents were so keen to identify themselves as Somalilanders that they presumed that was the meaning in this instance.

Why Somaliland and not Puntland or Khaatumo? The respondents all knew that we had arrived in town from the Hargeisa side. Our vehicles had Somaliland licence plates and we were accompanied by Somaliland security and research staff. Few foreign visitors to Laas Aanood come from the Puntland or Buuhoodle/Ethiopian directions because of the visa/border difficulties they would encounter. It was therefore logical to presume that we must somehow be connected with the Hargeisa administration. That presumption is indicative of many things, not least the fact that the researcher is never “neutral“. But in this case, it struck me also as an example of a feature of Somali politics that I have come to know well: the ability to maintain the sense of ambiguity that I mentioned earlier. While feelings are passionately held, people know when to express them and when not. They are often comfortable – even eager – to declare a political affiliation (or opinion) which they feel is most likely to be acceptable in a given situation.

This is not uniquely Somali. We all accommodate significant degrees of ambiguity in our relations with others, withholding declarations of political, religious, sexual or other identity if we feel they are not politic. The Somali example is interesting, then, not for its uniqueness but because that ambiguity extends to the formal realm.

In the case of most nation-states, such ambiguity has been actively eradicated from the public political sphere. To question the sovereign arrangements of a given nation is a treasonous offence, demanding of the most severe penalties. In a Somali context, though, one quite often finds an accommodation between different sovereign alternatives. In Sool, it means proffering a declaration of affiliation with Somaliland when that seems appropriate. In neighbouring eastern Sanaag, parallel Somaliland and Puntland administrative offices and officials co-exist in the same towns, with locals working with either or both as the need arises.

In many ways, this helps to explain the resilience of Somali society in the absence of effective state institutions: people use those that are available and are adept at balancing apparently competing loyalties. It also illustrates the reason why it has proven so difficult to establish a single and viable Somali state. The idea of sovereignty in the nation-state sense is not one that finds a strong base in Somali custom.

The claims of Somaliland, Puntland and Khatuumo over Sool and large sections of Sanaag are widely seen by international observers as a significant problem. They find the Somali propensity to sovereign ambiguity difficult to understand. As a result, states or aspirant governments – including the three active in Sool – are pressured to resolve these ambiguities, with military force the fall back option if more peaceful means fail. 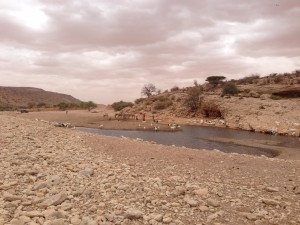 The Sool situation is worrying because that struggle is still unfolding. While international partners urge restraint and peaceful resolution, the reality is that the international system neither understands nor allows room for ambiguity on the subject of sovereignty. Sool, and the geological formation that runs through it in the form of the Nugaal valley, has been the site of exploration for oil, and there are still hopes that significant deposits will be found. If that occurs, the pressure of a system that demands sovereign clarity in tandem with the high economic prize represented by hydrocarbons – even at a time when oil prices are low – might well force an issue that would perhaps be better left unforced.

With luck, these fears will prove unfounded. But my concern is that the Nugaal valley has many factors that could lead it to becoming a new and apparently irresolvable site of Somali conflict. This situation would not arise because of any Somali propensity to violence. Rather, I suggest it would occur because the people find themselves pressured by an international political and economic system that is neither able nor willing to accommodate precisely the sovereign ambiguity they have employed to enable sufficient stability to sustain life and livelihoods. Our research experience provided just a small reminder of the complexity of the situation.

Michael Walls is a Senior Lecturer at UCL’s Development Planning Unit (DPU). He has worked for the past 13 years in the Somali Horn of Africa, most particularly on evolving political settlements in Somaliland. He is leading a research project focused on developing a gendered perspective on Somaliland’s political settlement. He has also been a part of the co-ordination team for international election observation of Somaliland’s elections in 2005, 2010 and 2012; and is observing the 2016 voter registration process.

Michael is a member of Africa Research Institute’s advisory board and author of “Statebuilding in the Somali Horn: compromise, competition and representation”.