A small step toward democracy in Somalia

In 2012, a breakthrough appeared imminent in Somalia, which had suffered more than two decades of conflict and state failure unparalleled in the contemporary world. That year, advances against Al Shabaab by a multi-national military force created breathing space within which statebuilding could take place.

A new Federal Government of Somalia (SFG) was formed, the first permanent national government since Siad Barre’s regime collapsed in 1991. A provisional constitution was ratified, paving the way for Somalia’s transition to a parliamentary democracy (a permanent constitution was to be drafted in a subsequent process that would consult communities across the country). Federal Member States (FMS) were to be formed as the building blocks for regionally devolved governance, with inclusive representation at the federal level. Most hopeful of all, the SFG declared that the first “one person one vote” parliamentary elections in nearly 50 years would be held in 2016.

Now that the milestone year of 2016 has arrived, many view the intervening four years as an era of disappointment, compromise, setbacks and unnecessary delays in the political transition. FMS structures have been formed, and a degree of safety and normality has returned to many Somalis’ lives, but many opportunities have been lost. The constitutional review has stalled and the new government has fallen well short of its promises to provide an effective security framework and basic services to the population. Al Shabaab continues to mount spectacular attacks throughout Somalia. FMS formation, though it has made impressive progress, remains far from complete and has been beset by territorial disputes, clan-based tensions and a weak commitment by the SFG to delegating significant authority. Much of the international support for Somalia’s transition has reinforced a top-down dynamic that privileges the centre over the periphery. 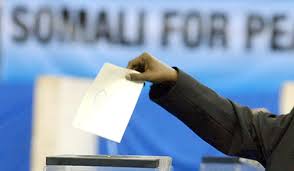 Most disappointing of all, in July 2015 the federal parliament passed a resolution stating that direct elections would not be possible until 2020. Although technical and security challenges were cited as the reason for the delay, in reality it was the result of a lack of political consensus on FMS formation, as well as the reluctance of political elites to embark on a universal suffrage election. There is consensus among national and international observers that Somalia has not made enough progress on institutional development to stage a direct election that is safe and representative.

Instead, Somalia will do the best it can to climb one rung of the ladder to democracy, and to inject a modicum of legitimacy into the political transition. With the reluctant support of the international community and the emerging FMS’ consent, the National Leadership Forum (NLF) has created a highly complex semi-electoral process for 2016. This process expands the electorate significantly from the body of 135 clan elders who voted in 2012, but it still only gives the ballot to a tiny fraction of Somalia’s population: 14,025 electors in total (the 275 seats in the Lower House will each be allocated by electoral “colleges” of 51 voters). Furthermore, it is largely the same elders—at least those who are still alive—selecting the electoral colleges for each seat, and the process further entrenches the well-worn “4.5” clan power-sharing formula that many Somalis sought to leave behind in favour of direct democratic systems.

The election format, which will be implemented on a compressed timetable concluding in late October, presents plentiful  opportunities for manipulation and violent interference. It was designed – and will be overseen – by NLF-created institutions that lack a constitutional mandate. It is unclear whether effective measures will be employed to safeguard against the vote-buying and bribery of elders that marred the 2012 process. A prominent decision-making role in the Upper House selection has been allocated to FMS governments, although many of these remain shaky works-in-progress. This raises the political stakes and poses the risk of exacerbating tensions within and between fragile FMS’s such as Galmudug, Hiraan and Middle Shabelle, not to mention upsetting the delicate clan equilibrium that has been achieved in better established FMSs and the capital. 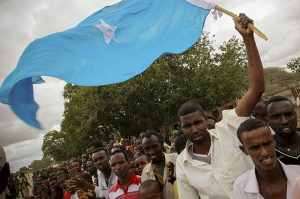 The 275 different electoral events taking place nationwide will be costly to secure and will present attractive targets for Al Shabaab and other armed groups interested in fomenting instability.  In a national context where formal security provision remains weak, the risk of trading “blood for ballots” in the interest of a dubiously representative process is high. National and international actors must seek to balance their support for the success of the election with the imperative of maintaining stability. They should also recognise that Somalia’s transition to democracy will continue to be evolutionary and incremental.

Whatever the outcome of the 2016 elections, all parties should use the experience to inform their approach to facilitating a democratic transition in Somalia. Is it best to continue prioritising the holding of nationwide direct elections as soon as possible? Or to recognise the value of expanding the franchise step by step, while carefully assessing how much pressure nascent state institutions and fragile peace settlements can bear at each stage? Closer consideration should be given to the question of whether combining top-down SFG-centric approaches with a greater focus on the bottom-up consolidation of democratic governance at the FMS level would better advance statebuilding.

When the process is concluded, those with an interest in sustainable peace in Somalia will also need to redouble their efforts to keep the country on track for genuinely universal and representative elections in 2020, in the knowledge that without credible institutions in place—FMS governments, a permanent constitution, electoral management bodies, political parties, effective dispute resolution mechanisms—it is likely that the democratic goalposts will continue to shift.