5 things to know about humanitarianism

1. There is no global consensus on how to manage conflict

Since the 2011 military intervention in Libya, there has been a clear lack of international agreement on how to deal with armed conflict. As a result, the number of humanitarian actors operating in war zones has decreased. Although the ICRC does not want to be based in country capitals alone, and regards getting direct and sustained access to affected populations as a priority, it believes that humanitarian organisations have restricted space in which to operate.

The ICRC is seen as a service provider and its claims of impartiality are not taken as a given by the recipients of humanitarian assistance – people want proof. People draw on long memories when it comes to assessing organisations. For example, the ICRC has been negotiating for nine months with Sudanese government officials, many of whom can call on thirty years of experience of the organisation’s operations. 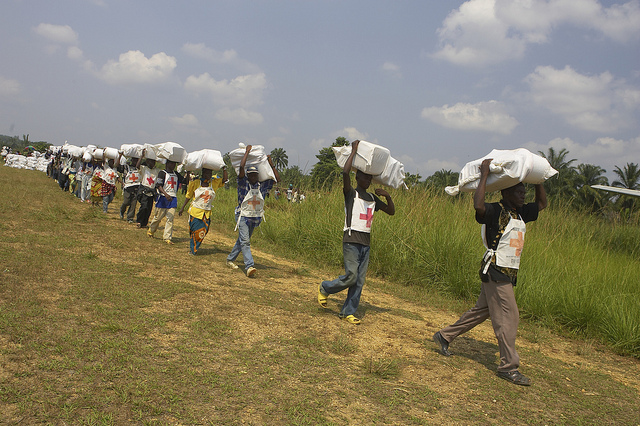 3. Predictions: a humanitarian Tripadvisor and more problems in West Africa

In five years’ time, Daccord expects that there will be the equivalent of a Tripadvisor for the humanitarian sector, which will rate organisations based on user reviews of their performance. Regarding regions to watch, the situation in north-east Nigeria is likely to remain incredibly complex and turmoil in Libya is likely to have knock-on effects in Niger.

4. Health workers are being attacked – and that’s a big problem

One of Daccord’s most pressing concerns is the targeting of health workers and infrastructure. Health facilities have been looted in CAR, Syrian doctors are criminalised for tending to enemy fighters, and the ICRC has had to publicly urge fighters to respect medical personnel working in South Sudan. This worrying trend must not go unaddressed and needs to be actively challenged by the humanitarian sector.

Daccord said that he is lost for ideas on how to generate more media coverage for humanitarian crises; he has tried everything but to little avail. The international media is less able to send correspondents to far-flung destinations so numerous outlets now share the same sources. Anecdotes seem to be the best way of attracting attention, but even then reader attention is fleeting. It is especially difficult to generate interest in conflicts like Somalia and CAR because there is no immediately obvious solution.