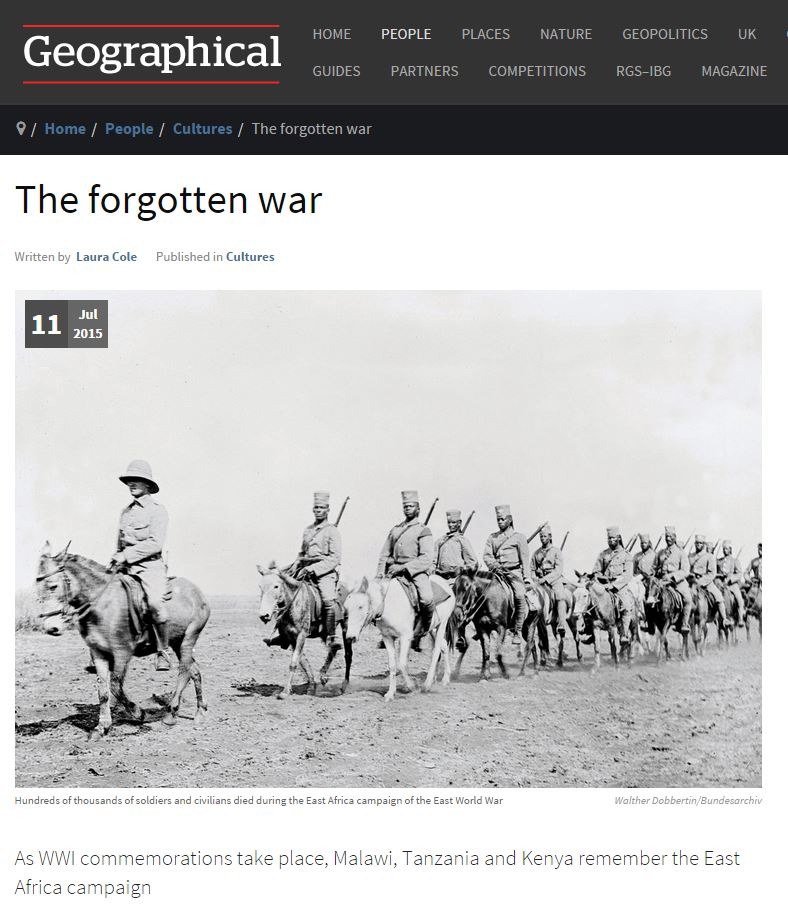 Edward Paice, ARI director and author of  “How The Great War Razed East Africa”, was interviewed for Geographical Magazine’s article on World War I in East Africa. Read the article here. A memorial service, one of many in the next three years, will be held in Taita-Taveta county in Kenya later in the month to remember the 95,000 carriers, several thousand soldiers and an estimated 368,000 civilians who died in the East Africa campaign of the First World War.