The economic performance of sub-Saharan African countries in recent years has been widely documented, and praised. Analysts and commentators regularly posit that after weathering the global economic downturn commendably, Africa is poised to become the next growth miracle. An over-reliance on weak empirical data –specifically gross domestic product (GDP) estimates – characterises such narratives. Any assessment on the continent’s economic prospects must consider whether or not there has been a real structural change in African economies since the 1990s. Current GDP estimates for the African continent offer little insight into this complex question.

In this interview Morten Jerven, author of “Poor Numbers: How we are misled by African development statistics and what to do about it” discusses some of these issues, and suggests ways in which more accurate data about the continent’s economic performance can be gathered. 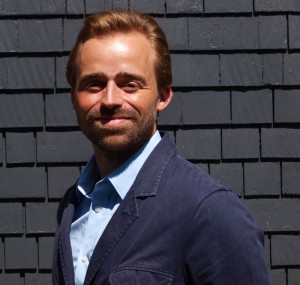 Why do governments, international agencies and NGOs rely so heavily on gross domestic product (GDP) as an indicator for economic development in Africa?

GDP is an ordering mechanism. The comparability of data is a central concern for international financial institutions that administer economic governance. The World Bank and International Monetary Fund – and also many of the United Nations agencies – desire a global standard which allows for the categorisation and ranking of countries according to their wealth. It also enables these organisations to distribute shares and votes accordingly and to allocate development assistance to nations fairly.

Why is it important not to take GDP at face value?

The basic problem is that GDP assumes the necessary information to calculate accurate estimates exists, and that it is available consistently over time. Of course, there is always some information missing in any GDP estimate. The validity of GDP data is always an issue. But this validity problem is most acute in the poorest countries. As a result, we know much less than we think we do about the economic situation of countries in sub-Saharan Africa.

What is a base year, and why is it so important?

The base year is the benchmark for financial calculations used in an index, or in this case, when computing the GDP of a nation. It is of critical importance because it determines the year in which prices are held constant, enabling statisticians to distinguish economic growth from inflation or price increases. The weighting of a sector relative to the whole economy is also established in the base year.

Base years are used for a number of purposes. A report on inflation in the British economy, for example, is based on data from a basket of goods – such as mobile phones, house rental prices, or even the price of eggs – which are followed over time. The measurement of these goods is fixed to prices in a particular year, to ensure that comparisons are like with like.

It is important that a country’s base year is regularly updated to keep track of technological change and ensure that each economic sector is weighted accurately. For example, people used to travel by horse and carriage, and today they use cars and taxis. GDP estimates must to be able to account for these changes. Information about the agricultural, manufacturing, industrial and service sectors included in GDP estimates are based on time-specific indicators. When the source of information or the choice of indicator becomes out of date, the resulting GDP estimate is likely to be inaccurate.

What are the kinds of changes that have taken place in African economies over the past 20 years?

The role of the government in the economy has changed significantly over the past 20 to 30 years. In general, the state in Africa used to be far more interventionist than it is today. In the 1960s and 70s, governments were involved in the buying, selling and transporting of agricultural goods. They regulated trade and licencing more heavily. Imports and exports were subject to greater taxes and tariffs. As a result, more information and data was collected by governments.

Fundamental technological change has taken place. The ubiquity of mobile phones has revolutionised communication in sub-Saharan Africa. Important changes in expenditure patterns have also occurred – cheap imports from China being an obvious example. The private sector is far more involved in education than it used to be. These are exciting economic changes, but they also present big administrative challenges for governments.

In 2010, Ghana changed its base year from 1993 to 2006 and subsequently revised its GDP upwards by almost 70%. Does this mean that Ghanaians are that much richer than we previously thought?

The upward revision of Ghana’s GDP presents a huge knowledge challenge. There is a reasonable picture of the economy in 2006, as there is for 1993. These are good snapshots, not perfect, but good enough. The picture becomes increasingly blurry as we move in between these years. At some point between 1993 and 2006, Ghana experienced a significant increase in its GDP per capita, although it is not clear exactly when this happened. There is also uncertainty as to whether a proportion of this income was simply missed in 1993.

Can data be retrospectively gathered to understand this change over time?

The task to discover what happened between 1993-2006 is considerable, but by no means impossible. The World Bank data group have not yet disclosed what they are doing in this respect. I’ve enquired as to how they link their 1993 data series with the 2006 equivalent – and have made some progress in understanding this – but am yet to not receive a conclusive answer. I am in contact with the Ghana Statistical Services. They too have not harmonised their two data series, and the new series diverges in 2006. The UN statistical office is not sure what to do. Large data analysis organisations like GapMinder do not have a solution. The imperative is to gauge what proportion of growth was a result of missed economic activity between 1993-2006, and how much is driven by changes in definitions and indicators.

What do Ghana’s revisions mean in a wider African context?

Ghana is in an exclusive group of 10 countries in sub-Saharan Africa with a base year less than a decade old. We are more comfortable comparing the GDP of these countries. However, researchers, academics and statisticians should be much more wary about comparing Ghana’s GDP with countries that have not recently updated their base year.

What is being done to improve the co-ordination and consistency of data collection between African countries, and by whom?

The African Development Bank signed a lot of agreements and partnership deals. The Partnership in Statistics for Development in the 21st Century, or PARIS21, has emphasised the importance of co-ordination, peer review and learning. The World Bank undertakes various statistical capacity building programmes. But is the political will really there? Unless there are concrete plans, with tangible carrots and sticks, real change is not going to occur. There was going to be an open public debate at OECD and PARIS21 on this topic on May 17th, but due to pressure behind the scenes the event was officially postponed, and took place as a closed seminar. My book – “Poor Numbers” – stresses the need for transparency and debate on statistics – which many people and organisations are not ready for. Time will tell whether the political determination to act exists.

African economies are largely informal. Is it possible to account for this accurately in GDP statistics without exaggerating progress, particularly as there are few surveys that capture informal activity?

Here is the crux of the problem. It is extremely difficult to accurately gather this type of data reliably over time. I think we need to lower expectations. It is not possible to capture everything precisely. A more realistic strategy would be to identify aspects of an economy that are of interest and collect frequent and reliable data on change. I’m all for tempering ambitions and informing data users.

Is there a causal relationship between the informal sector and economic progress?

The jury is still out. Keith Hart, a British anthropologist, “discovered” the informal sector in the 1970s at a similar time to the International Labour Organisation. There is still no consensus on how to define the informal economy. Nor has it been possible to devise an agreed notion of unemployment in sub-Saharan Africa. To be able to say anything meaningful about the causal relationship between the formal and informal sectors, an agreed definition of employment is imperative in order to categorise people. Research must adopt new methods. Ethnography and sociological research can tell us who people are, where they come from and where they are going. Running macro-economic data sets against each other will not provide the answer.

The Millennium Development Goals, Poverty Reduction Strategy Papers (PRSP) etc. resulted in a new demand for economic and poverty data. What impact has this had on national statistical offices?

PRSPs initially drew attention to statistical offices that had been neglected for some time. The problem with efforts to collect poverty data – namely household surveys – is that they are quite expensive and take a long time to analyse. In theory, the collection of poverty statistics is intended to encourage evidence-based policy. In practice, the opposite has occurred – policy-based evidence. If you give large rewards to reach a certain threshold, then people will reach it.

The other problem is that national statistical offices are being asked to conduct survey after survey. In some places, they are increasingly becoming a data collection agency for hire rather than engaging with the priorities of its citizens.

What can be done to improve the capacity and effectiveness of national statistical offices?

Many statistical offices are underfunded, but more money isn’t always the solution. There is a need to make the distinction between providing revenue for ad hoc surveys and regular administrative funding. Building administrative capacity is extremely important and often neglected. It is not only more money, but smarter money.

Is your book “Poor Numbers” an argument against using GDP to measure growth and economic progress in Africa?

If only it was that simple. I’m sure many people will conclude this from my book. For some time people have been arguing that GDP is an inappropriate measurement of economic change. But GDP estimates serve important functions. For example, in order to attain an idea of whether a country is getting better at collecting taxes, it must be as a percentage of GDP. There is no other way to measure this. GDP is as important to economics as temperature is to physics. It forms the backbone of international financial institutions. Of course, calculating GDP is not an exact science. Nor can GDP tell us everything we would like to know about the health of an economy. We must tackle this problem head-on rather than proposing to scrap it as a measurement tool entirely.

As more countries rebase their economies the continent’s GDP is likely to rise even more. Do you have any word of caution for those that might infer this means Africa will certainly be the next Asia or China?

It is important to remember that Asian economic growth was built on manufacturing and wage employment. This has not been the dominant pattern in sub-Saharan Africa. The political economy of growth in Africa and Asia – i.e. who is benefitting from this growth – is very different. A country that increases GDP from petroleum receipts is extremely different from one that does the same by growing agricultural output from small and medium sized farms. The distributional effects of wealth will be poles apart. Yes, many countries are much richer than we think they are, but a considerable amount of this growth has existed for a long time, undetected. What we need to understand is whether or not there has been a real structural change in African economies since the 1990s.