Why implementation fails in Uganda

Nine years ago, Lawrence Kiiza, the Director of Economic Affairs at Ministry of Finance, Planning and Economic Development (MoFPED) presented a paper at the National Graduate Institute for Policy Studies in Tokyo, Japan. Kiiza’s hosts had asked him to talk to their public policy students about the “Four Big Public Policy Challenges for Uganda.”

Kiiza outlined the four big policy challenges that Ugandans faced, then, as: 1) the size of the fiscal deficit and its relevance for total government spending; 2) improving the functioning of sector working groups (SWGs) whose main job is to identify, cost and rank the sector’s expenditure priorities; 3) the emergence of “vertical funds” – money that the international community spends on what it deems as priority programs such as global funds to fight AIDs, Tuberculosis and Malaria; and 4) integrating donor projects into the budget process, and eventually into the sector ceilings.

Aware of the poor policy implementation by his government, Kiiza left the Japanese students with some homework; “…identify practical ways and real performance measures for improving the policy execution process and speeding up the reform process, especially when we know there is a problem, but lack execution or implementation skills to turn it around in a reasonable time.”

Nine years later, I doubt Kiiza received any solutions from his ‘students’. Poor policy implementation remains Uganda’s main public policy challenge. Last month, I penned a piece in which I averred that perhaps the only policy that Uganda has not yet written is the policy on policy implementation!

I have since learnt that actually Uganda has a policy implementation monitoring unit under the Office of the Prime Minister (OPM). A couple of years ago, government also created a Delivery Unit (DU) in the OPM to ensure that plans and government programs are implemented. Both units have remained simply an extension of Uganda’s implementation tragedy.

Mr. President, here is the exact problem with your government: you are giving a great deal of attention to politics, policy design and planning instead of doing the small things that would make a big difference.

Whenever you and your colleagues in government identify a problem, you design a policy and a plan of dealing with it, and then identify a team of hand-picked ‘cadres’ which does not solve the problem, but study it further and report back to you how the problem is very serious.

Often they come up with a list of what needs to be done and all the people to blame. This is the list they give you to read in your State of Nation Addresses, Budget Speeches, and hundreds of other speeches you annually give. They turn you into a normative speaker; “We need…., we should…, we ought to do this and that.”

This kind of language should be spoken by opposition politicians and academics, but not by a leader of a ruling government — a government that has managed the country for 30 uninterrupted years.

But what are those simple things that may be done to get real problems in Uganda solved? We know that 82% of Ugandans reside in rural areas where 69% of them practice subsistence agriculture on land whose tenure is insecure. We also know that people are producing depending on gifts of nature. When the rains are good; bumper harvest. When the rains are bad; total crop failure.

We also know that these smallholder farmers lose nearly half of their produce to poor post-harvest management. Further, we know that when Ugandan peasants attempt to sell the little they manage to save from post-harvest losses, the middlemen fleece them by giving them very low farm-gate prices.

What needs to be done?

Therefore, we know why there is low incentive for peasants to work their gardens more productively. Private investors have also told us why they are reluctant to invest in the agricultural sector. And why a few farmers are investing in things such as high yielding varieties (HYVs) i.e. seeds and livestock, fertilizer, mechanisation and chemicals (pesticides, herbicides, insecticides at all other ‘cides). The simple reason they give is that farming is not profitable on the account of the high risk and low farm-gate prices. 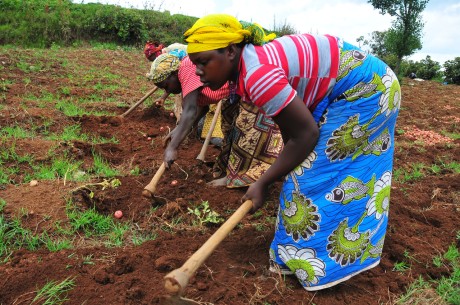 Agriculture is the mainstay of Uganda’s economy and employs the highest number of people, particularly women. (Photo: UNDP Uganda)

So, given these on-the-ground realities, what would I have done if I were in charge? I would start by enforcing the land law to have bibanja holders (squatters) get titles of their 2 – 4 acres of land.

I would create a win-win situation by having the tenants agree to pay a legally stipulated share of 20% of their output per season to the landlord for an agreeable period as compensation to the landlord. This would strengthen farmers’ individual land rights, act as a noncontroversial “land to the tiller” reform, and consequently as an incentive to the farmer to raise productivity.

After that, I would follow the zoning already done by the Ministry of Agriculture, Animal Industry and Fisheries (MAAIF) and do the following: start with setting up of regional agro-processing centres; each with modern facilities for drying, cleaning, storage, cold chains, factories, bulking and transport.

I would build two centres each financial year at a unit cost of $5 million (Shs.16 billion = Shs. 32 billion per year). These would reduce post-harvest losses, add value to farmers’ produce, and raise and stabilise farm-gate prices.

Then I would move and put up regional seed and breed production and multiplication centres to supply the farmers with good quality planting and breeding materials. A modern tissue culture seed germination facility costs about $2.5 million (Shs. 8 billion).

I would build two of the kind each financial year. I would sequentially invest in these facilities after solving the post-harvest challenge. Why? With the latter still uncontrolled, the farmers cannot have the incentive to buy the “expensive” HYVs.

The third simple intervention I would do is buying small irrigation systems such as drip kits, solar drips, sprinklers, and treadle pumps. I would start with high productivity but drought prone areas, especially the northern and western parts of the country.

After investing in these strategic, yet simple-to-do things, I would move to concretise the bilateral and regional trade agreements to secure the markets for the farmers’ produce. I would also complement this by gradually setting up special economic zones next to the rural agro-industrial centres to increase the demand for agricultural raw materials.

My simple calculation shows that I would allocate a reasonable annual budget of $120 million (Shs. 400 billion)  for the above activities. Given the current national budget of over $7 billion (Shs. 26 trillion), is this really asking for too much? Mr. President, this can be done.

The remaining question would be: who will actually do these things? Who will implement these doable things?  Kiiza talked of the “…lack [of] execution or implementation skills to turn [things] around in a reasonable time.” 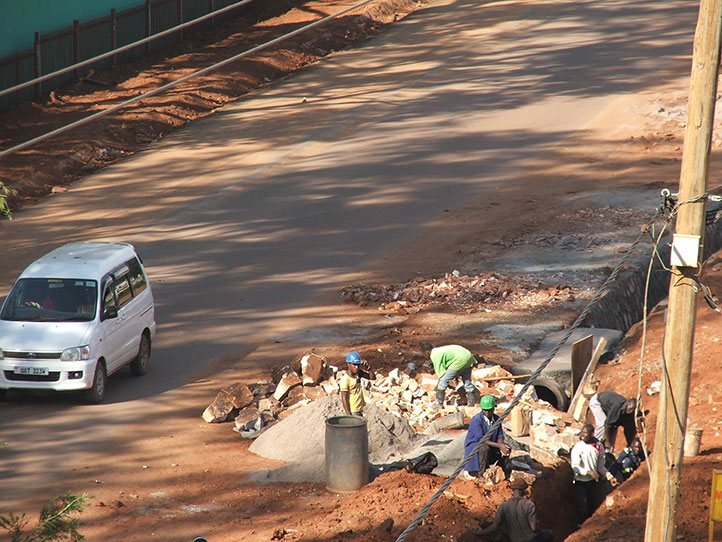 Well, Mr. President, my view is that the day you will get serious with your cabinet appointments will be the turning point in the implementation of your government’s programs. I heard you going on the defensive the other day you sworn in your new cabinet. It revealed to me that actually you also are aware that your cabinet is not the winning team that would deliver Uganda to the middle income status.

You needed to restructure not only cabinet but also the entire government to ensure that our perennial implementation problems are dealt with. There are four critical factors that your government needs to deal with: communication, dispositions or attitudes, bureaucratic structures, and integrity.

Mr. President, Uganda is not being held back by a lack of resources (let it financial, physical or human resources). No. Uganda is being let down by poor, indiscipline and unaccountable leaders. Ours is largely a governance and institutional problem.

In the place of politics and commonsense, kindly employ more economics and research to inform much of your decisions. It is only through those simple ways that you will be able to do the simple things that Ugandans need to make a big difference in their lives.

Ramathan Ggoobi is an Economist and Policy Analyst. He teaches economics at Makerere University Business School, where he heads an economic think-tank — MUBS Economic Forum.