This article was first published by The Sunrise and this edited version is republished here with the permission of the author.

Mr. President, this month you came out to attack those of us who have been commenting about the poor state of the economy. “I have seen people writing in newspapers that our economy is in bad shape; poor people, they have eyes but don’t see,” you said while delivering the state of the nation address, adding, “an economy which has got surplus electricity for the first time cannot be in a bad shape.” Without going into unnecessary digression – reminding you that a country where only two out of ten people have access to electricity cannot at the same time have a surplus – your explanation is similar to someone who says “a person with surplus food cannot be sick.”

Mr. President, a week before you delivered that address, I wrote a piece where I concluded “the good thing is that next week, I will have the benefit of your state of the nation address and the budget to see whether you are ready to have a fresh beginning or steady progress means we have the luxury to stay wrong”. It appears to me that you chose the latter. You have refused to recognise the truth, no matter how apparent it has become. The truth is that the economy is in a state that warrants some kind of jump-starting. But you condemned us who are offering free advice for “giving a pessimistic view of the economy”. Mr. President, it was Laurence Peters who once said “a pessimist is a person who looks both ways before crossing a one way road”. Except for novices, Ugandans know it is not advisable to cross any road in Kampala, no matter whether it is one-way, without looking both ways. In short, in Uganda if you want to survive longer, stay a pessimist.

“The agriculture sector, which contributes the lowest to GDP, is the one employing over 70% of Ugandans!”

Last week I promised to come back with a few suggestions on the way out of this economic malaise you preferred to deny. That is what I want to concentrate on. First, we must reorient public investment and incentives towards heavy investment in industrialisation, particularly manufacturing, if we are to change the structure of the economy. Mr. President, the relative economic progress that your government brought has not substantially changed our economic structure.

The agriculture sector, which contributes the lowest to GDP, is the one employing over 70% of Ugandans! The economy is not creating enough jobs; does not generate enough tax revenue to support the growing expenditures of government; and does not redistribute incomes amongst the people. To change this picture, government and the private sector need to do a few things differently. Economic history shows that all advanced countries, including the newly industrialising countries in Asia, broke the vicious circle of underdevelopment through industrialisation.

Virtually all of today’s industrialised nations actively supported and protected their industries through specific policies and institutions. I know the authorities at the helm of our economy do not want to hear anything to do with industrial policy. But they have failed to realise that the current overall development agenda in Uganda, following the private sector-led strategy with government focusing on providing a ‘facilitating environment’, is a fallacy. They believe in markets, yet they have failed to understand that even market economies need industrialisation policy to produce what to the markets demand. How else do they hope to change the structure of the economy?

It is conventionally known that development is fundamentally about structural change; and structural change is essentially about industrialisation. There was a time Uganda’s economy, though small, performed so well that the World Bank wrote a book that predicted Uganda – were we to continue on our path – would be a developed country by 2000.

At independence in 1962, Uganda exported processed and manufactured goods worth £29.6 million (UGX 136 billion at today’s exchange rate), and imported processed and manufactured goods worth only £133,000 (UGX 611 million), turning a surplus of £29.4 million on its trade balance. This was the time when the country ‘picked stocks’ i.e. pursued industrial and industrialisation policies. Back then, the industrial establishment was being promoted and largely financed by the government through the Uganda Development Corporation. This was the time when government subsidised interest rates to spur domestic investments. It was the time when the state provided direct loans and equity capital anchored on export discipline.

Since the 1980s however, when Uganda stopped picking stocks, the country has experienced a trade imbalance every year. The deficit has grown from US$83 million (UGX 298 billion) in 1980 to US$2.8 billion (UGX 10 trillion) in 2016. The reason industrialisation policy in Uganda has failed can be attributed to two factors: state failure between 1970s and 1980s and market failure since the 1990s. Mr. President, your economic advisers should stop confusing you: industrialisation failed in the 1970 and 1980s not because government intervened. It did not work because of state failure under Amin and the cocktail of subsequent governments.

The reason you have failed to build industries is because your government put a lot of trust in markets. You thought private investors, indigenous or foreign, would invest in manufacturing with minimal help from the state. This has never worked anywhere. A look at the composition of Uganda’s exports in the past two years gives a clear picture of how we have failed to industrialise. We are exporting mainly commodities (unprocessed agricultural produce and minerals) but when it comes to imports, manufactured goods dominate. To build industry, manufacturing in particular, we need strong institutional support, affordable development finance, smart and quality infrastructure, readily available technical and managerial skills, and reliable supplies of raw materials, all of which can only be guaranteed by the state. 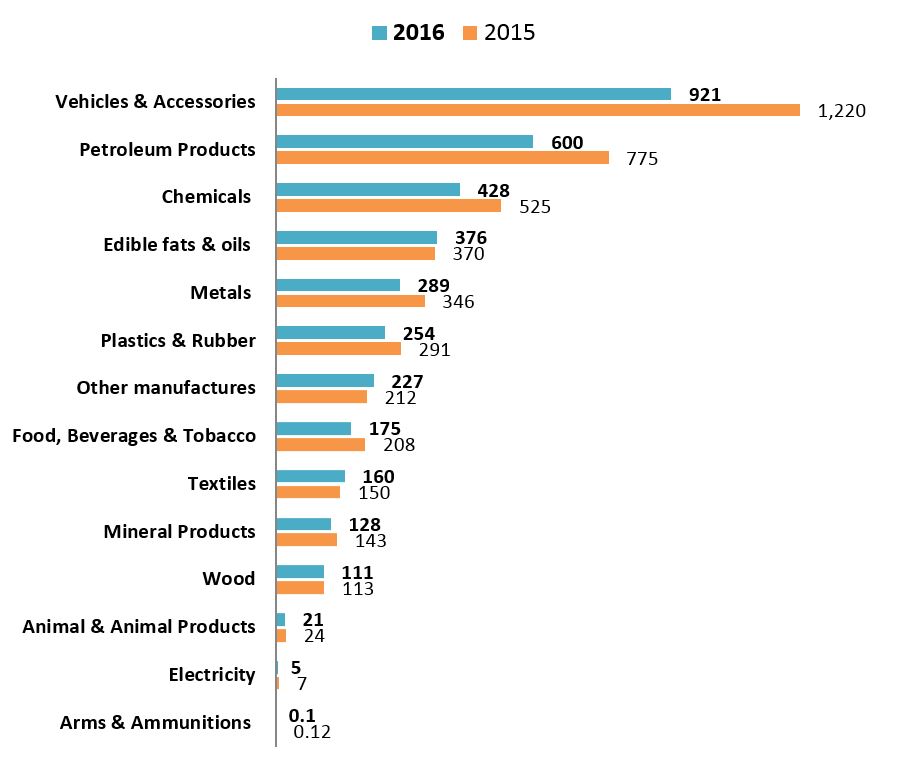 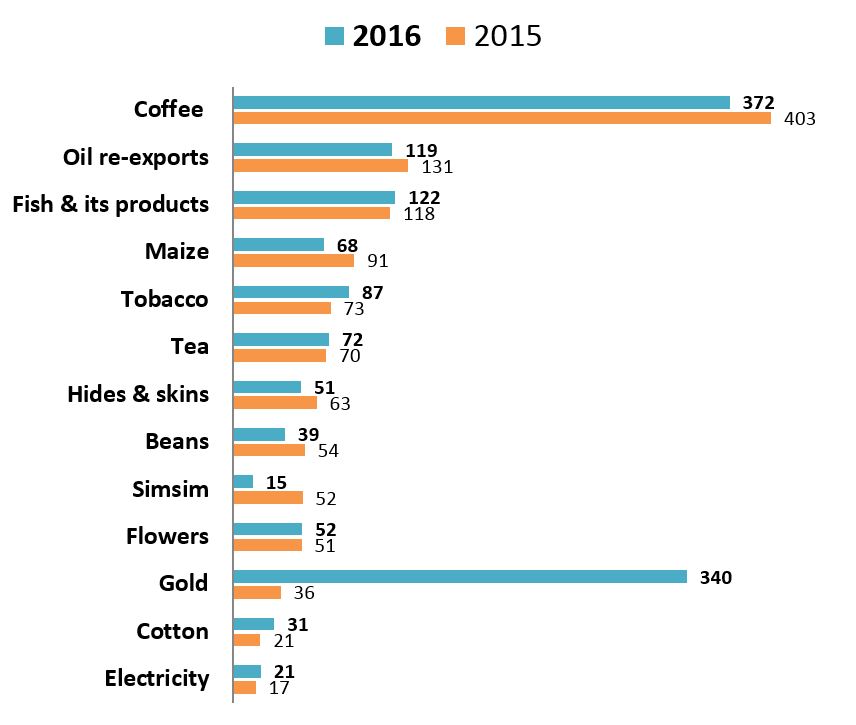 Mr. President, learn it from me if you still doubted that serious industrialisation everywhere has been spearheaded by the state. No country has ever industrialised, and certainly never will, with a private sector-led growth strategy. We lost it the moment we thought that the private sector will do everything. There is an urgent need to have a second look at the free-market economic system currently prevailing. We need to identify the role of the state, where markets are failing and where they are missing. However, we should not select projects for purely political reasons – the mistake we are currently making in the roads sector.

“No country has ever industrialised, and certainly never will, with a private sector-led growth strategy. We lost it the moment we thought that the private sector will do everything”

Mr. President, your government’s current industrial strategy is haphazard, unfocussed and does not support manufacturing. In the past 30 years, manufacturing has contributed, on average, only 7% to total GDP, only 4.2% to total exports and only 20% to the value added within industry itself. Manufacturing in Uganda is dominated by small and medium enterprises; they account for over 90% of businesses and generate over 80% of the manufactured output. They are largely engaged in the production of low value goods: processed food (40%), tobacco and beverages (20%), chemicals, print, soap and foam products (10%), metallic fabrication (8%) and brick and cement (8%). Foreign companies have made some investments in textiles, steel mills, tanneries, bottling and brewing, and cement production. We need to expand this if we want to create jobs and raise incomes for sustained growth.

Mr. President, we are hardly known for anything nowadays! Let Uganda be known for producing, processing and manufacturing agricultural products. We must increase investment in agriculture (using the value-chain approach) in order to increase production of raw materials for agro-manufacturing sector. We need to invest at least 8% of the budget in all stages of the chain – production and productivity, post-harvest handling, value addition (processing), and marketing. That is the only way we shall exploit the comparative advantage in agricultural commodities such as coffee, cotton, tea and food stuffs to accumulate the volumes that attract large-scale manufacturing. Some people often argue that Uganda does not have what it takes to build manufacturing industries. Well, economists argue that, even in absence of comparative advantage, it might be necessary to set up industries which will never be competitive but which are needed to keep per capita incomes and employment rising.

Mr. President, on the budget day I saw you displaying a pair of sandals and some shirts, apparently “manufactured” by some youth you funded. That should not be the approach. Your lone, benevolent efforts will remain a lot more efficient at generating heart-warming stories in the Kampala Serena Conference Centre and other hotels, than they will at creating productive jobs. Like I have written again and again, Uganda needs more factory workers than your sandal-making “entrepreneurs”. As “late industrialisers”, we need to directly invest in strategic industries such as iron, steel, petroleum refining and agro-manufacturing.

Ramathan Ggoobi is an economist and policy analyst. He teaches economics at Makerere University Business School, where he heads the MUBS Economic Forum.