Schools across Sierra Leone have re-opened this week, having been closed since July 2014 as part of the effort to tackle Ebola. Initial indications suggest varying levels of attendance but one group who will not be returning are pregnant teen mothers. They have been banned from attending classes by the government due to fears that they set a bad example to other students. This decision could have significant long-term consequences. 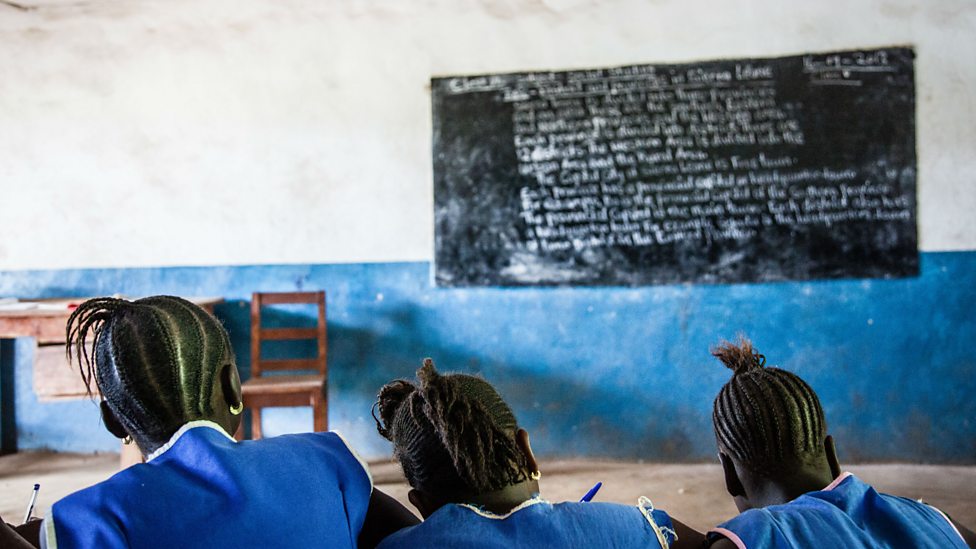 In January 2015, the First Lady, Sia Nyama Koroma, stated that “teenage pregnancy has worsened as a result of the Ebola outbreak. The closure of schools has left many girls vulnerable in their communities. We have lost a lot of young girls that potentially could have taken up responsible positions in society. This is just one of the big problems we will have to deal with in the post-Ebola rebuilding of our society”. In addition, 84% of almost 1,000 youth surveyed in January believe teenage pregnancy has increased during the outbreak.

Even before Ebola struck, the school summer holidays were widely believed to be a time when teenage pregnancy rates spiked. A 2013 report by the Fambul Initiative Network for Equality, focusing on the southern district of Bo, found that “when girls leave school for the long summer vacation many never return because of teenage pregnancy”. In 2014-15, schools were closed for nine months.

“We can’t say definitively” is the response given by UNICEF’s Child Protection Specialist Dhuwarakha Sriram when I asked her about the impact that Ebola has had on teenage pregnancy; “we don’t have comprehensive data during the time of the Ebola outbreak about increase in teenage pregnancies. However, our local partners have reported increases, but only in the form of anecdotal evidence. To address this we are in the process of supporting the National Secretariat for the Reduction of Teenage Pregnancy to collect more comprehensive data”.

Teenage pregnancy is not a new problem in Sierra Leone. In 2012, a report on the “state of the youth” found that 68% of teenage women have their first pregnancy between the ages of 12 and 20. Low rates of contraception, education poverty, a lack of initiatives to tackle the issue, and social norms such as female genital mutilation and early-marriage are all contributory factors. With the support of President Koroma, a National Secretariat for the Reduction of Teenage Pregnancy (NRSTP) was created in 2013, with the motto ‘let girls be girls, not mothers’. Ebola has had a destructive impact on the implementation of the strategy.

Ebola has also placed severe pressure on maternal health care services already poorly equipped to meet the needs of expectant mothers. Sierra Leone has the worst maternal mortality rates in Africa, 40% of which is attributed to teenage mothers.  A recent survey on the impact of Ebola on health service utilisation found that in December 2014 around half of all pregnant women visited a primary health care unit for at least one antenatal care visit, compared to 93% between 2008 and 2012.

The Government of Sierra Leone has promised to deliver an ‘Impact Mitigation Strategy of Ebola for Adolescent Girls’. The aim is to establish female-only clinics providing reproductive health services for adolescent girls; “girls-only safe spaces”, where teenagers can get help with Ebola-related complications and receive trauma counselling; and provide an education package for girls to mitigate the effect of missing out on schooling.

The Ministry of Education’s decision to prevent expectant mothers from continuing with their studies is at odds with the impact mitigation strategy. Sriram believes that “a vital starting point is the introduction of life skills that explore issues including sexual reproductive health and gender at primary and secondary school level and for out-of-school adolescents”, a provision set out in Pillar 3 of the NSRTP Strategy. Also critical to ensuring the long-term success of tackling this issue is recognition that men as well as women need to be engaged.

“Men-engage” approaches can play a significant role in reducing pregnancy rates, by promoting universal attitudes towards consensual sex and violence against women. It is an approach that must be complemented, in the short-term, by improvements to health services so that an acceptable level of care can be given to pregnant young mothers. Only by shifting the attitudes of both sexes will a generational impact be felt.

The government recognised in its NRTSP strategy that “teenage pregnancy is among the most pervasive problems affecting the health, social, economic and political progress and empowerment of young women and girls in Sierra Leone.” Ebola has stymied efforts to address the issue, and may well have accentuated the problem. As attention slowly turns to the future, teenage pregnancy must remain at the forefront of government thinking.