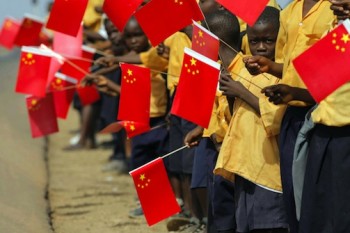 Popular depictions of China’s role in Africa are highly polarised. China’s growing presence on the continent is typically cast either as a blessing or neo-colonialist curse. Both extremes ignore the diversity of interaction between multifarious Chinese enterprises and African countries and people.

Here are five things I found of particular interest.

1. China’s indirect impact in Africa is far greater than its direct impact. There is too much emphasis placed on the “measurables”, often at the expense of acknowledging the undercurrents of these relationships. The recent dynamism of Chinese trade relations in West Africa cannot be explained by merely looking at large state-backed investments in the region. Local traders have played an active and fundamental role in forging economic ties with Chinese counterparts.

2. China’s engagement in Africa is mainly market-driven. Although a lot of focus has been put on China’s quest for natural resources and minerals, the reality so far is more about exploiting new market opportunities. However, there is nothing to say this will not change. As wages rise in China and other manufacturing countries, investors may seek to take advantage of Africa’s cheap – if relatively unskilled – labour force. Many Chinese investors in Africa are there because they believe there is money to be made, and not because they are incentivised by the Chinese state.

3. There is a demand for cheap Chinese imports. The accusation that Africa is a dumping ground for cheap or unwanted Chinese products often disregards the active role of African consumers. More often than not, supply is generated by demand. For instance, in the construction sector in Ghana, cheaper (albeit inferior) Chinese equipment and materials have helped local businesses get off the ground.

4. China is the largest newly-industrialised power active on the continent, but not the only one. China’s economic largesse is facing increasingly tough competition from other BRIC-countries, particularly Brazil and India. New actors such as Japan are also actively looking to Africa for commercial opportunities, as demonstrated by President Shinzo Abe’s three-nation tour of Africa in January 2014.

5. China’s “no-conditionality” policy will not last forever. We need to situate China-Africa relations within a historical context, and recognise that these relationships will evolve as time goes by. As Chinese commercial interests in Africa become more entrenched, the government’s principled commitment to non-interference in internal affairs will likely undergo subtle, yet significant, reinterpretation.