Participation, with a little more bite 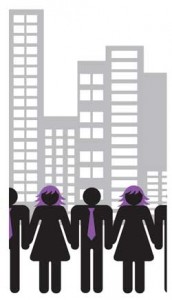 In the wake of the World Urban Forum, held in Naples in 2012, it is clear that the debate about the importance of participation is now truly settled. It seems as if just about every form of government from every region of the world professes an undying commitment to citizen engagement through a variety of participatory techniques embedded in urban governance. Yet, despite this impressive consensus, most of us who work in the field of urban development know only too well that more often than not participatory processes are rather pathetic and often result in precious little for citizens, despite the time and effort invested. Why? And where to from here in the struggle for transformative urban governance that can produce greater social justice in the city?

A good starting point is to be as explicit as possible about why participatory processes underwhelm and often underperform. The most common mistake is that participatory processes are used to merely solicit needs. Usually city governments and NGOs ask people what their needs are and assume that by cataloguing expressed needs, they miraculously become informants to the planning and implementation processes of public bodies. In most urban contexts the needs of people are relatively well known and most governments do not have the resources or capabilities to address them comprehensively due to the scope and scale of basic deficiencies, not to mention entrenched interests. Effective participatory processes engage people to reflect on what their needs are in relation to an explicit and transparent account of what government can do, has resources for and is willing to commit to invest over an extended period of time.

A second problem that bedevils sound participatory development is the desire for, and insistence on consensus on what is wrong and what needs to be done. This is fine as a starting point for deliberation-driven processes but it can also become an excuse for not taking decisions and acting; or, worse, acting on behalf of some while pretending it is in the collective interest. In any case, as democratic theorist Chantal Mouffe suggests, complete consensus is seldom possible and by foregrounding “dissensus”—or irresolvable conflicts of interest—the agonistic spirit of democracy can take root. Adopting a less absolutist approach to consensus seeking also creates a much more dynamic democratic milieu, making room for other forms of democratic action, such as direct action, protest, symbolic contestation and so forth. In fact, project-based participatory efforts have a greater chance of success if it takes place in a vibrant and contested political atmosphere.

A third problem commonly associated with weak participation is when it is simply performative, in other words when it serves as a fig leaf for patronage-based and corrupt political processes dominated by exploitative political parties. It is crucial to appreciate that in most countries political parties—and their internal power dynamics—are at the epicentre of political life. This is particularly acute in societies with fledgling democracies, very limited resources, high levels of need and highly unequal patterns of resource distribution. Too often our approaches to community participation prefer to remain ignorant of these processes, as if community organisations and the contestations within those organisations are impervious to the tough realpolitik that permeate the grass-roots level. It is vital that we re-establish our approach and methodology to participation not only in moral terms—as a self-evident good that produces morally superior outcomes—but also rather through efficacy criteria.

A further problem with localised, neighbourhood-level participatory preoccupation is that it can fail because it disconnects the local from the regional, or the micro from the macro. Most of the issues that really matter for equitable, inclusive and socially just urban outcomes require a strategic political outlook on the regional scale, and over many decades. The reason why many non-formal areas lack access to adequate basic services is because of the ways in which scarce resources are allocated and controlled at the regional scale. If all participatory efforts go into “empowering” poor community organisations to take “control” of their own projects and investments, then it effectively obscures the essential politics about how what happens at the local level connects with the larger territory. A good example of regional investment would be public resources that get poured into broadband infrastructure over an extended period.

In light of these problems with how participation is regarded and practiced in most cities across the world, can one redefine and reanimate effective participation?

One of the consequences of the widespread normalisation of participation is that it potentially denudes (non-violent) local militancy. To be sure, in contexts where urban inequalities remain stark and continue to intensify, formal work is becoming more elusive, and economies can remain intact while a large proportion of the labour force is excluded, the political and middle classes will be complacent. Those with power will be happy to pay lip service to all the latest rhetoric on participatory development, slum upgrading, land regularisation, community control and so on, because they know that as long as poor communities remain embroiled in torturous participatory processes about how to bring these “good” things into their areas, the larger system will remain more or less intact.

This is obviously a rather bleak outlook. However, it is important to be brutal about the real life dynamics of power relations in our cities if we are going to be successful in recasting participation as a genuine force of social transformation. An essential starting point is to recognise and promote the importance of autonomous and democratic organisations of the urban poor. Given the great diversity of interests and identities among urban majorities, there will by definition be a plurality of these formations. It is also important to establish the basic strategic principle that effective participation must prioritise in achieving an impact on investment decisions (and criteria) that surround the key operating systems of the city and its economy, including network infrastructures that conduct energy, water and waste, and data and connective infrastructures that facilitate mobility. These operating systems depend on the nature and functioning of land markets, which in turn, are highly influenced by public regulatory systems and institutional oversight. This implies participatory institutions and politics at the city-regional scale, which I would insist must prefigure and run alongside participatory development at the household, street and neighbourhood level.

We know a lot about what constitutes good and effective practices in terms of participatory design that shapes the living conditions and environment of poor settlements. So-called “design thinking” is increasingly in circulation as an answer for effective citizen participation, but dominant perspectives tend to be devoid of understanding multi-level politics and cultures. Thus, the most urgent task is to promote more regional political campaigns (for example, on food security or universal digital access) and find ways to knit it more closely with neighbourhood politics of livelihood, public space and shelter. A firm push in this direction will enhance the overall innovation quotient of the city because, as experts and political elites are forced to make visible and justify the design assumptions of business-as-usual approaches, they will be forced to figure out what it will take to come up with more socially just and inclusive approaches, not in the distant future, but in the contested present.

This article was previously published in Cityscapes magazine and on Cityscapesdigital, and is re-published here with the permission of the author Edgar Pieterse, Director of African Centre for Cities and Consulting Editor of Cityscapes