Reforming Nigeria from within

ARI seeks to encourage debate and question orthodox views. Following a meeting with Dimeji Bankole in late 2016, we post this guest blog by the former Speaker of Nigeria’s House of Representatives which draws on what was discussed.

In 2003 I was elected to the House of Representatives to serve the Abeokuta South constituency, in Ogun state. My eight years in elected office made me less optimistic about change in Nigeria, but more realistic. The political system was not designed to allow people like me – a 37 year old from the private sector who had studied in the UK and at Harvard – to become Speaker of the House of Representatives, the role I held from 2007 to 2011. Nevertheless, I was able to work within the system successfully and make a difference, so imagine the impact 20 or 30 influencers across the different arms of government could have on changing things significantly. 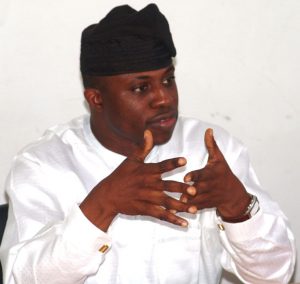 A coalition of the willing

Soon after I was elected Speaker, President Yar’Adua came to the National Assembly and announced that only 40% of the 2007 budget’s capital expenditure had been implemented, repeating a pattern that had been ongoing since the return to multi-party democracy in 1999. The question that I wanted answered was: what happened to the remaining 60%, especially when we did not have a financing shortfall?

I went to President Yar’Adua and said I wanted to look into the issue of unspent funds not being returned or accounted for in the following year’s budget. He advised that pursuing the matter would incur a backlash, but that if I was ready for it he would support me. I chose to use internal channels to exert pressure rather than starting a public discussion in the media. The latter might have gained nationwide interest but would have done little to make reform happen.  A strategy that had the buy-in of relevant stakeholders, people who could actually make change happen, was important.

I refused to sign the 2008 budget for four months until unspent funds from the previous year were accounted for and returned. Eventually, over ₦450 billion came back, which in previous years would have been lost. People knew what was going on, even at the World Bank and International Monetary Fund. They chose to look the other way. In 2009, when the President announced how the budget had performed, he also indicated the return of ₦300 billion in unspent funds. This was a marked shift in how things were done. In total, during my four years as speaker, ₦1.3 trillion in unspent funds were returned.

If you can forge a coalition with key stakeholders involved in the system and the process, reform from within is possible. During my tenure, the Fiscal Responsibility Act and the Freedom of Information Act promoting transparency and good governance were signed into law. However, when President Goodluck Jonathan succeeded Yar’Adua, the coalition did not hold. House reports of unremitted funds in their trillions, reports on the power probe, and the Petroleum Industrial Bill forwarded to the executive were not acted upon. Without Yar’Adua to provide protection, I was forced out of office.

In the six months following my departure, the petroleum subsidy scandal emerged, where ₦248 billion was originally budgeted but ₦2.5 trillion had been spent by the end of 2011. The excess crude account of US$22 billion in 2011 had been depleted to US$2.2 billion by 2015. It was against this backdrop that The Economist declared that Jonathan ran “a clueless government” and was “an ineffectual buffoon who let politicians and their cronies fills their pockets with impunity”.

General Buhari was elected president in 2015 because the electorate felt Nigeria needed someone to deal with the security situation, the Boko Haram insurgency, as well as save it from its oil dependency. However, if the oil price goes back up to US$80 a barrel we will revert to type, that is a  lack of economic complexity. My advice to Buhari before he became president was to think strategically about how to manage his government. It is my view that you cannot avoid working with politicians who are crooked, because they have followership and votes. Instead you have to think strategically about where they can be placed to have minimal negative impact. At the same time you need to identify key ministries and positions where you want your leaders with character to be.

Rather than becoming embroiled in confrontation, efforts should be made to negotiate a way of working within the existing system. For example, the political class in Nigeria is funded and run by people importing petrol and diesel. Nigeria will never address its power generating issues until the government starts negotiating with these people, because if the issue is solved, they will be put out of business. Instead ways need to be found to allow them to invest their money into the development of a power sector. It is not an ideal solution; but it could be a workable one. As an example, private individuals are building their own refineries; should they negotiate with government we can have working refineries to meet the needs of the Nigerian people.

In all of this there has to be a better relationship forged between executive, judiciary and legislature; you cannot reconcile without negotiation. However negotiation does not happen frequently enough in Nigerian politics.

Planning for the future

While some of the political class call for a new constitution as a pre-requisite for restructuring and development, others believe that this is a political point-scoring exercise revived close to elections and meant to distract rather than to promote good governance in the country. The federal structure is not the reason why questions are not being asked by State Houses of Assembly about state and local government. Nor is it the reason why we have abandoned our responsibilities in different aspects of governance. But it is the easiest thing to blame. It is like saying that I did not pass my exams because the questions were wrong. Nigeria’s governance problems are a lot to do with institutions and the character of those running those institutions.

Corruption is a problem, yes, but it is a consequence of a bigger issue. When I was appointed Speaker I was given about 20 special advisors to support my work. Some of them did next to nothing, so I returned five and handpicked mentees who I knew were competent, determined and ambitious. By the time I left office in 2011 one was a senator, two were in the House of Representatives and one was a minister. Bringing individuals into the system to begin changing things from within is what I hoped for.

You cannot take on the National Assembly, the judiciary or every criminal, so you need to zero in on what is important and what can have the biggest long-term impact. In Nigeria, it’s about succession plans and getting the right people in the right jobs. Those who can, and will, make a lasting impact on the education sector, for example a university or a school. The thinking has to be strategic. The president should identify those who can be trusted with the leadership of key institutions in 10 years’ time and should be readying and preparing them. The problem is that most politicians in Nigeria are not interested in thinking about the long haul; they see politics as a 100m sprint.

Dimeji Bankole is the former Speaker of the House of Representatives in Nigeria. He tweets @DimejiSBankole