BudgIT was founded in February 2011 to collate and analyse publicly available Nigerian government data. By presenting information on government finance in an accessible and visually engaging format, BudgIT aims to enable Nigerian citizens and policymakers to hold government to account for its revenue and expenditure decisions.

Founder, Oluseun Onigbinde was in London in early June. He spent some time in conversation with ARI: 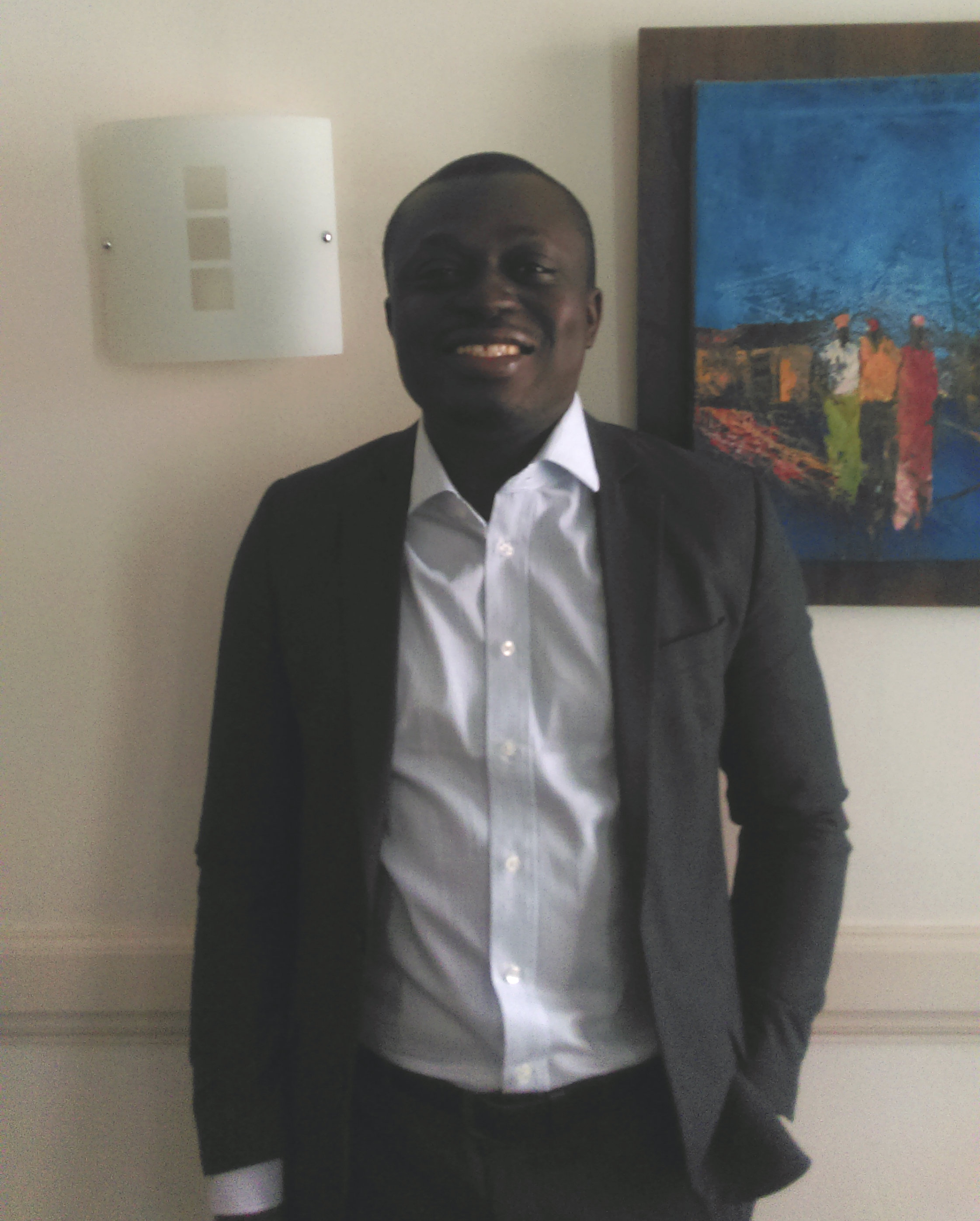 The aim of BudgIT is not to make the Nigerian government look bad. We are simply interested in understanding how they are spending our money. We want citizens to be more engaged in the provision and delivery of basic services. One platform we have created is Tracka which allows an online network of active citizens to track projects set out in the budget and to give feedback to local communities on progress.

In addition to the online graphics we produce on national revenue and expenditure, we engage with communities at the grassroots on local budget issues. In doing so, they become aware of the projects that should be happening in their constituency and can appeal to elected representatives to ensure that projects promised are accomplished. This initiative is a service delivery intervention; we are not, in this case, looking at the transparency of the contract or the bidding process.

BudgIT aims to increase the number of people writing about government revenue and expenditure, to create a bigger network of advocates. We train civil society on how to measure and present impact in a visually appealing way. Working with the media to improve the way that stories are written, based on factual evidence, is vitally important. In Nigeria, print media is mainly funded through political channels with the result that there is little objectivity. Supporting data-driven reporting can improve the accuracy of stories and enable the press to become more impartial.

Since 2011, BudgIT has made over 40 freedom of information requests to different government departments. However, compliance is very selective and failure to comply goes unpunished. A review of the Freedom of Information Act, 2011 is necessary if the legislation is to achieve its stated ambitions.

We have appealed in court on many occasions, a process which can take up to six months. But even if a judge orders for the government to comply, the information we receive is selective. I would like to see an open data portal, emulating what has been done in Kenya, listing what should be made public, and with timeframes, for each government department to ensure compliance.

For now, we will keep making requests to the new All Progressives Congress (APC) government. In particular we want the Nigeria oil revenue audit report and details of the special accounts made open to the public.

On campaigning for transparency

It is “the survival of the noisiest” in Nigerian politics. We have an ongoing campaign in the media to open the National Assembly budget to the public. It has become prominent on social media sites such as Twitter, with the hashtag #OpenNASS regularly trending. 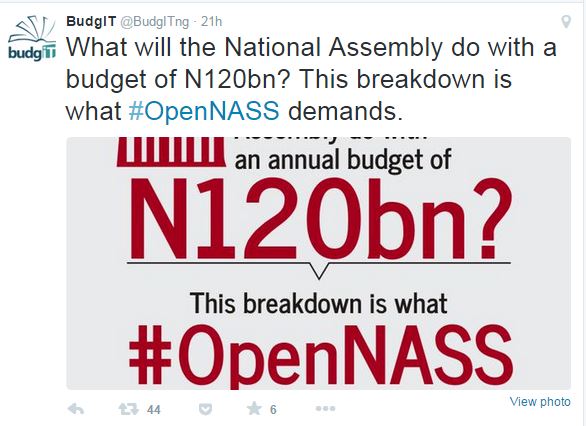 The Assembly should be highest organ of accountability in Nigeria, but its budget is huge and grossly opaque. In 2014 it was allocated 150 billion naira (c.US$750 million). This was spent by 469 MPs without transparency or accountability. Elected officials cannot defend such extravagant expenditure and this is why they are refusing to make it available for public scrutiny.

There is much optimism around the newly elected president, Muhammadu Buhari, and the positive image he has painted of himself. However, it will be interesting to see who he will surround himself with, and how he will deal with those who funded his campaign and now expect something in return. In making appointments, he has to balance political interest with his own moral standards and ambitions for the country. Nominating technocrats to lead key ministries would be an important and positive step.

To track how Buhari meets the promises of his campaign we are involved in a project with the Centre for Democracy and Development (CDD). The Buharimeter is a post-election accountability project that looks at what the APC promised during the electoral campaign, and what steps are being taken to deliver on those promises. It is part of a wider effort to change the way that the electoral process works in Nigeria. Keeping citizens engaged with politics between elections puts them in a better position to advocate for change.

On political engagement in Nigeria

I am more optimistic about the engagement of citizens rather than policymakers. 80% of social media discussions in Nigeria are related to politics. There is a growing interest in governance and accountability, particularly amongst youth.

I hope policymakers come to appreciate the urgency of the need for a surgery of public finances. We need to diversify our economy away from oil. In the last five years domestic debts have doubled, recurrent expenses cover almost 80% of the entire budget, and there remains a huge infrastructure deficit.

Taxes need to become the basis for our spending. Taxation is a fundamental part of the social contract. When done correctly it heightens the civic interest in government, driving accountability.