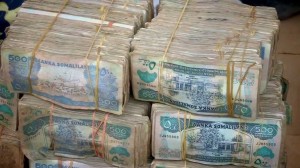 Last week the Overseas Development Institute hosted an afternoon of discussion, focused on the high fees associated with money transfers to Africa. Whilst remittance costs have fallen globally, costs in Africa have remained stubbornly high. According to the report launched at the event, the African diaspora pays approximately 12% in fees to send US$200 to friends and family on the continent. This figure is almost twice the global average and has consequently been labelled a ‘super tax’. In some instances, South-South transfer fees are as high as 30%.

Remittances play a vital role not only in covering essentials, such as health care and education, but also in providing investment to businesses. The G8 and G20 have set a target to reduce the global average of the cost of money transfers from 10% to 5% within five years. Reducing the charges to the 5% target would increase global transfers to Africa by US$1.8billion annually.

An eye on the Horn

Money sent from the diaspora provides essential support for some 40% of the population of the Somali territories. An estimated US$1.2 billion is remitted to the region every year – a figure which exceeds international aid flows.

However, against the backdrop of cost, Somali money transfer organisations stand apart. Speaking at the event, Dominic Thorncroft (chairman of the UK Money Transmitters Association) noted Somalia’s position as “the country with the lowest remittances charges in Africa.”

In the absence of a formal banking system, Somali money transfer operators (MTOs) developed into a fast, reliable and cost-effective network providing a wide range of financial services. MTOs are used by individuals to send money to family members, by national and international organisations to pay workers’ salaries and project fees, as well as in trade finance and investment.

The ODI report claims that the high prices associated with money transfers to Africa is the result of a number of factors, including a lack of competition and concentration of the market in the hands of a few operators. It depicts the situation in many sub-Saharan Africa markets as a duopoly dominated by Western Union and MoneyGram.

The importance of competition in bringing down the costs was a point echoed by Abdirashid Duale CEO of Dahabshiil – the largest Somali MTO – speaking at the event:

“Competition is key in remittances. The money transfer business was very different in the 1990s. Prices were higher, there were less companies operating. It is better now because the competition is better. There is competition everywhere. If the customers don’t like us they can go somewhere else.”

Indeed, with international companies considering the Somali regions to be too high risk or too complicated to operate in, a plethora of local-owned MTOs have flourished, connecting customers to locations around the world.

Remittances are of critical importance in many countries. In times of crisis and natural disaster, remittances are often the first, most reliable and consistent way people can provide assistance to friends and family. Remittances have also shown themselves to be remarkably resilient. However, increased regulation in the wake of the global financial crisis and an enduring air of suspicion as remittances are caught up in the ‘financial war on terror’, are not “helping remittances at all” according to Dilip Ratha, Head of Migration and Remittances Unit at the World Bank. Speaking at the event, he also issued a warning: “If reducing remittance costs becomes a 20 or a 30 year agenda issue we should be very ashamed.”

Denying banking facilities to well-run, regulated MTOs is counterproductive. It is likely only to increase costs – which will be passed on to the customer – and to ultimately push transfers underground. Ratha went on to say that any plans for improving and strengthening remittances should pay due attention to the unbanked. “Poor people don’t like banks and the feeling is mutual”.

A strangled market, ‘exclusivity agreements’ and inappropriate regulation all drive up the costs associated with remittances, serving essentially as a “tax on the poor”. More proportional regulation of remittances is needed, together with a concerted effort to open international payments systems to smaller, non-Western operators which can meet proportional regulatory requirements.

The UK government and regulators need to work together to ensure that the excessive charges that currently undermine the benefits of remittances in Africa are addressed. In a region in which rich and poor alike have not been able to access banks, local-owned money transfer companies have stepped in to fill the void. If we are looking at ways to reduce the costs of remittances, perhaps we need look no further than Somali MTOs.