Food insecurity in Somalia – why are we back where we were?

2.9 million Somalis are currently in humanitarian crisis, including 50,000 severely malnourished children. To date, there have been eight warnings from the Famine Early Warning Systems Network (FEWSNET) and Food Security and Nutrition Analysis Unit (FSNAU) of an impending food security crisis across the country.

“After the 2011 famine in Somalia, the international community said ‘never again’, but we are on the brink of another famine just a few years later – potentially the third in Somalia’s recent history”, observed Degan Ali, Executive Director of Adeso. Unfortunately the “international donor community is overstretched” and must contend with competing priorities in Syria and the Central African Republic. Only 28% of the US$933m humanitarian assistance required for 2014 has been funded.

Proper planning could have prevented a situation of this magnitude from unfolding once again. Despite the rhetoric, few lessons have been learnt from Somalia’s last famine. In 2011, it took 16 warnings from FEWS NET for the UN to declare a famine. In hindsight, everyone agreed that concerted humanitarian action should have taken place after warning three. More sustainable solutions should have been put in place, such as a large-scale social safety net of regular cash transfers which would have helped affected communities absorb the shock.

Conflict is a principal cause of the looming famine. Farming communities have been forced to flee their homes in search of a safe haven, leaving behind vital assets and resources. Even Somali traders, for all their resilience and experience, cannot access certain communities due to the blockades enforced by Al-Shabaab in territory recaptured by AMISOM forces. Poor rains have also played a part, but are not the most significant factor as people have effectively adapted to their environment over the past two decades.

Remittances – a lifeline at risk

There is a direct relationship between remittances and food security in Somalia. An estimated US$1.3 billion is remitted to Somalia from the diaspora each year, benefitting some 40% of households. In terms of foreign capital flows into Somalia, 46% are accounted for by remittances, while 31% is made up of foreign aid. Households that receive remittances are better off than those who do not and communities that are more widely supported by the diaspora Somalis tend to be more food secure.

A third of people in Somaliland and Puntland, the most stable parts of the region, would not be able to afford food, medicine and school fees if they did not receive remittances. “We are always hearing calls for more local solutions to problems of food insecurity – there is no better example than remittances”, Degan Ali emphasised.

In the 2011 famine, local and international partners successfully managed the largest ever cash transfer response of its type by NGOs, leading to approximately US$80 million being distributed. This could not have been achieved without the help of the Somali money services businesses (MSBs). According to Degan Ali, “an estimated 260,000 people died from the 2011 Somalia famine. This number would have been far higher if the Somali community did not act in such a quick and committed manner”.

The threat to remittances posed by the withdrawal by western banks from the MSB sector will have a direct impact on humanitarian and famine relief efforts in Somalia. Degan Ali called on Western governments and donor organisations to devise a sustainable and workable solution: “We hope that the UK will lead the way and that the US will follow their example. At the moment, the US government have failed to act decisively on this issue, but it is vital this issue is addressed. It is in the US where this problem started, and where the majority of remittances to Somalia originate”.

Counter-terrorism legislation – the elephant in the room

Counter-terrorism legislation has severely hampered relief efforts in Somalia and threatened remittance flows. Humanitarian organisations are thwarted by an unclear body of law, which is pieced together from various conventions, sanctions and resolutions. Sara Pantuliano, Director of ODI’s Humanitarian Policy Group, spoke of a “chilling effect”, whereby organisations curtail their work out of fear that they may be accused of committing criminal acts.

It is difficult to operate when different jurisdictions have very different legal frameworks for stopping assistance reaching terrorists. For example, the US will find organisations criminally liable even if they inadvertently benefit a proscribed group, whereas the EU will only prosecute if assistance is sent with the knowledge that it will benefit terrorists.

US legislation, namely the Material Support Statute, creates further difficulties due to its broad scope. Humanitarian organisations are banned from nearly all engagement with proscribed organisations or individuals. The only exemptions are religious materials or medicine, but no-one can be treated with the medicine or taught how to use it. When one of the parties to the conflict in Somalia, Al-Shabaab, has been designated a terrorist group, this restricts humanitarians operating on the ground.

Sara Pantuliano summed up the predicament: “Imagine being able to respond to a famine when you have all these cumbersome regulations that basically mean your response cannot be timely or effective in a context where speed is of the essence to save lives. In this context, it is all the more important that remittance flows are protected”.

“This is not the way to deal with terrorism. Any suspension in the delivery of remittances will increase the chance of terrorism in Somalia, and elsewhere”, said Abdirashid Duale, CEO of the largest Somali MSB, Dahabshiil. “Remittances are mostly family-to-family transactions. It is vital that we continue to help law-abiding Somalis to help themselves. But to do so we need a solution to the reluctance of international banks to service indigenous MSBs in the face of disproportionate regulation – and we need it fast”.

Videos, photos and audio from the event can be found below. 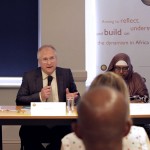 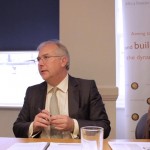 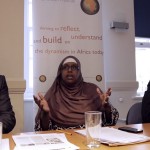 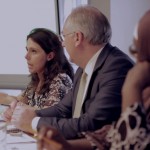 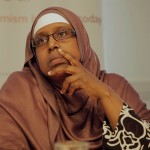 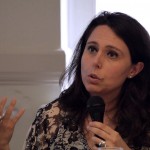 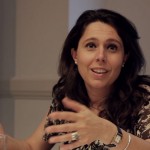 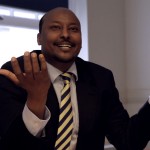 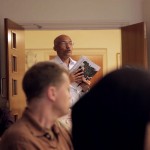 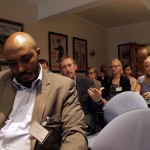 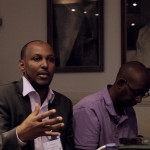 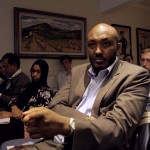