Zimbabwe: Where next for Mbeki’s mediation? 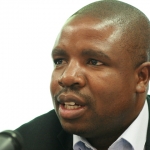 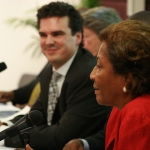 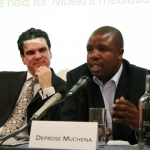 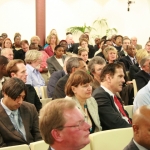 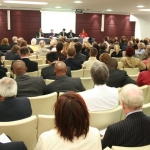 “The regional mediation effort has been described as ‘the only show in town’. There is no other serious diplomatic effort under way at the moment to resolve the crisis in Zimbabwe.

South African President Thabo Mbeki was appointed mediator on behalf of the Southern African Development Community (SADC) in March 2007. This came just six months after the 14 SADC countries agreed that they would establish a free trade area by 2008, a customs union by 2010, and a common market by 2015.

Many of those countries have also been key players in developing African governance mechanisms, notably the African Union and New Partnership for African Development. Zimbabwe poses a grievous threat to both economic integration and governance and democracy mechanisms.

The ruling parties of South Africa and Zimbabwe, the ANC and ZANU-PF respectively, have historically had a troubled relationship. The dynamic between them was difficult during the Cold War when they had different loyalties. It is arguably more troubled now.

Mugabe is a lonelier figure today. The Joint Operational Command, which brings together the military, police and security services, now has a great deal more power and influence than in the past, including in the economy. It has been said that the governance of Zimbabwe has been ‘militarised, privatised and polarised’.

Nonetheless, Mbeki insists that his regional mediation has made progress. The only real evidence of this is the adoption of Constitutional Amendment 18. It allows parliament to appoint a successor to Mugabe should he retire, and enjoyed cross-party support. Interestingly, however, the most powerful faction in parliament, led by Vice President Joice Mujuru, wife of retired army commander General Soloman Mujuru, was absent for that debate.”

“In the past, a number of ‘experts’ have made solutions for Zimbabweans in the same way that constitutions were developed for post-independence Africa – at Lancaster House or Marlborough House. There is a series of houses in London where African constitutions were made before being handed over to Africans! We seem to be repeating the same mistakes in Zimbabwe today.

We have the opportunity to craft a genuine transitional framework that will allow Zimbabweans to take control of their destiny and allow Zimbabwe to reclaim its place in the international family of nations. But unfortunately a group of ‘experts’, this time African, are trying to provide solutions for Zimbabweans. Most Zimbabweans are not interested in these solutions.

The context, in which the current talks in Pretoria are taking place, is important. Zimbabwe has now entered the ninth successive year of crisis, while the government continues to use the language of the independence struggle. The current crisis cannot be resolved using the logic from which it was born. A paradigm shift is necessary in order to ensure that the talks generate a meaningful solution.

There is nothing that ZANU-PF can do to deal with this problem. It is impossible to intimidate the economy. It operates on two principles: supply and demand. Not even the most polished government rhetoric can resolve Zimbabwe’s economic crisis.

ZANU-PF has no economic policy framework. In September of this year, the finance minister, Samuel Mumbengegwi, presented a supplementary budget to parliament to deal with problems of expenditure management – it was six times larger than the budget it sought to supplement, a new record in economic history.

In addition to economic decline, Zimbabwe has seen the growth of a parasitic elite that has captured the state. This elite uses the state to accumulate wealth, employing a variety of methods including enacting laws. A new law will soon indigenise the economy by ensuring that 51% of all shares on listed companies will be owned by Zimbabweans. What sort of Zimbabwean can afford to buy company shares?

This economic crisis has regional implications. Zimbabwe is now the largest exporter of human capital in the region. Migrants get absorbed by their host countries but become deskilled. They might enter as an engineer and end up selling things in a hotel. This creates pauperisation and xenophobia. On the other hand, those in the region who supply Zimbabwe’s parasitic elites are making profits.

This is the economic context in which the South African mediation is taking place. But what is the diplomatic context? The SADC is dominating the process because the Southern African governments believe that Mugabe will only listen to them. The SADC has an interest in demonstrating its ability to handle crises – it dealt with the Lesotho crisis and was involved in dealing with the crisis in the Democratic Republic of Congo (DRC).

Regional mediation
The individual countries within the SADC have competing interests. South Africa’s Thabo Mbeki has made many promises and his own legacy is now tied to Zimbabwe. In Botswana, there has been a relative determination to deal with the crisis in Zimbabwe. Zambian internal politics have affected its policy on Zimbabwe – Michael Sata, leader of the opposition Patriotic Front party, is putting pressure on President Mwanawasa. In Mozambique, there are calls to repay Zimbabwe for its role in resolving Mozambique’s civil war. Namibia’s approach is influenced by its cooperation with Zimbabwe. Angola will probably be expected to finance the rescue package that the SADC is talking about. Thus, within the region there are competing and colluding interests.

The negotiations, so far, revolve around a series of agreements that must be reached before Zimbabwe can resolve its problems. The areas of discussion are: the constitution, elections, reform of the political architecture, an economic rescue package, and transition.

But their number has increased and the delimitation commission will redraw the boundaries to ensure that there will be more MPs drawn from Mugabe’s province, and more ZANU-PF MPs in general. This is a ploy by Mugabe to determine this succession. It means either that he can determine who will succeed him by ensuring that a majority of the 210 members of parliament will support him.

The retirement point itself is a decoy. He wants people to think he might be ready to retire. But he will not retire, he will die in office. He will try to sell a dummy to the international community and the region, saying that he just wants to win elections on behalf of ZANU-PF and to leave the party in good shape.

Thus the constitutional amendment presents a solution to the succession problem. But it also allow a consolidation of political power and reduces the risk associated with Mugabe standing alone in an election in 2010.

This issue of election conduct has not yet been settled. The MDC have said that there must be an entirely new process for managing elections, involving a new election commission. They have argued for the dissolution of the legion of laws that impede freedom of expression and assembly, including the Public Order and Security Act and the Access to Information and Protection of Privacy Act. But the issue of what should replace these laws has not yet been dealt with.

The legitimacy of the negotiations is also problematic. The talks have been highly secretive. But any resolution to the crisis requires the people to be at the centre of the solution. Instead, the solution has been privatised by two political parties: ZANU-PF and the MDC. Yet, the problem in Zimbabwe is greater than these parties. It requires legitimation through an active participation by civil society.

The SADC must look beyond what it has done so far and consider other alternatives. It has already received suggestions from civil society groups. It should listen to them before it rushes to the international community for a rescue package.

The Day After Mugabe: Prospects for change in Zimbabwe