Maize dependency and agricultural subsidies in Zambia: In conversation with Rhoda Mofya-Mukuka

Since 2004, Zambia has consistently cultivated more maize – the national staple – than is consumed domestically. Much of this achievement can be attributed to a government-led input subsidy programme. But despite self-sufficiency in food production, maize prices are volatile. They also regularly rise well above 53Kwacha (KR) per 25kg, unaffordable for consumers in much of the country. Rural poverty rates have not declined. Four out of five people live on less thanUS $2 per day. Zambia has seemingly achieved food self-sufficiency, without food security.

In this interview, Rhoda Mofya-Mukuka, Research Fellow at the Indaba Agricultural Policy Research Institute (IAPRI) in Lusaka, discusses some of the reasons why agricultural subsidies in Zambia have not had the desired impact with regard to poverty reduction, productivity of smallholder farmers and commercialisation of the agricultural sector. 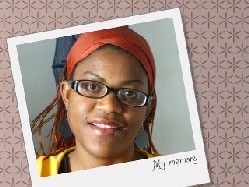 Zambia has the potential to become a major regional “bread basket”. What is preventing this from happening?

Based on current levels of production, Zambia produces enough maize to feed itself and its neighbours in eastern and southern Africa. In 2011 and 2012, consecutive bumper harvests of 2,795,483 and 3,020,380 metric tonnes respectively produced an after consumption surplus of more than a million metric tonnes of maize. But significant structural problems within the agricultural sector persist, preventing Zambia from achieving its potential. There are two principal factors at play here.

The first relates to crop marketing. In Zambia, the government buys the majority of maize directly from farmers through the Food Reserves Agency (FRA). For example, in 2010-12, 83% of the marketed surplus was purchased in this way. The FRA was established in 1995 with the mandate of being a national strategic food reserve, mainly for maize. In 2005, this mandate was extended to permit non-essential purchases of maize; and since then the FRA has operated more like an agricultural marketing board.

The capacity of the government to store large quantities of maize is weak – resulting in substantial post-harvest losses. There have not been any comprehensive studies conducted to determine the exact scale, but the Minister of Agriculture and Livestock, Hon. Robert Sichinga, recently stated that post-harvest losses have been in the region of 32% due to inadequate storage.

Secondly, private businesses have not played a major role in buying or exporting maize because of government interventions. The private sector argues that government policies keep changing, particularly in relation to exports. One day exports are permitted, the next they are banned. This unpredictability has scared off investment.

Can you tell me the different ways in which the government has intervened in the agricultural industry? How do these various interventions work?

I’ve already mentioned that the FRA purchases almost all the country’s surplus maize. They do this at a rate of KR65 per 50kg, which was above the market price in the past several years. The aim was to incentivise production and counter allegations that farmers were being exploited by traders.

Then there is the Farmer Input Support Programme (FISP), which provides each beneficiary household with four bags of fertiliser and one of hybrid maize seed at subsidized prices. Fertiliser costs KR50 per 50kg while maize seed is KR80 per 10kg. Concerns of the need for diversification resulted in the programme being expanded to include rice in 2010-11, and groundnuts, sorghum, and cotton in 2012-13. However, inputs allocated to these crops have been small. Smallholders are the primary target, but there have been claims that larger farmers have also been beneficiaries.

Since 2008, the government has also been subsidising the milling industry with the aim of reducing – or at least controlling – the consumer price of maize. Here the government sells maize to millers at a lower price (KR60 per 50kg) than what farmers receive (KR65). When you calculate the additional costs associated with handling, transport and storage, the government loses much more than KR5 per bag. In fact, a study found that the FRA loses about US$140 on every tonne sold to the milling industry.

Collectively, these various subsidies account for over 80% of government spending on agriculture, or about 2% of GDP in 2011. They are really big programmes.

What were the principal motivations – and objectives – behind the government’s decision to introduce subsidies for farmers, and then millers?

I think it’s important to note that the government had good intentions when designing these programmes. The implementation, however, has been very different. For example, FISP sought to improve household and national food security, and increase access to agricultural inputs for smallholder farmers. Ironically, there was also an objective to build the capacity of private sector companies to supply affordable inputs. Historically, only a few companies have provided inputs to farmers and the government wanted to break this monopoly and encourage competition. In practice, little has changed, and only a handful of private enterprises deliver inputs to government. The goals of the FRA were to stabilise maize market prices and national food security.

There have been suggestions that the provisions of inputs are determined by political interests. Of course, the government is aware that agricultural subsidies could be a way of gaining support from farming households. Our studies at the IAPRI show that under the Movement for Multi-Party Democracy (MMD) administrations, fertiliser subsidies were systematically allocated to government strongholds. Despite this, the MMD were unable to increase their share of the vote in 2006, and ultimately lost the 2011 elections.

What positive impacts have these policies had?

Maize production in terms of area planted and tonnes harvested have risen somewhat as a result of FISP and FRA subsidies. But while most farmers now use more fertiliser in production – which is certainly a positive outcome – neither FISP nor FRA subsidies have increased the productivity of farmers. Maize yields are just over 2 metric tonnes per hectare. The potential yield for most hybrid maize varieties grown in Zambia is about 6 metric tonnes per hectare. The main reason behind increased maize output has been a growth in the area under cultivation.

Have food prices fallen since the subsidies were introduced? If not, why not?

Not really. More specifically, any drop in consumer maize prices has been temporary and confined to specific areas – and certainly does not justify the amount of public investment.

Recent research by IAPRI shows that FISP has caused retail prices to decline but only marginally. FRA activities, on the other hand, have generally triggered a rise in maize prices. Purchasing maize at above the market rate has produced higher wholesale and retail prices. Despite selling maize to selected millers at a loss, this subsidy has not been passed on to consumers in the form of cheaper maize meal.

Millers that do not receive subsidized maize from the FRA cannot compete in this environment. As a result, the informal milling sector has been squeezed out of the market in Zambia. A recent market survey by IAPRI shows that the number of hammer mills in Lusaka has declined significantly. Crucially, our research also indicates that the informal sector has played a major role in lowering the retail price of maize by directly competing with their larger rivals and driving down marketing and milling costs. These margins were almost halved in the past decade as a result of informal hammer mills.

Therefore, the exclusion of the informal sector from FRA subsidies has undermined competition, which has meant that large millers are not under pressure to lower their prices.

Have the subsidies had the intended impact on poverty in rural areas?

We do not have the empirical data to answer this question with certainty. However, our studies at IAPRI have observed that poverty remains persistent in rural areas. About 80% of rural households live in poverty – unchanged since the early 2000s.

The maize market is highly concentrated, with about 2-5% of small- to medium-scale farmers accounting for 50% of marketed surplus. Two-thirds of smallholders do not produce a surplus – and many them are net consumers. FISP targets “viable” farmers, leaving out those that cultivate less than one hectare. Therefore, better-off farmers have been the principal beneficiaries of agricultural subsidies. The poorest farmers have been neglected; hence the slight impact on poverty reduction.

What impact have these policies had on relations between the government and the private sector?

Do you think the Zambian taxpayer has received value for money for these subsidies?

In short – no. Studies carried out by IAPRI show that the value of the additional maize produced does not exceed the cost of the subsidies. Also, the beneficiaries have been selective in relation to the provision of inputs, marketing and consumer subsidies – favouring better-off households over the poorest ones. Maize meal prices have continued to rise despite the high levels of subsidies.

Would you agree with the assertion that Zambia suffers from “maize dependency”?

Exactly. IAPRI has shown that FRA and FISP subsidies have encouraged farmers to allocate more land to maize, and less to other crops. This expansion has also reduced the amount of land left fallow, which could hurt productivity in future seasons. The recent expansion of FISP to include crops other than maize is a welcome development, but maize continues to dominate.

In May 2013, the government announced it will be reducing subsidies for maize. How will this work? What impact do you think it will have?

Rather than paying KR50 per 50kg of fertiliser, farmers will now pay KR100. The 10kg bag of maize seed will remain free of charge. The government has also announced that it is committed to removing consumer subsidies. For example, if the FRA acquires maize at KR65 per 50kg, this will be the price millers pay. But this is still a loss for the government. When handling, transport and storage costs are accounted for, the true cost to the FRA is more like KR100 per 50kg. The FRA has said it will continue purchasing maize from farmers at KR65, and have committed to limiting their acquisition to 500,000 metric tonnes. However, this could change.

When subsidies are removed, the additional costs to millers are likely to be quickly passed onto consumers. We expect a sharp rise in food prices in the short term. We can only hope that in the long term, with an increase in the participation of the private sector – and therefore more competition – we might see prices come down.