In May of this year, 40 patients escaped from Mathari National Psychiatric Hospital in Nairobi. The incident attracted widespread coverage in the press and drew attention to complaints about the conditions in Mathari and shortcomings of mental health care in the country. Of the small annual health budget, only 0.5% is allocated to mental health provisions. Most of this money is spent on treatment in hospitals, serving those with severe mental disorders. Few resources are available for prevention, early intervention, or common mental disorders. An approach, anchored in community care, which places increased emphasis on human rights, is now being advocated. This a pivotal time for redressing Kenya’s mental health system.

In this interview, Victoria de Menil, a PhD candidate at the London School of Economics specialising in mental health services research,  argues that a greater role can – and should – be played by community-based providers to address mental health needs in Kenya. 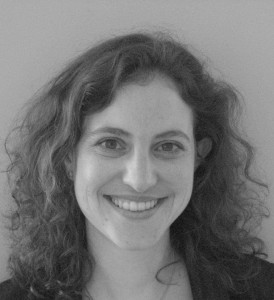 What happened at the Mathari Hospital in May? What impact, if any, do you think this incident might have in shaping approaches to mental health in the country?

On May 12th, 70 men (roughly 20% of the male inpatient population) tried to overpower the security guards and escape from Mathari Psychiatric Hospital. About 40 were successful. Given that half the patients in Mathari have a diagnosed psychosis, the incident represents a significant feat of planning and determination. The patients’ main complaints related to poor quality medication,  and inadequate hygiene and food. These shortcomings were also noted in the Kenya Commission for Human Rights report released in 2011 called “Silenced Minds”.

The incident created considerable media attention, both in Kenya and abroad, including  reporting by the BBC and Al Jazeera. The most constructive immediate outcome would be if the new Mental Health Bill that stands before parliament were adopted and budgeted for appropriately. Ultimately, community mental health needs more investment in order to avoid overcrowding and poor conditions in hospitals.

When we talk about mental health issues, what are we referring to in the context of Kenya?

What kind of treatment and care are available for people with mental ill-health in Kenya? How does this differ between the public and private sectors?

Within the public health system, mental health care  in Kenya is very hospital-based. There is some outpatient treatment conducted through provincial hospitals, but specialist care rarely gets into the community.

As community-based public health care structures are limited, people with a common mental disorder are often treated by a traditional or religious healer. A few primary care providers have been given training in mental health, but that remains the exception rather than the rule. In some instances, traditional healers provide the same kind of advice and treatment that you might get from a counsellor. Some of them are very skilled, but others are not, and some may inflict harm. The quality of this kind of care is uneven.

In the private sector, you are more likely to be treated for a common mental disorder by a specialist mental health professional. Many psychiatric nurses end up working in public hospitals in the morning, for example, and then in a private outpatient clinic in the afternoon, and they charge about the same rates as traditional healers.

There are indicators to suggest that the experience of care is better in inpatient private settings, such as Chiromo Lane Medical Centre, where I have conducted research. The ratio of professional staff to patients, the availability of beds, basic hygiene and continuity of care, including continuity of medication – these all tend to be better in the more expensive private facilities than in the public sector. In public hospitals, there is little opportunity for “talk therapy” and treatment is predominantly via medication, whereas in the private setting, various forms of individual and group therapy may be available.

Where does mental health care sit in the order of priorities in Kenya’s public health system?

The problems facing mental health care reflect those facing Kenya’s health system as a whole. There is a general shortage of resources, including not having enough of health care professionals. To reach the standards set out by the Kenya Ministry of Health, approximately 70,000 more nurses are needed. The general nursing shortage has a knock-on effect on mental health. Around half of the too-few nurses with specialist mental health training are not employed as psychiatric nurses, because they are needed for other nursing work.

Throughout 2012 there were numerous large-scale public health worker strikes – at one point involving over 40,000 workers. Many health care professionals do not have access to basic provisions, such as plastic gloves or clean syringes, and their salaries are inadequate. The competing demands for health funds are immense.

There is growing civil society involvement in the provision of mental health care. What form is this taking?

Civil society organisations, such as such as BasicNeeds, the Institute for Legislative Affairs, and the Africa Mental Health Foundation, are leading the community mental health agenda in practice, policy and research. It is worth defining what we mean by community mental health. From the perspective of health care providers, community care is often thought of simply as the ‘lowest’ level of health care services – i.e. at the level of a clinic or dispensary. From a more holistic perspective, however, community mental health involves all the structures and individuals that define a community. These include religious institutions, schools, the police, and other forms of community leadership, including the people accessing the services themselves.

BasicNeeds is doing pioneering work, bringing people together to create community-level services, raise awareness and petition for much-needed changes. Dozens of self-help groups have been established, meeting on a regular basis. For many, meeting like this provides its own community and is a major step towards overcoming isolation. Community leaders have also been involved in creating mental health action groups to take on the issues brought up by the self-help groups.

Why is mental health care such a low priority? What can be done to change this?

One of the reasons why mental ill-health has often been ignored is that it is not contagious. Although non-communicable diseases are receiving increasing attention in low-income countries, communicable diseases have historically been prioritised. In Kenya, another reason for not investing in mental health care is that some people have the impression mental illness cannot not be treated. There are effective treatments for mental illness, including ones that have been tried and tested in low-income countries. Combinations of self-help, counselling and medications delivered in community settings can be very effective. Improving mental health care does not require sending everyone to a psychiatrist.

How might new legislation such as the Mental Health Bill 2013, shape mental health care service provision?

The Mental Health Bill 2013 is due to come before the Kenyan Parliament this year. The new legislation will replace the Mental Health Act 1989 which mainly relates to hospitals and the circumstances in which someone can be hospitalised. The Bill includes provisions for prevention and addresses recovery as a notion – both important steps which reflect a change of approach. It also makes reference to human rights and establishes a Mental Health Board which could be an important structure in overseeing the provision of mental health care. Boards like this have been written into past legislation and not implemented. The key to the success of this bill will be appropriate budgeting and strong leadership, including representation from people accessing the services.

Until now, mental health services in Kenya have been largely reactive. Hospital services are provided to those who come, and there is little in the way of outreach or attempts to anticipate who may need services. Hospital budgets are planned and drugs are ordered on the basis of the previous year. The new legislation is a step in the right direction towards making mental health service planning more pro-active and effective, and hopefully to avoid repeat instances of events such as occured at Mathare.

Victoria de Menil is a PhD student at the London School of Economics and Political Science, specialising in mental health services in low-income countries. Her current research is on the capacity of private providers to address mental health needs in Kenya. Victoria worked for four years at BasicNeeds, a non-governmental organization working to enable people with mental disorders to live and work in their communities. While at BasicNeeds, she supported the implementation of a community-based Model for Mental Health and Development in four African countries: Uganda, Tanzania, Ghana and Kenya. Victoria holds a Master’s degree in global health from the Harvard School of Public Health.