On why people support Mugabe and ZANU-PF in Zimbabwe

Since the July 29th  Zimbabwe elections, debate has raged about the conduct and outcomes of the vote. The notion that ordinary Zimbabweans – perhaps even the majority – actually voted for Robert Mugabe and his Zimbabwe National African Union-Patriot Front (ZANU-PF) party is perplexing for many; for some inconceivable. Asking why many Zimbabweans decided to vote for ZANU-PF might be uncomfortable for some, but it is certainly necessary if we are to understand the country’s future political trajectory.

In 2010, Blessing-Miles Tendi authored “How intellectuals made history in Zimbabwe” for Africa Research Institute’s Counterpoints series. This insightful piece, based on years of research, goes some way to explaining how ZANU-PF maintains legitimacy and support in the context of severe institutional and economic decline. While much has undoubtedly changed over the past three years, a number of points made in this Counterpoint resonate after the 2013 elections in Zimbabwe. Here are a few snippets I picked out. 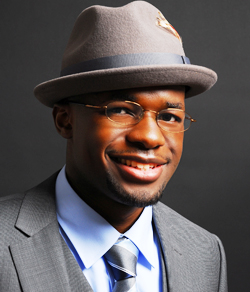 “It is a narrative which depicts ZANU-PF as sole champion, past and present, of the independence and sovereignty of a country under constant attack  from ‘imperialist forces’. Mugabe was the chief definer of the contours of this history, but professional academics gave it substance and credibility.”

“Patriotic history is a potent narrative that draws on real, not imagined, grievances. It taps into strong sentiments about colonialism and perceived western hypocrisy on human rights. Its proponents provide persuasive evidence for their assertions, which adds to the plausibility and strength of the narrative. The primary theme – inequality in land ownership – has an authentic history. The incorporation of powerful moral discourses makes patriotic history compelling, and difficult to challenge. Nationalist public intellectuals cite the land grievance as the main reason for their alignment with ZANU-PF.”

ON PATRIOTS AND SELLOUTS

“ZANU-PF history categorised Zimbabweans as ‘patriots’ or ‘sell-outs’. From the late 1950s this distinction was a continuous theme of liberation movement politics. But after 2000, a ‘sell-out’ was a ‘saboteur’ of liberation principles – someone who opposed land seizures and sought the extension of human rights in Zimbabwe. ZANU-PF supporters are by definition ‘patriots’ while the opposition Movement for Democratic Change (MDC) and civil society institutions were ‘sell-outs’ – and therefore ‘legitimate’ targets for political violence.”

ON SANCTIONS AND THE WEST

“After 2003, western sanctions replaced whites as the leading cause of Zimbabwe’s problems in patriotic history. ZANU-PF intellectuals declared that the West was punishing the country for having forcibly taken farms from their ‘kith and kin’, and redistributed them to landless blacks. In reality, sanctions were directed at leading members of ZANU-PF through the imposition of travel bans and freezing of their overseas financial assets. International events – the NATO-led Kosovo intervention in 1999, the Iraq invasion in 2003, the abuse of prisoners at Abu Ghraib and Guantanamo Bay in 2004 – were routinely cited as further evidence of western malfeasance and hypocrisy.”

ON THE OPPOSITION (MDC)

“Public intellectuals critical of the nationalist narrative failed to convey an alternative, more objective interpretation of their recent history to Zimbabweans. Masipula Sithole, Brian Raftopoulos, John Makumbe, Elphas Mukonoweshuro and Lovemore Madhuku published articles in independent daily and weekly newspapers in which they deconstructed the ‘patriots’ and ‘sell-outs’ distinction, and argued credibly that land was only one of many grievances behind the liberation struggle. In doing so, they showed immense courage. But their challenge to ZANU-PF’s version of history was ineffectual.”

“Political naïvety was equally important. Critical public intellectuals regularly made use of terms like ‘international community’ without appreciating the negative connotations with which these had become loaded by patriotic history. References to ‘good’ governance in foreign countries, implying ‘bad’ governance in Zimbabwe, added weight to allegations that they were western stooges.”

“For the MDC, land reform is a technocratic process. For ZANU-PF it was a populist event. The MDC considered production to be more important than hectares. It wanted methodical land reform, administered by an independent land commission. Joseph Made, twice ZANU-PF’s agriculture minister, argued that “the land issue is more serious than institutions, what is needed now is land, not a [land] commission”. MDC MP Priscilla Misihairabwi-Mushonga believes the party should have simplified its position: “ZANU-PF never talked about land in technical language. Its message was simple. We made a mistake by always talking process.””

“The primary fault line in Zimbabwean politics remains an irreconcilable gulf in political values. As the coherence of patriotic history has begun to unravel, so its utility as a means to identify political loyalties has been undermined. In coming years, proponents of patriotic history will require greater ingenuity to sustain their narrative. Yet the coalition government in Harare, even if it can succeed in mending the economy, is building on a fragile foundation. Should the economy recover without any attempt to revisit the crisis of values, then the recovery will have been built on quicksand. Technocratic intercession which fails to tackle this crisis of values may result in history repeating itself.”

Jonathan Bhalla is the Research Manager at Africa Research Institute

Click here to read Blessing-Miles Tendi’s most recent analysis of the 2013 Zimbabwe elections in the Guardian newspaper.