Book Review – Democracy in Africa: Successes, Failures, and the Struggle for Political Reform

In the 2000s, elections and term limits replaced death and coups d’état as the most common ways in which African leaders left office. The story of democracy in Africa is a complex one but in his new book Nic Cheeseman, Associate Professor of African Politics at Oxford University, expertly navigates the reader through political transformations across the continent.

Its publication is timely. 2015 witnessed positive advances in democracy on the continent, most notably in Nigeria where the opposition APC defeated the incumbent PDP party in peaceful elections for the first time.  In contrast, elections in Ethiopia resulted in all parliamentary seats being won by candidates aligned to the dominant EPRDF; while in Burundi, President Nkurinziza disregarded constitutional term limits and popular protest to retain power via a widely discredited electoral process. 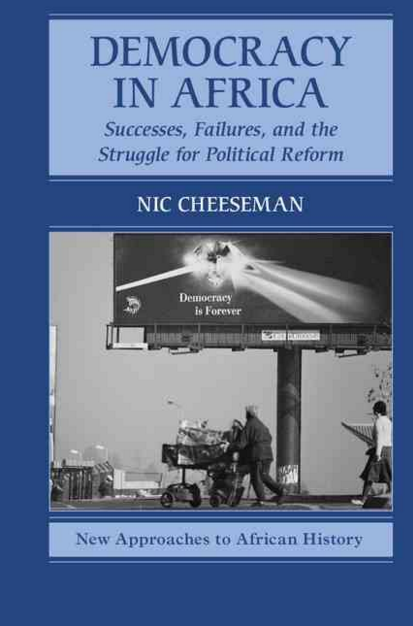 Cheeseman identifies three key barriers to democracy, which existed in varying degrees across Africa at the advent of independence: the prominence of neo-patrimonial structures, the creation of centralised state with a monopoly over economic opportunities and the mixed legacy of the colonial struggle. These are crucial to understanding the context in which democracy emerged.

Despite a plethora of one-party states in the immediate post-independence period, Cheeseman argues that democracy remained “an important reference point for even the most authoritarian regimes”. In Tanzania, semi-competitive elections regularly took place within a one-party state, whilst even in Zaire under the leadership of Mobutu, one of Africa’s most brutal “Big Man” regimes, there was a susceptibility to the “lure of democratic respectability”. Mobutu sought popular validation through the ballot box on multiple occasions even though the process was fundamentally flawed.

Regarding the end of the Cold War era, Cheeseman looks beyond the increasing, externally imposed, commitment to multi-party elections, which had mixed consequences. He focuses on how a combination of economically weakened states, domestic opposition and international actors shaped prospects for genuine democracy.

Importantly the book acknowledges how incumbents responded to this changing environment. In Uganda, President Museveni was able to take advantage of the uncertainty around regional insecurity, to establish himself as a key ally of international actors, despite a questionable commitment to democratic values. In Senegal, the government sought to control the process by instigating a top-down democratisation process.

Effective rule of law, the legitimate use of force and an environment which allows for freedom of expression are consistently referred to by the author as the key building blocks for democracy. Unless these preconditions exist, leaders will continue to cling to power through any means possible, fearing the economic and political consequences of defeat. Reducing the high stakes nature of electoral competition is a key to the evolution of robust democracy.

Cheeseman concludes by arguing that lessons for building more sturdy democratic structures can be learnt from successful, locally-driven initiatives, citing the innovative state-building process undertaken in Somaliland. Acknowledging that traditional structures poorly represent women, his point is more that “each set of political institutions must be carefully designed in light of the country’s own history”.

Explaining the complex evolution of democracy in a 54 country continent so lucidly in a little over 200 pages is a highly commendable achievement. Democracy in Africa sketches out key theoretical debates expertly and the accompanying array of tables, graphs and country examples, from across anglophone, francophone and lusophone Africa, provide useful introductions to specific cases. For a student approaching the subject for the first time it is the comprehensive account. For those more familiar with the subject, the nuanced arguments will offer plenty to reflect on anew.

His argument for the “Africanizing” of the institutional design of democracy to understand historical dynamics is compelling and should be a vitally important reading for policymakers.  Cheeseman should also be commended for stressing the importance of domestic factors in the development of democracy and for critiquing the relative failure of international investment, which sizeably increased from the 1990s, to do the same.

The book challenges conventional thinking and asks pertinent questions for further research, such as why the democratic dividend is not yet being realised by citizens on the continent. Only on the role and participation of women in the struggle for democracy in Africa, touched upon briefly, could more perhaps, be said.

This review was written for the Africa At LSE blog by ARI’s Jamie Hitchen. It is reposted here with permission.

Democracy in Africa: Successes, Failures and the Struggle for Political Reform is published by Cambridge University Press.