Cash transfers for Africa: A Primer

Promised by President Muhammadu Buhari during the Nigerian election campaign, and promoted by many donors and NGOs, cash transfers are very much in vogue. The apparent success of cash transfer programmes in Latin America has prompted closer attention to how African governments might use them to reduce poverty and inequality.

In the first of a series of three articles, ARI researchers Jamie Hitchen and Nick Branson highlight some of the potential benefits and shortcomings of structured cash distributions in Africa. 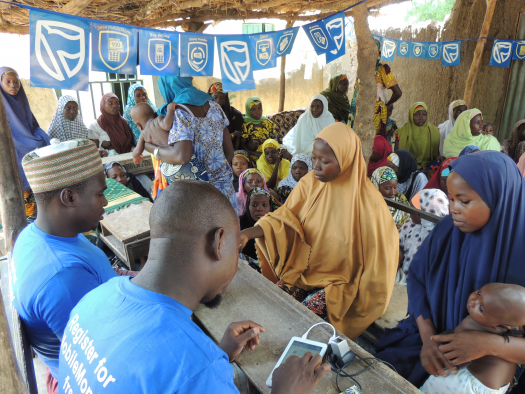 What are cash transfers?

Cash transfers are not about the diaspora sending remittances to their families back home. According to the OECD, they involve governments and NGOs transferring money at regular intervals to individuals or households “with the objective of decreasing chronic or shock-induced poverty, addressing social risk and reducing economic vulnerability”. A DFID literature review describes the objective as provide a social safety net by helping to “raise and smooth incomes” for the poor.

Why are they so popular?

A shift in approach among development practitioners from favouring “top-down” initiatives to empowering individuals is partly responsible. The effectiveness of cash transfers in alleviating poverty in Latin America is another factor. They are now embedded in the debate about the Sustainable Development Goals (SDGs).

What about existing cash transfer programmes in Africa?

There are two main types of cash transfers in operation. Unconditional social grants target vulnerable groups which find it difficult to participate in the labour market. Conditional cash transfers are distributed only to households that fulfil certain obligations, such as vaccinating children. The conditions are designed to encourage decisions which improve livelihoods.

Government social welfare programmes are not new to Africa. The Union of South Africa established a restricted programme in 1928, and all South Africans have enjoyed a constitutional right to social welfare since 1996. The post-apartheid government established five social grants to provide a safety net for people unable to find work. In 2013, 45.5% of South African households received one or more of these unconditional grants. Namibia and Botswana have introduced similar programmes; Zambia intends to expand its existing one.

South Africa’s social grants are expensive, costing more than 4% of GDP annually. By contrast, Mexico, Colombia, Venezuela and Chile all spend less than 1% of GDP on cash transfers; Argentina and Brazil spend 1.5% of GDP. Twice as many South Africans receive a transfer from the state as pay taxes, raising doubts about sustainability. One study forecasts that spending on social grants and the civil service will absorb all government income by 2026 if current rates of growth and expenditure persist.

While an entrenched feature of the political landscape in South Africa, not all governments in the region share the zeal for unconditional cash distributions. In Malawi, political elites would prefer other, more participatory, forms of social protection such as cash-for-work schemes. Donor-funded programmes that are not actively supported by government are likely to prove unsustainable and of limited effectiveness.

Even before the World Bank’s recent report on behavioural economics, development practitioners had attempted to use financial incentives to ‘nudge’ citizens. Incentivising families to immunise new-borns, for example, protects individual children and improves the health of the entire community. A conditional scheme in Nigeria successfully encouraged expecting mothers to see a midwife four times during their pregnancy and to have an attended birth in return for a lump cash sum.

The potential for CCTs to improve development indicators will remain limited in areas with a dearth of government services like schools and clinics. This is the case in much of sub-Saharan Africa, especially in rural areas. Put simply, it is not realistic to tie a cash payment to enrolment for primary education if there aren’t sufficient school places. Even if there are places, a sudden influx of children might negatively impact the quality of education. The seemingly simple concept of cash transfers overlies great complexity.

Nigeria could be an interesting test case for the viability of CCTs. During the presidential election campaign, Muhammadu Buhari pledged cash payments to the poorest 15% of Nigerians provided they immunise their children and enrol them for school. According to the All Progressives Congress (APC) manifesto, 25 million vulnerable citizens will be eligible for direct transfers of 5,000 Naira (US$25) per month. How this US$7.5bn annual commitment will be funded was not made clear, nor was the means of targeting the poorest in a country where population and poverty data remains unreliable. But a bold attempt to fulfil the election pledge could at least generate much-needed investment to improve health and education services.

Only for the wealthy…?

Cash transfers appear to be best suited to middle-income countries with the resources to fund their commitments and government services capable of targeting specific groups and distributing the cash. However the political backdrop is just as important, if not more so.

In Latin America, coalitions of labour movements and progressive parties conceived, and built support among voters, for social welfare reforms. Under pressure to represent the interests of those on low incomes, governments implemented cash transfer programmes alongside changes to taxation levels, pensions and labour markets. Such reforms have remained unchallenged: during the 2014 Brazilian presidential elections, all candidates endorsed Bolsa Família, the country’s pioneering social grants system.

At present, few African countries are characterised by similar coalitions of workers and political parties or by programmatic politics. Electoral constituencies that could benefit most from social reforms and cash transfers are often considered marginal or are easily won over through long-established neo-patrimonial practices. In most countries, the number of taxpayers who might demand productive government expenditure in return for their taxes is small; and the bureaucratic capacity to identify and target the poorest and most vulnerable is limited. Citizens tend to seek to avoid the state rather than engage with it, for understandable reasons. With notable exceptions in southern Africa and in Ethiopia (which we will consider in a later blog), cash transfers programmes on the continent are driven externally, by donors and NGOs.

Donors should ask themselves, in the absence of the political will to pursue cash transfers, the bureaucratic apparatus to implement such schemes, and the economic might to fund them, is this new, exciting modality really the right fit for Africa?

In the second article in this series (Cash transfers: indebted to donors), we examine donor-financed cash transfers and their impact. A third article (Cash to the Rescue!) considers the use of cash transfers during humanitarian emergencies.