To mark the 40th anniversary of ECOWAS, Africa Research Institute, in partnership with The Africa Report, hosted a panel discussion to debate its continued relevance and role in improving regional economic, cultural and political integration. Our assembled experts – Arnold Ekpe, Véronique Tadjo and Patrick Smith – shared their thoughts and responded to wide-ranging questions from the audience.

Ekpe on the economy:

An ECOWAS single currency: The single currency remains a dream. It does not make economic sense when the West African economies are so heterogeneous. Regional convertibility is a more sensible approach and would encourage the free movement of capital across the region. The proposed Eco currency would have to be based on the Naira because Nigeria’s economy accounts for 77% of regional wealth; but this would be unacceptable to the francophone countries that use the CFA Franc. They are unable to provide a viable counter-proposal because the CFA is pegged to the Euro and guaranteed by France. How can you have a West African currency without having control of setting policy, printing money and a central bank?

Economic leadership: Currently we look outside, to Europe and elsewhere, for solutions to our economic problems. We must learn to look within Africa. I would support an Africa-Africa summit to discuss how we can work together to move forward economically. There is a lack of visionary pan-African leadership. Within ECOWAS I see a willingness to get things done but an inability to execute; moving from talk to action has always been its biggest challenge.

The fallacy of the African economic miracle: The 6-7% GDP annual growth figures we see in West Africa are not good enough. China grew at double digits for three decades to catch up. If Africa is to do the same we need to create bigger markets and big banks to finance infrastructure. If a country has 45 banks, they have 40 too many.

Funding development: Some African countries have struggled to attract foreign investment for ambitious infrastructure projects. Ethiopia financed its new dam by raising money from its own citizens. More attention needs to be paid to domestic revenue mobilisation if we are to create a pool of revenues for investment. Countries cannot develop from external funding alone.

Language: One of the biggest missed opportunities is language. ECOWAS made a key decision to keep French and English as official languages, in the belief that this would facilitate communication, but the gap between Anglophone and Francophone countries remains as stark as at independence. A lack of communication means we are not sharing ideas and knowledge across the region. This is true of African languages too.  We are not talking to each other within country borders; there is alienation between elites and the majority of the population. People are trapped within ethnic and linguistic groups. This leads to marginalisation and radicalisation.

The culture industry: We need to make culture an integral part of the economy. Government budgets for culture are an afterthought; there is a lack of political will to support art in West Africa. I see this as a loss of potential earnings.

Smith on politics and security:

Anti-third term movements: The uprising in Burkina Faso to oust President Compaoré was a very important juncture. It sent shockwaves across the continent and we are seeing the after-effects in DRC and Burundi. To ECOWAS’s credit they have tried, just two days ago, to restrict all leaders in the region to two terms but it should be no surprise that the only objectors were Togo and Gambia – the members most hostile to democratic freedoms.

The insecurity threat: If insecurity in northern Nigeria can be tackled the focus might shift to Islamist rebels in Mali. The vast amounts of military hardware in Libya left behind after the fall of Gaddafi poses a significant threat to stability in the ECOWAS region. Security crises will not go away and ECOWAS will have to find a way of financing future interventions.

Nigeria and the region: Buhari’s election in March 2015 was part of wider political movement against corruption and lawlessness that was undermining economic opportunity. His efforts to re-establish the rule of law will be vital to Nigeria’s future and promise to have regional implications with elections in Ghana, scheduled for 2016, drawing some parallels.

A political union: ECOWAS is an economic union in denial. It has done more in political and security interventions – Cote d’Ivoire, Guinea-Bissau, Sierra Leone and Liberia – than anything else. 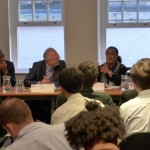 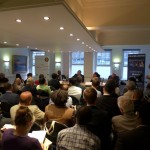 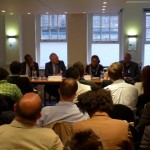 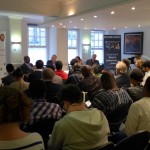 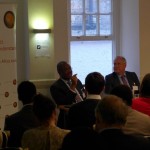 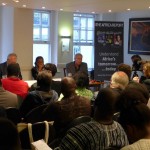 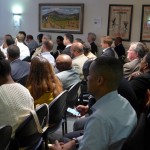 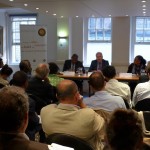