Anglophone countries have led the way in reforming tax administration in Africa, considerably more so than their francophone peers. The reasons for this are numerous. Networks of international tax specialists are based mainly in English-speaking countries. Many of the modern systems that promote best practice within tax authorities were developed in anglophone countries, especially Australia. International donors, and particularly the UK’s Department for International Development (DFID), have directly and indirectly promoted a lot of reform of national tax authorities. In fact, this has been one of the success stories of British aid.

A package of reforms has been pursued in anglophone Africa. The most profound change is the amalgamation of revenue collection under a single agency, often referred to as a semi-autonomous revenue authority (SARA). Previously, it was common for tax collection to be dispersed among a number of departments within the Ministry of Finance. For example, different people would be in charge of collecting income tax, VAT and excise taxes. Multiple lines of tax collectors existed, usually not co-operating with one another and each trying to strike private deals with taxpayers. This structure – and practice – still occurs in much of francophone Africa.

SARAs have tended to establish separate offices to deal with large taxpayers in particular. In doing so, they have been able to apportion the necessary skills and expertise to meet the specific requirements of different taxpayer groups. For example, tax authorities need their best auditors and analysts handling the affairs of large companies for the simple reason that they are the source of most revenue. This is both a practical and strategic reform. Specialist departments have also been established to focus on functions such as internal compliance, anti-corruption, personnel and policy. 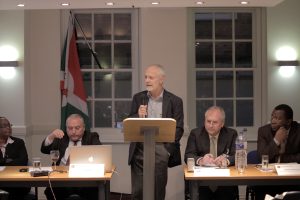 There has been a concerted move to reduce the amount of face-to-face interaction that takes place between taxpayers and tax collectors. This is where corruption takes place. Tax assessments have been separated from physical revenue collection. Payment may take place at large open collection centres, and the whole process is automated. In some countries, such as Burundi, taxes can be paid through banks. A mobile phone tax payment system – M-Declaration – was launched in Rwanda in September 2012 for businesses with an annual turnover of between US$3,000 and US$770,000 per annum.

Many of these revenue collection and administration reforms have also taken place in developed countries in the not-too-distant past. This is partly why donor funding has generally played a positive role in revenue reform in sub-Saharan Africa. The principles and processes behind tax reform in OECD countries apply quite well to developing counties, with important modifications.

In some countries, SARAs have been an effective lever for the stimulation of wider economic reforms. Their creation has often initiated and fuelled important debates about fiscal policy, service delivery and tax exemptions in anglophone African countries. However, SARAs are not a silver bullet – and to some extent have been oversold by donors.

SARAs are highly formalised and centralised institutions, usually housed in impressive headquarters in capital cities. They often have strong working relationships with international accountancy firms and donor organisations. Salaries are not tied to government pay scales, and are often akin to those in the private sector. The institutional culture is orientated towards engaging with the private sector and large formal organisations. However, SARAs are seldom suited, or keen, to engage with the vast majority of actual or potential taxpayers in Africa – those involved in the informal economy. This reality has not always been fully recognised by policymakers and donors.

Tax authorities in anglophone Africa have sought to capture more revenue from the informal economy through levies on the presumed income of individual or small enterprise. Presumptive taxation is based on the type of business or economic sector. In francophone Africa, traders or companies are required to purchase a business licence, which is essentially the same process.

The idea of presumptive taxation has existed for some time, although it has not been successful as a revenue generator when applied on a large scale. In most cases, the motivation is to put in place systems that prevent large- and medium-sized companies from presenting themselves as small taxpayers, and therefore claiming exemptions, rather than to raise substantial revenues.

Some tax authorities have been quite innovative in their efforts to capture revenue in the informal economy. Some success has been achieved by working closely with local business and trader organisations. For example, the Ghana Revenue Authority (GRA) reached an agreement with a union of bus drivers in Accra to collect a daily income tax. In exchange, bus drivers were issued with a ticker and given assurances by the police that they would not be stopped at road blocks and fined for insignificant – or invented – transgressions. In this example, however, the initial success was stymied when the union stopped handing over all the money to the GRA.

Initiatives like this need to happen more regularly, and on a bigger scale, so that lessons can be learnt and shared. The purpose of taxing the poorer segments of society should not be to generate vast sums of money. The majority of people who work in tax authorities in Africa are aware that most citizens – rich and poor – pay informal taxes of one sort or another to all kinds of people. At border crossings, for example, it is common for there to be three or four government agencies – from customs authorities to environmental standards to border security – extorting fees from traders and businesses. This occurs even more in West Africa than East Africa.

Local government and the golden egg

Taxation plays a vital role in promoting citizenship and reciprocal relations between the taxpayer and government. It is about encouraging people to make a contribution for which they receive something in return. In Africa, local government will need to play an important role in developing sustainable relations of this nature.

Rwanda is one of the few exceptions, where tangible services are directed and delivered at national level. The government in Kigali taxes everything it can, while at the same time ensuring a low level of corruption. The system works because most people are confident that their taxes are paying for public good. Fear may also be a factor. Most African governments do not have the capacity or political will at a national level comparable to that displayed by the state in Rwanda.

Empowering local government in Africa is not easy. Donors such as DFID have traditionally avoided lose engagement with sub-national government. It also makes a lot of practical and financial sense of try and reform central revenue collection first. Where competent SARAs now exist, the same amount of effort and resources is required to build the capacity of local authorities to levy certain taxes and provide services. But there is no unanimity or shared conviction regarding this imperative at present.

The skills needed at national and local levels are quite different. Central revenue authorities require the knowledge and expertise to engage effectively with large multinational firms. To tax a telecommunications company effectively, for example, requires considerable industry knowledge and legal expertise. Yet these attributes are almost entirely useless when it comes to setting up a local property tax register.

Most local authorities in Africa have very small budgets, and an extremely limited capacity to collect additional revenues. More politicians would be interested in local authority taxation if the revenues were higher and they could use them to increase their popularity. It is a chicken-and-egg problem.  There are two areas where central government could help. Firstly, give local authorities full control over business taxes. The second would be to help build effective systems for property tax.

Property tax is the number one unexploited revenue source in Africa. It is a largely untapped source of funding for sub-national governments. In fact, property tax is underexploited all over the world. In many countries, a colonial system for taxing property is still in place which is very complicated and tends to be weighted in favour of wealthier elites. Most property tax decisions are made locally, where class interests can be particularly powerful. Any sensible tax system would include provisions to revalue properties every five years, especially in rapidly urbanising countries. In reality, political decisions are made not to undertake revaluations for a long time – so property tax is an ever-shrinking proportion of total revenue.