Kieran is one of the co-authors of an ARI report detailing efforts to reform tax collection and administration in one of Africa’s poorest nations (available either in English or French). 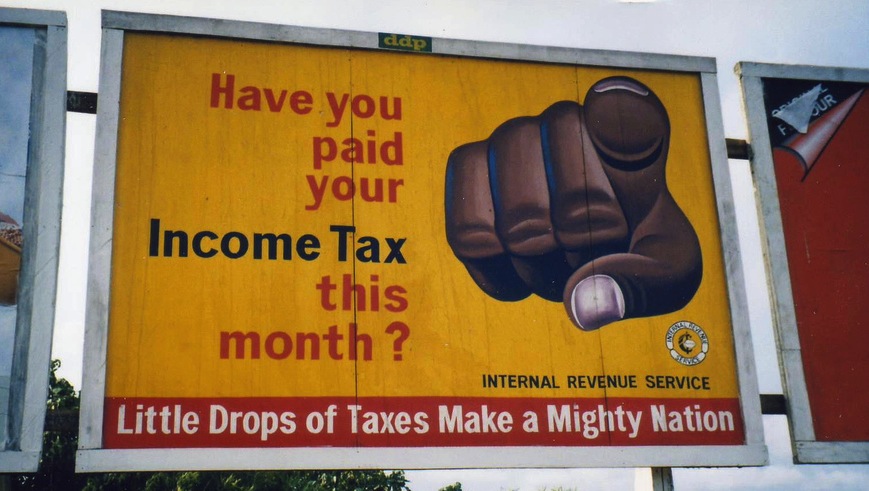 Indeed I will be joining a panel to discuss this very issue at the 2014 Centre for Aid and Public Expenditure conference on 12 and 13 November focusing on “Domestic revenue generation, international public finance and the Sustainable Development Goals – All good things go together?”

Domestic revenue mobilisation means collecting taxes and other non-fiscal charges from a country’s entire revenue base.  It implies the effective use of those revenues for infrastructural development, both hard and soft, and for improved services, particularly health and education, to the population.  Stimulating a country’s own revenue base is the only sustainable way to provide the funds needed for infrastructural development and service delivery because all other sources of finance are smaller or less efficient than tax revenues.

As we all know aid revenues are volatile, particularly since the onset of the international fiscal crisis.  In any event, aid is of course undesirable in the long run since it encourages dependency, impacts negatively on sovereignty and often, for its own reasons, tends to take key financial decisions out of the hands of the recipient country or at least takes the greater portion of that decision-making away.

The inward flow of emigrants’ remittances, while often much greater in value than international development assistance, is equally inefficient for our purposes since remittances by their very nature are directed towards households and tend to be consumed on typical household expenditure.

All countries compete for foreign direct investment but these inward investment flows are often patchy and sporadic and of course they flow towards areas where profits are seen to be possible, which is often where natural resources need to be extracted; indeed they rarely flow to areas in greatest need of development and poverty alleviation. The quality of FDI is hugely variable and poor countries often tend to attract the kind of footloose, transient, exemption-seeking investment that provides little or no linkages or job creation.

Finally, the potential revenues to be gained from effective revenue mobilisation dwarf all other forms of financing.  Some examples from the countries where I have worked are: –

In Rwanda, the revenue to GDP ratio grew from 11.9% to 14.1% in the same period. Often a one percentage point growth in this figure is sufficient to outstrip the donations of the largest donor or donors.

You’ll notice that I referred earlier to a country’s ‘entire’ tax base. In my experience poor countries rarely apply taxes to their entire tax base. Indeed this may be true of all countries but in poor countries the exclusions are both dramatic and substantial.

Here’s a flavour of what they tend to miss out on: –

As is clear from the above very short and by no means extensive list, dealing with tax reform invariably involves dealing with the elite and compelling the elite to make a tax contribution for the greater good. Essentially, this means that the elite have to be brought within both the income tax and property tax net in all aspects. This is not an easy task and requires both courage and political will.

This also requires donor political and economic contributions but sadly this support is all too often lacking. Donors do not yet seem to appreciate the importance of domestic resource mobilisation and only 0.8% of aid was targeted towards fiscal systems[1] in developing countries in 2010/11.

While it is true that no one likes paying taxes, it is equally true that states greatly benefit when tax systems are well designed and intelligently administered.

Unless domestic resource mobilisation can be achieved, resources on the scale necessary to make the development gains envisaged in the SDGs simply won’t happen, as aid can never hope to fill the gap.

Donors must therefore put political and economic support for domestic revenue mobilisation to the top of their agenda as a matter of urgency.

For state and citizen: Reforming revenue administration, in Burundi

Tax in Africa – In conversation with Kieran Holmes