Whose land is it anyway? The failure of land law reform in Kenya

On 2 October 2015, ARI hosted the launch of “Whose land is it anyway? The failure of land law reform in Kenya” by Ambreena Manji, Professor of Land Law and Development at Cardiff Law School. This Counterpoint draws on Manji’s experience while Director of the British Institute in Eastern Africa between 2010 and 2014, when she served as a member of a consortium convened by the Katiba Institute. The respondent was Professor Yash Ghai, a Kenyan academic in constitutional law. He was the Sir Y K Pao Professor of Public Law at the University of Hong Kong from 1989 to 2006. From 2000 to 2004, he chaired the Constitution of Kenya Review Commission and in 2011 co-founded the Katiba Institute to promote understanding of constitutionalism and to facilitate the implementation of Kenya’s new constitution.

Among the many interesting questions and points raised by a large audience, were those by Professor Catherine Boone (on community land legislation in the context of devolution, and the respective mandates of National Land Commission, the Ministry of Lands, and the Counties ); Sir Edward Clay, former British High Commissioner (on the desire to localise land allocations); Dr Richard Baines, (on the lessons which might be applied from devolution of the land registry in Mozambique); and Dr Pilar Domingo (on the role, capability and credibility of Kenyan courts to adjudicate disputes). Watch the video and listen to the audio to hear more. 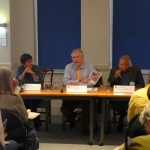 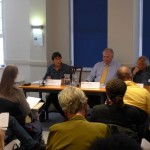 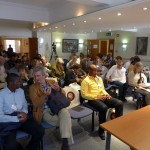 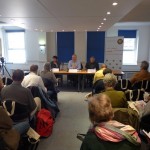 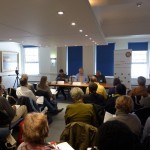 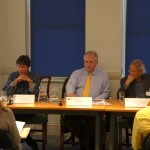