Planting Ideas: How fertiliser subsidies are working in Malawi 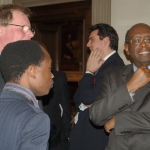 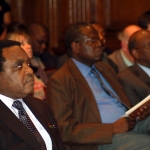 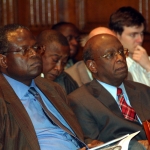 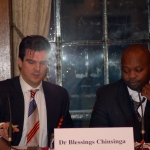 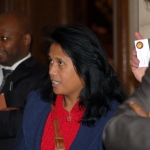 Malawians depend on domestic crops from over-cultivated soils. Recurrent poor harvests have had disastrous consequences for food security, but yields have improved significantly since the introduction of a government scheme to improve access to fertiliser by smallholder farmers.

Malawi is the most densely populated country in southern Africa with 88% of its population living in rural areas. There is only one rainy season and one main harvest each year. Importing food is costly and complicated because the country is landlocked and infrastructure is underdeveloped. About 2.8 million households depend on farming. The vast majority farm very small plots of land. Few of these can afford to invest in agricultural inputs or expect to produce a surplus for sale. Half of all rural households routinely face a shortage of food lasting up to five months, before the harvest in spring.

Dependence on primary crops both worsens the impact of poor harvests and makes them more likely to occur. Lack of alternative livelihoods, combined with the small size of plots, compels farmers to cultivate maize on the same land year after year. Over-cultivation has reduced soil fertility.

Fertiliser is the quickest and most effective method to increase soil fertility. But fertiliser use is low in Africa, by comparison with Asia and other regions. Prices vary widely by region, but unsubsidised fertiliser is beyond the means of most smallholders. Food crises in Malawi have coincided with attempts to phase out agricultural subsidies under policies of Economic Structural Adjustment and economic liberalisation favoured by foreign donors. In 2002, cutbacks to the ‘Starter Pack’ for smallholders were followed by famine.

Fertiliser has become the most important issue in Malawian politics. Increased competition between political parties since elections in 2004 is reflected in rival promises to smallholders. All parties and political formations propose different, but consistently generous, methods of subsiding agricultural inputs. Subsidies are problematic and have been prone to corruption. They can hinder long-term development by distorting markets, crowd out private sector participation in the supply of agricultural inputs, and discourage diversification among farmers.

The Agricultural Input Subsidy Programme (AISP), introduced in 2005, uses vouchers to provide a partial subsidy for fertiliser and other inputs, and to target beneficiaries. The programme provides two vouchers for maize fertiliser to more than half Malawi’s smallholder households. One fertiliser voucher reduces the cash cost of a 50kg bag of fertiliser to 950 Kwacha, about a quarter of the commercial price. It is cheaper to subsidise fertiliser than to import food. AISP favours poor farmers with the land and human resources to use subsidised inputs efficiently, when they could not otherwise afford to buy enough fertiliser. The programme absorbed almost half the ministry of agriculture’s budget in 2006/2007.

There is room for improvement within the programme. More effective targeting would ensure that vouchers are not allocated to farmers who would otherwise buy unsubsidised fertiliser. Political imperatives preclude any exit from AISP, but Malawi must also promote alternatives to farming. Despite weaknesses, the subsidy is a cost-effective way of feeding the population and averting the disastrous effects of food crises.

AISP has improved smallholder access to fertiliser and to maize seed, and achieved higher yields. The 2007 harvest produced a record surplus of around one million metric tonnes of maize. Donor collaboration can help. Despite initial reservations, support from DFID and the UNDP reflects a shift towards more pragmatic, less ideological approach to international aid. Improved mechanisms to deliver agricultural subsidies are the best option to improve food security in Malawi.

Planting Ideas: How agricultural subsidies are working in Malawi