On 28 January, to launch “Who Really Governs Urban Ghana?” we hosted an event  with co-author, and postdoctoral research fellow at Columbia University’s Earth Institute, Jeffrey Paller; and Charlene Bello, founding member of the Ghana Growth and Development Platform. The discussion focused on the informal politics that dominate Ghana’s urban spaces.

Kwame Nkrumah was elected Prime Minister of the Gold Coast in 1951. With a grassroots support base he sought to secure self-governance as a matter of urgency. After Ghana was granted independence in 1957, Nkrumah introduced a unicameral, highly centralised presidential system. He was overthrown in a peaceful coup in 1966, an event which started a tumultuous period of political instability in Ghana.

Between 1966 and 1979 the country experienced four military coups, culminating in Flight Lieutenant Jerry Rawlings taking power. Although the coups may have altered who was at the top, they did little for those at the bottom. In 1988, under domestic and international pressure, Rawlings announced the creation of Metropolitan, Municipal and District Assemblies (MMDAs) in a move towards decentralisation. However, Rawlings’s commitment to devolution was questionable.

In the multi-party era – 1992 to present – Ghana’s decentralised institutions have been under-resourced and lacking in real power. Too much authority is vested in the presidency at the expense of local authorities. For example, mayors are appointed by the president and are often political figureheads, not democratic representatives of the people. This has created space for, and made necessary, the rise of informal urban political organisation: if the government does not deliver basic services, someone has to. The importance of grassroots political organisation is growing in Ghana’s cities. It will play a leading role in the elections scheduled for November 2016, often in wholly unexpected ways.

On 21 April to launch “Who Really Governs Urban Ghana?” we co-hosted an event  with with the Ghana Center for Democratic Development in Accra. Co-author’s Jeffrey Paller and Mohammed Awal set out the key arguments put forwarded in the paper and a response was offered by Victoria Okoye, an urban planner and founder of African Urbanism. Listen to the discussion below. 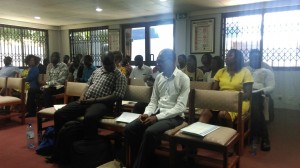 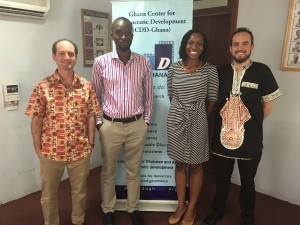 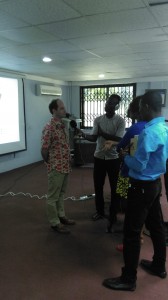 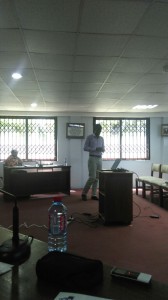 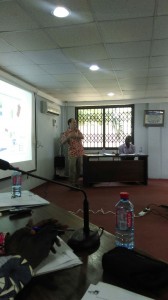