What do informal transport associations tell us about political trajectories in Africa?

For a window onto a country’s politics and political economy, look at how urban transport is organised. Britain’s embrace of Uber, and the beleaguered company’s exploitation of a legal loophole to allow its drivers to operate in places where they are not actually licensed, speaks volumes about our government’s love of deregulation. In France, meanwhile, both the vehemence of anti-Uber protests and the launch of rival apps by the French government are indicative of its economic nationalism and the strength of worker unions.

Across Africa the organisation of transport services is similarly political, and equally revealing, when looked at over the longer term. Many African countries experienced disinvestment in public transport alongside widespread deregulation from the 1980s onwards, fuelling the growth of informal services in the form of minibus-taxis, tuk-tuks and motorcycle taxis. Yet beneath the apparent similarity of urban transport forms across the continent lie significant differences in organisation, which echo broader political trends as well as having important impacts on how cities function.

In Nigeria, organisation in the minibus-taxi sector prior to the return to democratic rule in 1999 reflected the country’s political trajectory as it lurched between successive military coups and brief periods of democracy. The National Union of Road Transport Workers (NURTW) was set up in 1978 to represent drivers, as pre-existing transport unions existed solely to represent vehicle owners and traders. However, as further political instability rocked Nigeria in the 1980s there was substantial political violence surrounding control of taxi parks in many Nigerian cities. NURTW’s increasingly authoritarian and extortionary behaviour was contested by rival associations, culminating in an extremely violent, though ultimately unsuccessful, 2001 “coup” against NURTW in Ibadan. Like Nigerian politics in general, the direction of public transport in the late twentieth century was characterised by fleeting moments of democratic promise that quickly descended into corruption, coup and counter-coup.

With less ethnic strife, regional tension and military involvement in politics than Nigeria, there has been less large-scale violent contestation in Tanzania’s urban transport sector – but also little effective representation of workers in a deregulated post-socialist environment. A single domineering minibus-taxi owners’ union exists primarily to predate on its members, while the organisations that represent drivers are weak and fragmented. In Kenya, the matatu (minibus-taxi) sector reflects the increasing violence of ethnic politics in recent decades, with the country’s most notorious ethnic gang, Mungiki, organising itself around control of urban informal transport. 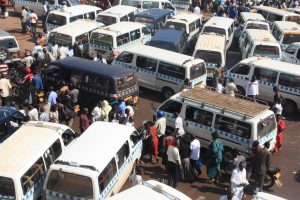 In cities across South Africa, hundreds of deaths occurred every year in the 1990s as powerful syndicates fought “taxi wars” for the control of routes. In contrast with Nigeria, there was never one dominant workers’ association; and unlike Kenya, organisation was not ethnically ordered. Control remained highly fragmented, with over 100 associations in Johannesburg alone in 2005. This echoes broader patterns of autonomous mobilisation in the context of apartheid-era labour migration from the 1970s, but also reflects aggressive deregulation in the 1980s and 1990s.

However, alongside its post-apartheid neoliberal economic strategy, the African National Congress government’s growing concern about extreme taxi violence led to a consultation exercise that resulted in a new umbrella organisation for taxi owners, and a new overarching transport union. While far from perfect, the structures that emerged reflected South Africa’s broader shift towards formal democratisation and inclusion – and the wider societal challenge of trying to create institutions to reduce chronic violence.

Uganda’s case bears some similarities to all of the above, but also tells a story that is unique. I explore this in depth in a new research article, which looks at what the rise and decline of one mafia-like association – the Uganda Taxi Operators and Drivers Association (UTODA) – can tell us about state-society relations and democratisation (or the lack of it) in Uganda. The word “taxi” here refers to the matatu minibuses that not only dominate public transport but comprise an estimated 70% of all road use in the Ugandan capital, Kampala. 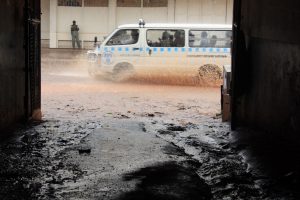 A key to understanding the Ugandan story lies in the association’s name: a single body claiming to represent the interests of both “operators” (owners) and drivers simultaneously. This feature is unique to Uganda and has been intrinsically problematic. In some ways UTODA resembles the ruling National Resistance Movement (NRM), which for a long time was both a vehicle for President Museveni and his allies as well as being the sole representative political organisation for everyone in the country. Just as it was not possible to engage in politics outside of the NRM, it was not possible to run matatu services outside of UTODA.

UTODA also embodied Ugandan state-society relations in distinctive ways. To help consolidate the new regime’s territorial dominance after the civil war ended in 1986, the NRM-state rapidly infiltrated the transport sector and its new association. Many politicians bought up matatus as a source of income, often in large numbers, and it became common to offer politicians one as a bribe. Theoretically an interest group representing a particular socio-economic sector, in many respects UTODA was fused with the government from the outset.

However, over time UTODA came to have interests of its own. The link to state security agencies faded and it became increasingly concerned with profit maximisation. From the early 2000s onwards, the association came into conflict with the state with growing frequency. When Kampala City Council attempted to claim tax arrears, or to try and modernise the urban transport system, UTODA could threaten to bring the city to a standstill by mobilising drivers to strike. Even though it exploited drivers significantly, UTODA was the only organisation they had.

A complex relationship developed with the Ugandan state, through which a few people benefited immensely while Kampala suffered from increasing congestion and poor services. Drivers were largely unrepresented. This profitable but antagonistic and intractable headlock between the association and the state can be explained as a process I term “double capture”: first the state captured the transport association, then the association acquired its own powers and re-captured the state, such that it could effectively hold the city government to ransom.

Although many politicians doubtless benefited from it, UTODA ultimately became a nuisance to Museveni. In 2011 the Kampala Capital City Authority (KCCA) was created, staffed by unelected bureaucrats accountable directly to the president. This new body enabled the central government to reclaim control over the governance of Kampala and crush UTODA. However, it did little to challenge exploitative relations in the transport sector; it simply meant that drivers’ lives were shaped by the whims of the unelected city government rather than UTODA. Indeed, with the removal of the association, drivers went from being poorly represented to being barely represented at all.

This narrative reveals an important point about the broader political trajectory of Uganda under the NRM. UTODA was part of a wave of associational life that began in the context of democratisation after the 1980s civil war, but which gradually turned sour as the government sought new ways to manipulate it in the interests of retaining power. The sorry situation that Uganda’s transport workers now find themselves in, where the long dominance of a group of profiteering elites has left them with diminished capacity to represent themselves, is emblematic of the state’s weak commitment to the deepening of democracy.

Tom Goodfellow is a Senior Lecturer in Urban Studies and Planning at the University of Sheffield, and an Associate Fellow of the Sheffield Political Economy Research Institute and Sheffield Institute for International Development. He tweets @GoodfellowTom