The geopolitics of African urban transformation

Cities are now firmly on the international development agenda. They have a dedicated Sustainable Development Goal – number 11 – as well as UN-HABITAT’s New Urban Agenda, both the product of years of work. Among many other recent programmes of urban research, DFID is funding a major stream on cities in East Africa. NGOs and think tanks across the UK and beyond are also stepping up their urban work.

This may seem unsurprising and unremarkable, but it was not long ago that aid agencies were radically downsizing their focus on cities. USAID allegedly all but eradicated its urban team in the 1990s, and some major international NGOs confessed to spending less than 10% of their resources on urban areas despite growing evidence of poverty. Across the African continent, until recently, cities were primarily conceived as privileged locations that sucked resources out of the countryside, rather than spaces for development intervention.

The renewed attention to the urban is welcome. But it also comes at curious time, when a new range of international influences seems to have nudged aside “traditional” development partners on the ground, particularly in Africa. In fact, the resurgent interest in Africa’s cities among mainstream donors has probably emerged partly because they have been decentred in this way.

Ask any resident of, or recent visitor to, the continent’s major cities from which direction the major winds reshaping them are blowing and the answer is likely to be east. This is not just about China: countries including India, South Korea, and Turkey are all ramping up their investment, as well as forms of aid and technical assistance. 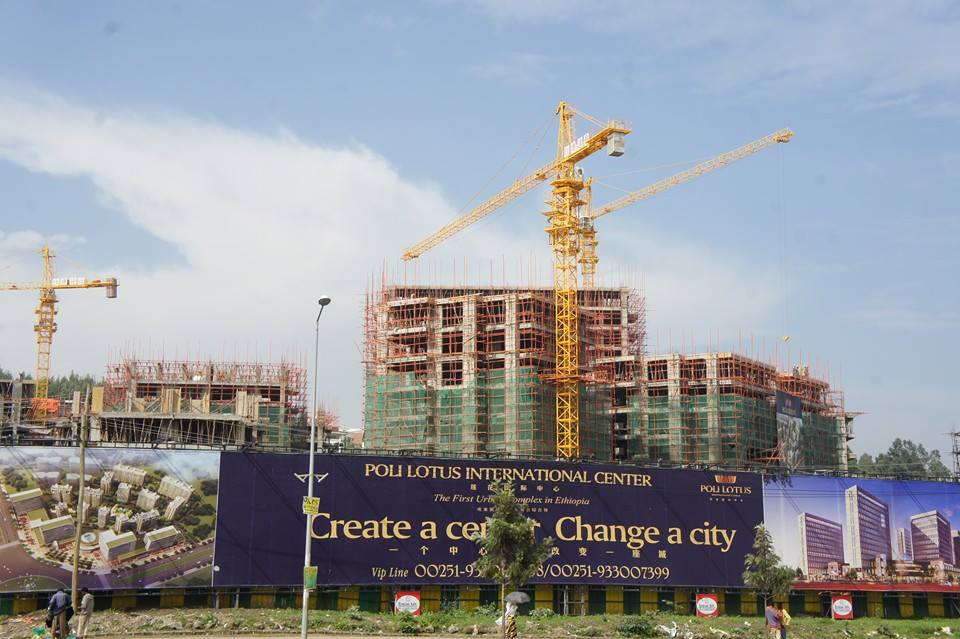 China does loom extremely large, however, principally when it comes to loans for urban infrastructure, construction contracts and industrial investments. Yet there is much misunderstanding and misinformation about China’s involvement, not to mention a significant dose of anxiety and prejudice. “Chinese aid” doesn’t always come in the forms that are often assumed.

I have recently started a new research project focusing on how the increasing role of Chinese agencies is reshaping ideas and practices of urban development in Africa, with a specific focus on Ethiopia and Uganda. This means asking what Chinese engagement means for the kinds of infrastructure projects that get implemented, the types of industries and jobs created, and the way governments acquire and manage urban land for development.

Moreover, it involves asking how this changing landscape of development co-operation is reshaping prevailing ideas about what constitutes a “good”, “well planned”, “modern” or “sustainable” city. We also need to better understand how South-South urban development cooperation is influencing, supporting or impeding what the “old” donors are doing, now that they have rediscovered the importance of cities.

To help kick-start the project and map the field of existing research relevant to its themes, I organised a workshop, hosted by the Africa Research Institute (more of ARI’s urban work is available here).

Discussions explored issues ranging from the physical form of “new towns” built by Chinese firms on the outskirts of African capitals; to how China’s aspirations about its own modernity are being shaped through its engagements on the continent; to the politics of urban emulation in Africa; to how international investors can profit from cities that never even get built.

As well as showcasing the breadth of emerging research on these issues, we broke into a number of more focused groups, guided by participants’ own interests and ideas. Some considered the nexus between local and global science, or between science and ideology, and how multinational consultants from different backgrounds tussle to define the urban policy space in Africa. The complexity of establishing ownership of decision-making in this multifaceted environment was a point of much debate.

In other sessions, there were interesting reflections on “layers of influence”, and how the engagement of “new donors” at the municipal or provincial level leads to very different outcomes than national-level engagement. For example, Brazilian development co-operation in Africa can be effective at pushing democratisation reforms in cities, but this mode of influence dissipates at the national level where governments often deliberately ignore strategies for democratic deepening.

Another set of questions centred on the apparent convergence of northern and South-South donor approaches. As international practitioners in Africa modify their approaches in response to each other’s ideas and practices, new opportunities emerge for African governments to pursue their own visions of urban modernity, tapping into sources of Chinese finance but also new aid-backed investment ventures.

It has often been said that international development aid is at a crossroads. But with seismic political changes on both sides of the Atlantic occurring at the same time as a period of unprecedented Chinese confidence, the statement rings particularly true. Africa’s evolving cities vividly reflect this reality. The availability of finance for urban development appears to be rising, with skylines following suit.

However, alongside a degree of convergence between North-South and South-South co-operation tensions are simmering beneath the surface. For example, the palpable excitement in China about deepening involvement in urban industrial projects in countries like Rwanda and Ethiopia comes at a time when traditional donors are feeling the strain of supporting regimes with questionable democratic and human rights credentials. Ironically, it is they who have helped over the past two decades with the groundwork to make those countries so attractive to Chinese engagement today, by assisting with building state capacity, instituting land reforms and trying to create business-friendly environments.

It is, of course, important to remember the real drivers of change in African cities don’t come from any international donor or investor. Many of the most exciting transformations are the result of “home-grown” economic innovation, political consolidation and fierce determination to tackle structural challenges. Yet it is undeniable that some of the main external inspirations for these processes – and funding to support them – have come from elsewhere in the global South.

What does all this mean at a time when China’s regime is not, as many hoped, moving towards democratic opening but rather political closure, at the same time as taking on the mantle of champion of globalisation? When aid is demonised in the West as never before? When the leader of the declining former world superpower has nothing better to say about Africa than that it is where his friends go “to try and get rich”?

If Africa is indeed undergoing an urban revolution, it is taking place in the context of a sea change in global geopolitics. The kinds of urban transformation evolving in this context are exciting, if sometimes unsettling – but are only just beginning to emerge. Watch this space.

Tom Goodfellow is a Senior Lecturer in Urban Studies and Planning at the University of Sheffield, and an Associate Fellow of the Sheffield Political Economy Research Institute and Sheffield Institute for International Development. He tweets @GoodfellowTom