Salary crisis and rebranding: the view from Bauchi state 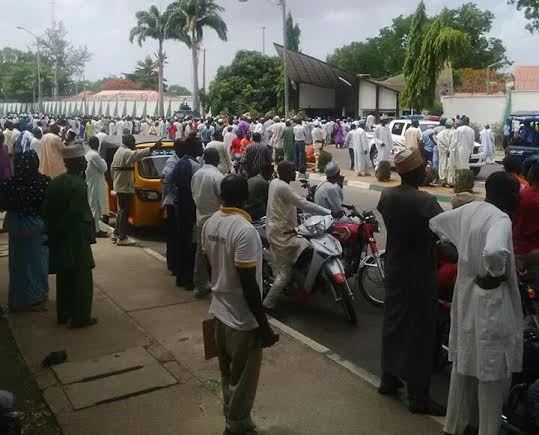 Since winning the Bauchi gubernatorial race in 2015, barrister Mohammed Abdullahi Abubakar has been forced to face up to a backlog of unpaid salaries, and what he has described as looting of the treasury by the previous administration.  The governor had little choice but to settle the four months’ salary arrears owed to workers; but against the backdrop of increasingly difficult economic conditions the constant recourse to a dwindling federal allocation, and Abubakar’s efforts to stamp out corruption, have precluded a smooth transition.

Civil servants have led protests against the non-payment of salaries and pensions. In May 2016, workers marched in the state capital from Games Village to Government House to demand their wages. Having not been paid for eight months, teachers also took to the streets in June and remonstrated at the offices of the State Universal Basic Education Board (SUBEB).

The protestors have not only targeted state institutions: they have also made their feelings known at the Emir of Bauchi’s palace. Both the paramount ruler, Dr. Rilwanu Suleimanu Adamu, and the chairman of SUBEB, Professor Yakubu Ibrahim Yaro, listened to their concerns and promised to seek action on the outstanding payments.

Cleaning up the state machine

In addition to the shortage of funds, there was another reason for delaying salary payments: a state worker verification exercise concluded in March revealed that there were 19,241 ghost workers on the payroll – in addition to 5,000 previously detected. Removing these will save the government close to ₦1 billion (US$3.1m) monthly. Annualised, this sum is equivalent to about one fifth of the 2015 state budget. The governor announced the suspension of 22 senior staff in state and local government service, including two permanent secretaries and six directors, for their alleged culpability in the ghost workers scam.

The governor has apologised to workers for the non-payment of their salaries during the transition and has pledged his commitment to pay legitimate staff. Those affected are hoping this happens sooner rather than later. Conversations I have had with members of the congregation in Bauchi Diocese tell of widespread and increasing suffering.

An employee of a government parastatal I spoke with lamented the consequences of non-payment of salaries, in Bauchi and all across Nigeria. According to him, this was stopping officials from carrying out their work and subjecting the families of government employees to undue stress and hardship. With six children at various stages of education, the man has found it increasingly difficult to find the money to pay school fees. The local price of a 1kg bag of rice has doubled in the past year from ₦250 to ₦500.

The economic dependency of the population of Bauchi on the state government is acute. The state is the biggest employer. Local manufacturing companies such as Steyr Ltd and Alind Nigeria are shadows of their former selves. In recent years Jifatu, a privately owned shopping mall, is the only enterprise to have created a few new jobs.

The church can only offer people hope that things will improve. Perhaps Governor Abubakar’s efforts to “rebrand” Bauchi will lead to the implementation of more people-oriented policy and programmes. The state is blessed with fertile agricultural land, serviced by two rivers – Jama’are and Gongola – which could be used to promote irrigation schemes. It is also high time Bauchi lived up to its motto – “the pearl of tourism” – and harnessed the potential. I have read that parks like Yankari could generate as much as ₦2.1 billion (US$6.6m) a year.

A hitherto lax and easily evaded tax system needs to be reviewed. If Bauchi’s internally generated revenue is maximised, and the savings from the elimination of ghost workers are realised, the state government will be far better able to fund capital projects as well as pay its civil servants. It is vital that the administration is weaned gradually off its dependence on hand-outs from Abuja.

Beyond hope, the people are demanding answers from the state. While they themselves have a duty to try and create alternative sources of revenue and to attract investment, the government has a duty to make real the mantra for change that brought it to power.

Fr. Justine Dyikuk is editor of Bauchi Caritas newspaper and communications director of Bauchi Diocese. He tweets at @just4realsquare.