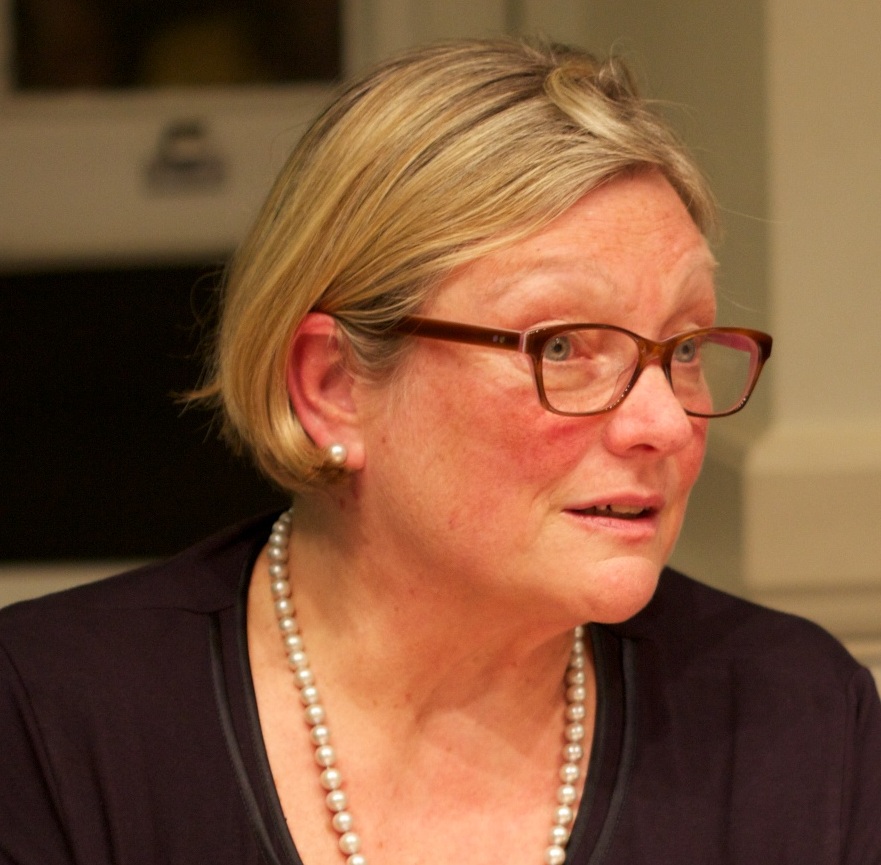 Jo Beall recently co-authored a chapter entitled “Conflict and post-war transition in African cities” in “Africa’s Urban Revolution”, a new publication from Zed Books. In this interview with ARI’s Melanie Archer, she comments on the ongoing conflict in South Sudan, explains what is unique about urban violence and dissects myths about African cities.

Jo Beall is Director of Education and Society at the British Council.

1.     In your chapter you identify three types of distinct but intersecting conflict that can affect cities. Could you define civic conflict and explain how it differs from other types of conflict?

Civic conflict is quite distinct from sovereign wars, where there is foreign engagement, and civil wars, which account for most conflict in Africa. It occurs when very healthy civic engagement – where citizens seek to hold governments to account – turns violent.

2.     How does this violence normally manifest itself?

Civic conflict can be instigated by citizens or the state. Let me give you an example of each.

In some cities in South Africa during apartheid, you had very violent expressions of dissatisfaction against the state by people who lived in deprived townships.

By contrast, in Zimbabwe in 2005, Operation Murambatsvina was a series of violent attacks by the security services on those living and working informally in the capital city, Harare.  This so-called “clean-up” campaign to rid the city of informal traders and shack dwellers was civic conflict perpetrated by the state.

3.     Could you speak about civic conflict in relation to South Sudan?

South Sudan is very interesting and I’ve recently returned from a visit to Juba, the capital city.

The secession of South Sudan in 2010 was the culmination of a 22-year civil war. Juba embodies many of the problems that can occur when civil wars end. In this instance, many, many people started flowing into what was a very tiny urban settlement in comparison to other capital cities. Juba is bursting at the seams. It is run by a new government that cannot provide services at the rate demanded by the population. Civic conflict results from the competition for resources and the demand for services in a city that is struggling to establish itself in a very fragile context.

4.     Are there any lessons from elsewhere in the continent that the South Sudanese government can learn?

The situation in Juba is not unique. A relevant comparison would be the city of Gulu in northern Uganda, which a couple of decades ago was quite a small urban settlement. Since the end of the 20-year civil war in the north of the country however, many people have poured into the city and Gulu is now Uganda’s second largest city in population terms.

Governments tend not to recognise the relationship between war or conflict and urbanisation, and therefore, they generally give little consideration to urban management and governance in peace building and reconstruction.

5.     How do rural/urban relations impact on conflict?

Civil wars are often fought in rural areas, disrupting not only agricultural production, but also political relationships between elites and their support bases. Peasant households are very vulnerable and that invariably results in either part or all of the family moving to urban areas. So the first relationship is the shifting of populations from rural to urban areas in the case of civil war.

The second type of relationship relates to when cities are the site of civic conflict and people send their children back to rural areas to keep them out of harm’s way, as was often the case in South Africa during apartheid. This is not something that can be observed everywhere in the world, but in Africa, where strong ties are maintained between urban dwellers and their rural extended family, it is quite common.

There are two reasons. The first is that cities are often the stronghold of a particular warring faction. In Angola, for example, the capital Luanda was in the hands of the People’s Movement for the Liberation of Angola (MPLA), one of the warring factions in the civil war. They maintained peace in the city because it was their principal base and stronghold.

The second factor relates to trade. In the Democratic Republic of Congo, the eastern city of Goma has long been a haven of peace despite years of violence and upheaval in the surrounding region. Goma emerged as a hub of the war economy, so there were a lot of vested interests in keeping the city peaceful for commercial purposes, particularly in relation to cross border trade.

7.     Could you expand on the notion of the myth of the temporary city?

Many African governments are in complete denial with regard to urbanisation and certainly the relationship between war, refugees and migration. Their assumption is that people will return to the rural areas once hostilities end, but so often this does not happen.

8.     Do you think we will see more foreign interventions in civic conflict?

I suspect it will be less the case as we go forwards. In Somalia, foreign intervention in Mogadishu in the 1990s was not a success  and was a devastating experience for American troops. I think there are still lessons being learnt from that.

On the other hand, the British intervention in the Sierra Leone civil war did help bring a resolution to the conflict – or rather contributed to the peace – and was welcomed by much of the population. But there is less appetite for foreign intervention in African conflicts now than was the case in the latter decades of the 20th century.

9.     How can academics deploy their research findings to best effect?

I think there is a huge tendency to see Africa in dystopian terms and to regard African cities as malfunctioning, miserable places. To some degree, this notion does not reflect reality, although infrastructure is abysmally poor.

My co-author Thomas Goodfellow wrote a paper called: ‘Kampala the Bastard Child of Nobody’. The title was based on a quote from one of his informants who said people feel responsible for their village, their neighborhood and even Uganda, but they don’t feel responsible for the capital city. It falls between stools. The city is a neglected bastard child. To some degree, this sentiment comes from a long period of ignoring the city in Africa.

So, academics can simply provide the evidence and make the arguments – evidence about the impact of urban growth and evidence based arguments about how city governance can be improved. I believe the tide is turning but the political momentum for addressing these issues will come only when policymakers start to heed those things.

10. Is there now a shift in focus towards urban issues?

I think there is. I wouldn’t call it seismic but there is a significant shift towards recognising the importance of the city. I think there are two underlying reasons for this change.

The second reason is the growing focus on the environment and sustainable development, particularly among those who see a solution to the problems of climate change as largely resting with solutions that will allow us to adapt to the changes wrought. Cities are crucial to this line of thinking. Adapting to climate change requires technology, new forms of building and different ways of addressing infrastructure, habitat and people. I think cities provide the space for that.

Jo Beall recently spoke at the panel discussion launching “Africa’s Urban Revolution”, a new volume published by Zed Books, which has been reviewed by our own Hannah Gibson.