The “Failure of State Legislature”: a view from Bayelsa 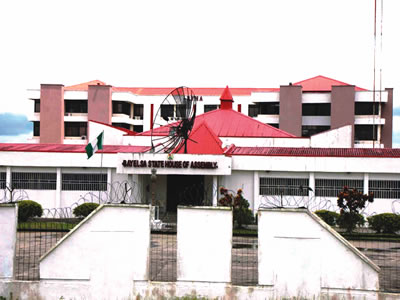 On 19 July 2016, Governor of Bayelsa State Henry Seriake Dickson forwarded a bill to the House of Assembly for the establishment of the University of Africa. The institution was to be owned by a public-private partnership between the state and private investors (whose precise identity remains unknown). The bill passed first and second readings on the same day and was referred to the House Committee on Education. On 20 July, barely 24 hours after its introduction, the committee reported back to the Assembly; the bill passed a third reading and became law.

Remarkably, this was taking place at a time when the state-owned Niger Delta University (NDU) had been on strike for almost three months, because the government had not paid staff salaries for over six months. NDU’s financial challenges went beyond just payment of salaries to broader long-standing infrastructural deficiencies. In fact, the university had only just succeeded in holding its first convocation ceremony in six years due, in part, to the shortage of funds. In this context it seems difficult to understand why the state government was seeking to establish a new university instead of dealing with the problems at the existing one. There was no apparent critical need for new higher institutions in the state, especially considering that a federal university has recently been established in February 2011 in the state.

More confusing still was the urgency with which the House of Assembly had passed the law establishing the new university. The NDU branch of the Academic Staff Union of Universities had protested against the bill, demanding that the government answered certain fundamental questions: why was there a need for a new state university when the government was already struggling to fund existing higher institutions? Who were the private investors? What percentage of ownership would the state and investors hold respectively? How much money would the government be committing to the project at the start and subsequently?

A public hearing on the bill seemed appropriate; at the very least a serious debate in the Assembly should have taken place. But neither of these materialised and less than two weeks later the National Universities Commission (NUC), approved the establishment of the University of Africa. It emerged that Dickson had personally visited the NUC office to present the law and collect the letter of approval. It was yet another instance in which the will of the state’s chief executive had prevailed over that of the citizens, many of whom felt let down by their representatives in the state legislature. This was nothing new in Bayelsa state, where the input of the legislature in the democratic process has been illusory.

In a functioning democracy, the legislature is broadly considered to be responsible for law-making, representation and oversight. As the people’s representatives, legislators are expected to respond to the aspirations and concerns of their constituents when making laws and acting as a check on the exercise of power by the executive branch of government. In recognition of this, sections 128 and 129 of the 1999 constitution grant extensive powers of oversight to state legislatures, in addition to their general law-making powers.

Regrettably, the democratic experience in Bayelsa is one that has consistently failed to benefit from any meaningful input from the state legislature in terms of oversight, representation or law-making. Apart from its now irreversible actions in relation to the University of Africa, other recent events in the state vividly demonstrate the ramifications of the legislature’s failure to provide sustainable and meaningful governance.

One of the most laudable steps Dickson took immediately after his election in 2012 was to establish a compulsory savings scheme. At that time, with the high oil price, the state as a producer was receiving record allocations from the federal government. By 2014, the government noted in its Medium Term Expenditure Framework that it had accumulated savings of ₦40 billion (US$127 million). Yet, just a year later when revenue allocations to the state dwindled due to the fall in oil prices, the government was unable to pay the salaries of civil servants.

The Assembly failed to raise any questions over the whereabouts of savings that were specifically meant to take care of situations like this. Instead, by the end of 2015 it had given express approval to the governor to secure loans totalling ₦65 billion (US$206 million). The result of this decision was that any revenue accruing to the state was now being used to discharge its debt obligations, with nothing left to pay salaries.

Previously, in 2013, the legislature had failed to carry out its primary responsibilities when it passed into law a bill the governor had forwarded to criminalise “rumour mongering”. The pliant Assembly hastily passed the bill, which was obviously intended to quell political opposition, without considering how it aligned with respect for freedom of speech and whether existing laws on defamation were not already sufficient. What was clear was that the will of the governor had prevailed yet again.

The overwhelming reality in Bayelsa is that the state legislature has become an appendage of the governor, unable to fulfil its strategic role in the process of democratic governance. The function of checking executive action in the state therefore falls to civil society and opposition parties. While these perform an important role in a democracy, they cannot substitute for the democratic mechanisms established by the constitution to hold the executive accountable.

The provision of financial autonomy for state legislatures in the country will be pivotal in empowering them to perform their constitutional roles effectively. Furthermore, an increase in the number of opposition legislators could help: opposition members have never accounted for more than 20% of the Assembly in Bayelsa. This will take time to achieve and depend on a broader range of issues.

Until then, state legislatures must be alive to their central role in curtailing the “tyranny of governors” in Nigeria. Such absolute exercise of power by the executive is not only inimical to development, but also weakens democratic governance at the state level. The proof of this in Bayelsa is very much evident and some of the painful consequences irreversible.

Matthew Ayibakuro is a lecturer at the state-owned Niger Delta University who is currently on study leave at Birmingham Law School. His doctoral research considers rights-based approaches to governance in sub-Saharan Africa.  Matthew blogs at The Africa Development Dialogue