Religious strife: a view from Kaduna 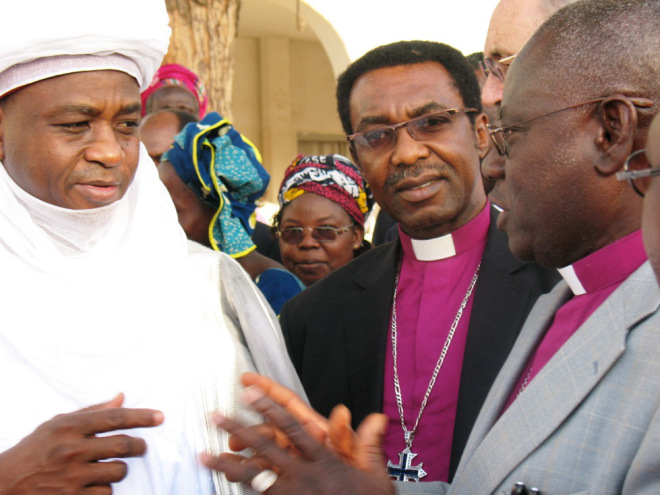 Driving around Kaduna, former capital of the Northern region and a melting pot of religious and ethnic groups in Nigeria, one cannot help but notice the vast number of churches and mosques dotted about every neighbourhood. Religion has always been an integral part of the lives of Nigerians, defining identities and determining how citizens relate to each other.

Having attended secondary school in Kaduna between 1978 and 1983, and moved there permanently in 1984, the city has to all intents and purposes been my home for over three decades. Throughout that period, religious beliefs have from time to time been expressed through violence. In 1987, riots that began at the State College of Education Kafanchan when Muslim students clashed with a Christian congregation spilled into other parts of the state. Eleven people died in violence that continued sporadically for a week. My university – Ahmadu Bello – in Zaria, was caught up in the turmoil.  I joined more than 100 students who walked 5km from the Samaru campus to the Kongo campus to avoid trouble. Kaduna experienced further religious violence in 1992, 2000, 2002 and 2011.

While the political elite often pushes the idea that differences are what make Nigeria great, government actions and policies are usually more divisive than unifying. Religion remains a major factor in everyday decision-making.

Last year I returned to Kaduna after six years away and was concerned by the religious divisions I encountered. They seemed more entrenched than ever. The city is increasingly split along ethnic and religious lines, with Muslims and Christians living apart. The state government is alive to the danger of sectarian division. Apart from providing more job opportunities for a teeming youth population, there is a need to check the activities of “rogue” extremist preachers who promote intolerance among the many with limited prospects.

State Governor Nasir El-Rufai, himself a Hausa Muslim, has forwarded a religious preaching bill to the House of Assembly for consideration. The revised Kaduna State Regulation of Religious Preaching Edict No. 7 of 1984 would place responsibility for oversight in the hands of the main Islamic and Christian religious bodies, the Jama’atu Nasiru Islam and the Christian Association of Nigeria (CAN). It also provides for the establishment of an inter-faith ministerial committee whose members the governor will appoint.

Groups on both sides of the religious divide strongly opposed the bill, on the grounds that it could be used to stifle religious freedom. Sections of CAN, especially those in the northern part of Kaduna, have gone further, stating that the new law is part of a grand plan to Islamise the state. Deputy Governor Barnabas Bala Bantex sought to assuage such fears by declaring that “there is nothing in the bill that suggests any effort to abolish, stop or derogate on the freedom of religion and religious beliefs”. The positioning of religious groups indicates of one of the major problems in the state, and the country at large: every government policy is viewed through the lens of ethnicity or religion.

Searching for the middle ground

I can understand the opposition in some quarters to the bill, but if it is enacted I think it could help check the influence of extremist preachers and improve relations between Muslim and Christian communities. To do so, it should build on a number of local initiatives that have emerged in the past few years. For example, the Women Interfaith Council and the Interfaith Mediation Center, both based in Kaduna, have actively sought to bring Muslims and Christians together. Support for such initiatives must be redoubled.

If Kaduna fails to counter the threat of religious extremism, it risks being plunged into another round of ethno-religious strife. Recent efforts to restrict the activities of Shia group, the Islamic Movement of Nigeria, have reminded us that that seeking to “control” the activities of any volatile religious group is fraught with danger. Clampdowns and proscription have the potential to replicate the kind of conditions and environment that supported the evolution in states to the east of Kaduna of the Jamāʻat Ahl as-Sunnah lid-daʻwa wal-Jihād, better known as Boko Haram.

Dr Bala Mohammed Liman is a conflict and development analyst based in Kaduna, Nigeria.